Chris Weston
Head of Research
Share
We’re testing a few of the outer-range limits in my FX volatility matrix, so it will be interesting to see the level of defence here.

My upper implied weekly range in EURUSD stood at 1.1757, so it will be interesting to see if that can hold on a closing basis (weekly). We hit a session high of 1.1781 before a few sellers have moved in, so at this stage the barrier is holding and, on the day, we see the USD 0.74% lower and down against all major currencies.

USDCHF moved into 0.9167 before the buyers have taken it up to the figure where price has been quite sticky – happy to move to the sidelines on USDCHF and let the market resolve the indecision, with USDJPY getting the new focus and I would look at short orders into 105.90.

There is a lot to focus on this week, but I feel at the heart of everything going on traders are running short USD, long gold, and long equity positions into this week’s FOMC meeting. When I see headlines that ‘FOMC expected to bolster dovish bias’, it makes me feel a few USD shorts may get concerned that perhaps the Fed won’t show the urgency at this specific meeting to signal a move to a new monetary framework – that being average inflation targeting and an outcome-based approach to policy setting.

A new policy from the Fed is coming – it's key, but when?

A new policy regime is coming though, it’s just a matter of time and that just reinforces the idea that USD rallies are to be sold and gold weakness bought. When this new regime is formally announced, it will be married with stronger forward guidance, and a commitment to look at further easing when conditions dictate. This change absolutely warrants a weaker USD and will likely be a trigger for a renewed move lower in real Treasury yields (good for gold etc) – there is no doubt the market is front running that announcement. The question is how much will be pre-announced in this week’s meeting.

Will we see a 'sell the rumour, buy the fact' scenario play out?

The possibility of a sell the rumour, buy the fact, or lack of facts in the USD is real. Don’t also forget that shortly after the Fed meeting many will need to prepare to hear numbers from Apple, Amazon and Google, in what is the biggest percentage of US index weighting (and a monster $6.6t market cap) to report after-market ever. With the average implied move between these three names at 5.2%, it could be a very interesting few hours in markets.

Back on the FX play, and most of our flow has involved the USD or gold and this is fitting with broader markets because the USD is so influential to markets and has been since mid-May. Granted, we can attribute some of the moves to idiosyncratic factors such as the collapse in the Italian-German yield spread which has compelled a EUR bid - with the EU Recovery Fund reducing sovereign risk. But this is predominantly a USD move, with the US no longer exceptional as an investment destination and the best (or only) house in the neighbourhood. Where capital was so concentrated in US assets that it has since been part re-distributed, with the rest of the world converging by way of growth differentials.

In the last week or so, it’s been a 101 in short-term trend following, and despite the various oscillators telling you a market is grossly overbought or oversold (in the case of the USD) these conditions can get even more so. How do we buy EURUSD or gold when we’ve already seen price go almost parabolic? It just doesn’t feel right, but this is a science many will try and perfect or stay firmly out of.

We’ve had 12 days with EURUSD closing above the 5-day EMA, yet if I apply shorts now, my risk is we see another 50-pips of upside before mean reversion kicks in. Naturally, its times like these when even people who hold trades for longer durations and trade less frequently head to simply have to revert to far lower time frames to get involved with the move when it does finally happen.

Or, rather than pick tops in EURUSD (lows in the USD) and look at areas where any profit-taking could offer a better entry in this trend. I guess that depends on how aggressive you are as a trader. For me, I like the feel to USDJPY, but EURUSD is a tough one.

Gold has been the talk of the town, with price hitting 1945 before consolidation kicked in. Silver is flying and has been well traded, as a higher beta precious metals play and again the fortunes of the metals are linked to the same issue we are seeing in the USD. I guess we can take this out to Bitcoin too, with price up 12.5% and coming up on my radar for the first time in a while means it will likely get smashed, but how good does the set-up look! As I have mentioned, will the Fed derail the move?

What's on the radar that could impact?

Before assessing the economic calendar, at a big picture level we stay politically sensitive this week, with US Phase 4 fiscal negotiations firmly underway and headlines put us on alert for plans from Senate Republicans in the session ahead. While we hear the REPs will include $1200 stimulus checks in the program, it may still be a tall order to think we get enough convergence between the GOP and the DEMs, especially on aspects like unemployment benefits, to obtain full Congressional sign-off by the end of July expiry.

Watch USDCHF and USDJPY as two hedges against no political resolution. Notably USDCHF, which, while oversold, is eyeing the March low of 0.9180. USDJPY has found good support into 106, but a break here and I'm holding shorts for 104.50. I like selling strength in both pairs.

The market has shown an increased sensitivity to US-China relations, so any further escalations could see risk against the ropes. Once again the NAS100 will be most sensitive in equity land to the narrative, and considering the options market is pricing a 3.9% move (higher or lower) on the week, traders are preparing for big moves. The AUD and CAD look vulnerable on the weekly timeframes. I'm watching EURAUD longs, as a base is building, but we need a closing break through 1.6420 and the 200-day MA. We may start to see trending conditions and I will very much be a part of that.

For index traders do consider the corporate reporting calendar. This Thursday aftermarket (from 6am AEST Friday) we see Apple, Alphabet and Amazon all report in the after-market session. For context, with a handful of other names due to report, this represents some 35% of the NAS100 index weighting reporting in that narrow window. Now given the implied move on the day (derived from options pricing) is 4.3%, 5% and 6.4% respectively, it’s not hard to believe we could see some big moves in the market.

US – July consumer confidence (00:00 AEST) – consensus is for the index to fall from 98.1 to 94.4. Not a data point that tends to move markets despite its importance. Depending on the outcome (vs. consensus) on this occasion, this has the potential to move the dial.

Australia – Q2 CPI (11:30 AEST) – arguably the highlight on the Aussie calendar, with consensus calling for headline CPI to fall 2% QoQ and 0.2% YoY. The trimmed mean print is eyed at 0.1% QoQ and 1.3% YoY – should these calls play out it would represent the biggest decline in inflation since 1953 and could cause some immediate vol in the AUD pairs, although I’d be fading any major moves as its unlikely to alter the RBA’s thinking. Keep an eye on AUDJPY, where price has rejected 76.70 and where a move through 74.76 would be something I’d be interested in trading from the short side.

US – FOMC meeting (04:00 AEST) – the marquee event risk for traders. Little is expected, but we know a change in the Fed’s framework for stronger forward guidance is coming, with the Fed laying a platform for a major change in either the September or November FOMC meeting. As detailed in prior commentary the Fed is reviewing its framework to move to an average inflation targeting framework, which would allow inflation to move above 2% for an extended period before hiking rates. They may use the ‘dot plot projection’ to strengthen this action, moving the long-term dot to 2% (from 2.5%). Expectations of a change are pushing real rates lower and weighing on the USD and supporting gold – however, if the Fed shows a limited willingness to move the framework in September then it could trigger USD short-covering and see gold under pressure.

US – Q2 GDP – consensus is for a 35% contraction QoQ (economist range -40% to -26.2%) – the consensus here is in-line with the Atlanta Fed GDP tracker (-34.7%), yet while this is an ugly number lets consider the market is looking into Q3 and not in the rear-view mirror. Let’s also consider that the GDP print will be subject to some sizeable revisions, so despite the market learning just how bad Q2 was, unless it really misses, then I would like to believe this will not be a volatility event for markets. Looking forward, the NY Fed see US Q3 GDP at 13.31%, while Larry Kudlow has detailed that he sees 20% GDP growth in Q3 and Q4.

US – also at 22:30 AEST, we get weekly jobless claims and core PCE inflation

China – Manufacturing and services PMI (11 am AEST) - the market expects the index at 50.8 (from 50.9) in the manufacturing print. I would hesitate to feel this is a vol event, so while it is important in the scheme of things, unless its significant miss/beat that I’d have limited issues holding exposures over this event risk.

Canada – May GDP (22:30 AEST) – the market expects 3.5% MoM growth, and a contraction of 14.7% YoY. I can’t get enthused about GDP being a vol event, so hesitate at believing it will materially impact the CAD. 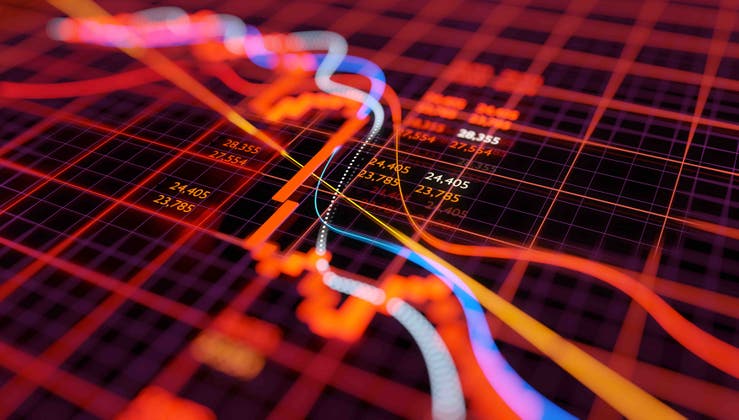 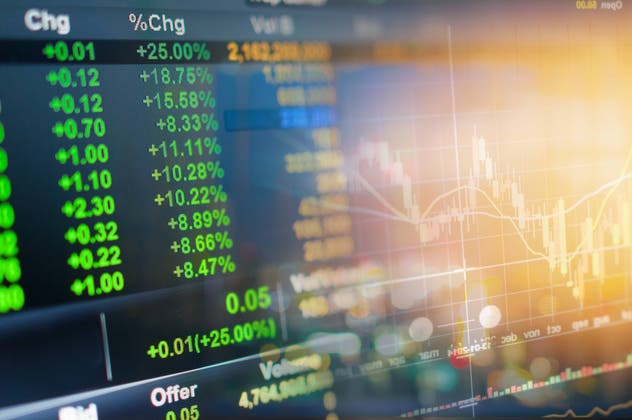