EURGBP has traded in a 196-pip range and smashed the 92-handle, and trades at the highest since March. At the ECB meeting, Christine Lagarde did say the EUR was being watched but there were no signs that it was much more than that and the chance to jawbone the currency was lost - a green light for traders to buy EURs. We saw some positive tweaks to growth and things are ticking along somewhat better than they had expected, but there are many downside risks for the bank and Lagarde was quick to point out the headwinds here. It’s also clear the ECB’s job is far from over and while they refrained from giving us much on a near-term increase in the size and scope of the PEPP (asset purchase) program, I see the December ECB meeting being one where they’ll offer the market a roadmap on the program and when it will be expanded; because it will be.

It’s the GBP side of that equation that has been dealt the hammer blow and along with the ZAR is the ugly child of the ‘major currencies’. The selling was relentless through EU and into US trade, with GBPUSD moving from 1.3035 to a low of 1.2774 and with it we’ve seen GBPUSD 1-week implied vol moving to 12.61% and the highest since mid-June. We asked during the week if the GBP was becoming more of a political beast and clearly the pound is wearing a greater political premium. We’re seeing traders hedge risks around the EU Summit on the 15 October and its perfectly clear that in the wake of the EU-UK joint Committee, the EU are in no way happy about the UK’s Internal Market Bill, which they detailed “has seriously damaged trust between the EU and the UK. It's now up to the UK government to re-establish that trust."

It seems a lifetime ago that cable was above 1.33, but let's see if the buyers can support at the 10 June swing, as the pair is now oversold. However, in this trend I’d be trading for mean reversion over anything else, as I would EURGBP.

The USD has had a remarkable turnaround really from the start of US equity cash trading, where the USD strength was broad-based. It certainly resonated in a solid reversal in EURUSD, which collapsed from 1.1917 and now sits at 1.1823. Again, we’re honing in on the 1.1750 double-bottom and that may get called into play if this USD move gets legs through Asia and we then see a hotter-than-forecast US August CPI print at 22:30 AEST – the market expects core CPI (YoY) unchanged at 1.6%, while headline CPI is eyed to improve 20bp to 1.2%.

I always like to revert back to the USD ‘smile’ regime to understand the backdrop by which the USD takes its direction. The US move that has played out is aimed at the far left (risk aversion) and outperforming on risk drawdown. 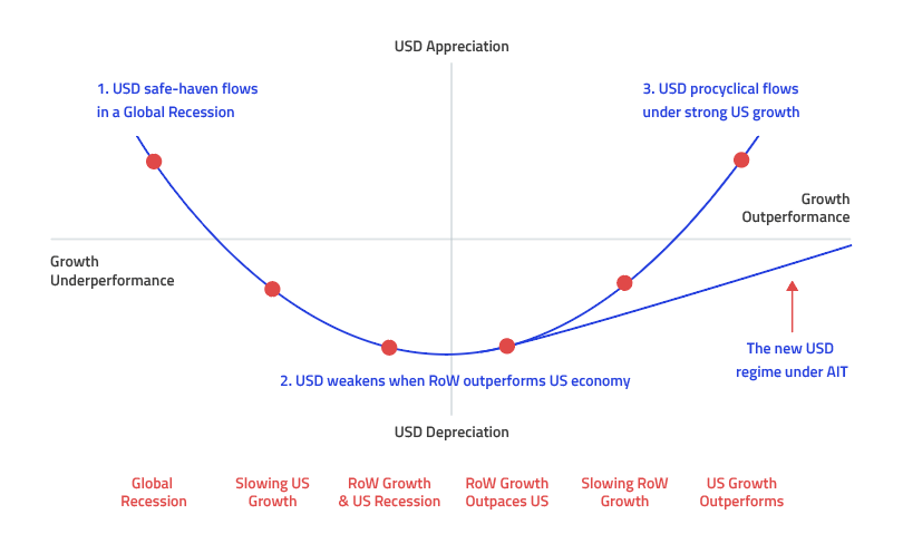 Let’s see if the USD move reverses course next week with the FOMC due to meet on Wednesday (or Thursday at 4:00 AEST). It's interesting to note, that the measures of inflation expectations I have been referring to in past communications (such as breakeven rates) have all been driven by better liquidity in the TIPS markets, where very little of the move has been driven by the market actually believing we are seeing future inflationary pressures. The Fed have a massive mountain to climb.

This is tough to comprehend as the inflation models are put together by PhD’s and the papers are hard graft, but needless to say if the Fed is going to be pro-active in driving inflation higher, then it starts now. We need answers on how they will actually achieve its new goal and we need to believe them – credibility is everything. If the Fed means business, they need to shock the market, change behaviours, and make people believe prices are going higher. It’s all perception, pure and simple and it’s the only way it will work. A failure to give us a roadmap and the USD will rally and equities should find sellers easy to come by.

Will the market therefore run short USD positions into the FOMC meeting? That will be the number one question for next week.

Our flows in gold have been as high as any instrument, yet a look at the set-up in gold (XAUUSD) and it’s clear that no one in the wider market is prepared to stamp their authority and dominate the move. There's a lack of conviction from the buyers and sellers to really push price materially and consolidation with the ranges contracting. This usually means we get a vol move, but which way? 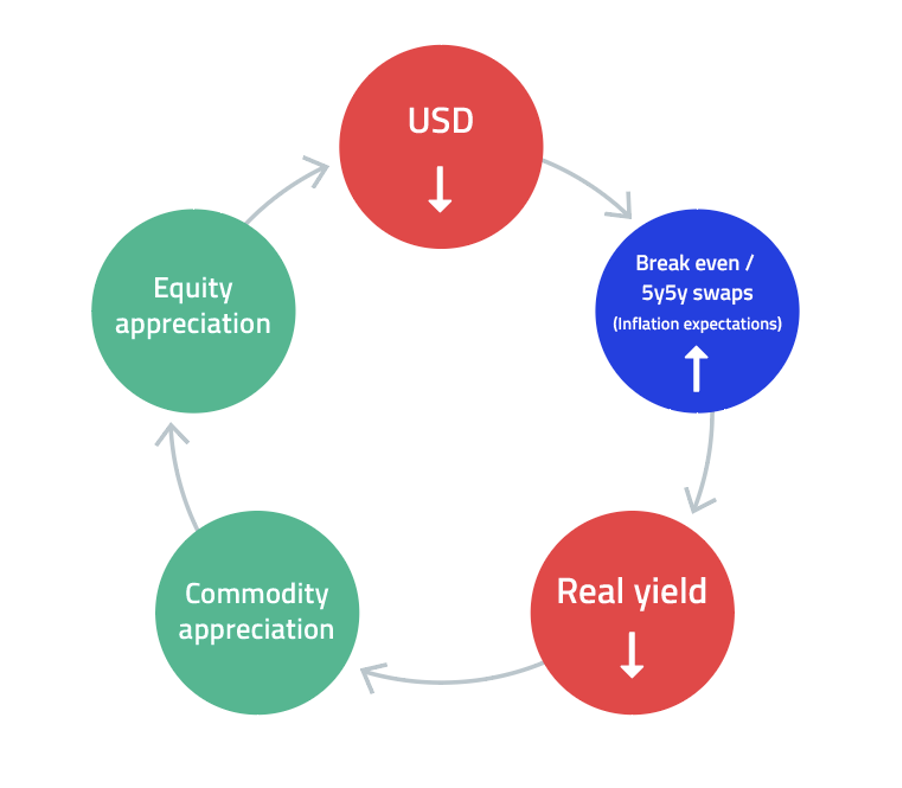 This is one of the many times patience is key and we wait for the market to compel rather than prophecies. But it’s clear, if the Fed is to gain credibility then they need a weaker USD, higher inflation expectations, and lower real rates. If they go after that equation then gold is going back to $2k. If they can’t then gold breaks to the downside and could be targeting $1850/00. 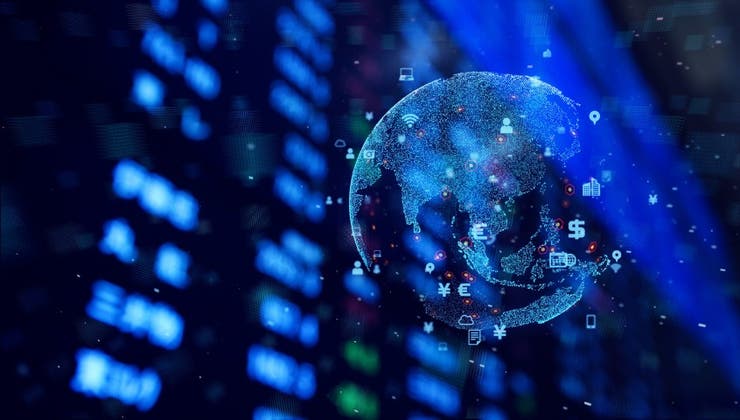 US
Pepperstone doesn’t represent that the material provided here is accurate, current or complete, and therefore shouldn’t be relied upon as such. The information provided here, whether from a third party or not, isn’t to be considered as a recommendation; or an offer to buy or sell; or the solicitation of an offer to buy or sell any security, financial product or instrument; or to participate in any particular trading strategy. We advise any readers of this content to seek their own advice. Without the approval of Pepperstone, reproduction or redistribution of this information isn’t permitted.