Chris Weston
Head of Research
Share
We’re just 15 days away from the US election, an event which dominates conversations in the markets, as it does in everyday life.

There's so much that can happen between now and the 3 November and we watch for this week’s third (and final) presidential debate for signs that Trump can claw back some ground in the national and state polls. Fiscal remains the buzzword, but forget the Republicans move to pass a $500b bill, it will not see the light of day and expectations of a new stimulus bill have been pushed into 2021.

If the market continues to believe a ‘Blue Wave’ (I.e. Biden in the White House and the DEMs in the House and Senate) is the likely outcome then volatility and market positioning shouldn’t shift too greatly.

That said, while everyone has questions, here are a few that I continue to consider.

1) Contested vs accepted. While expectations of a contested election have receded a touch of late, it's still the dominant question. Looking across the options landscape, I still see so much hedging of potential drawdown in risk assets that it makes me question whether any outcome, be it Trump or Biden, Blue wave or split Congress doesn’t actually matter. The fact we have certainty and we know what the business landscape looks like, could be enough to cause an unwind of contested hedges and sheer relief that a decision will not involve the Supreme Court. Even if this relief is short-lived remember that markets love certainty.

2) What are stimulus expectations? The belief, at least from the optimists, is that fiscal will continue to support and when married with incredibly accommodative central bank policy should drive consumption, an earnings recovery and even inflation in 2021. This is also conditional on a vaccine being rolled out next year and COVID-19 hospitalisation rates remaining low. At this stage, there are high expectations that if Biden can get the White House (WH) and have full control of Congress that he’ll push through a $3.5t fiscal program in early 2021, a fate that could have sizeable implications for inflation expectations and markets more broadly. If Biden gets the WH but the REPs hold the Senate, the next most probable scenario (according to the odds), then there is little chance the GOP will pass this size stimulus and we’ll be looking at something closer to $1t.

Should Trump get the WH and we see a split Congress (the DEMs seem assured of the House) then we can expect a stimulus of $500b to $1t.

3) To what degree is the ‘blue wave’ scenario already priced? If we look at betting site Predicit they have a ‘blue wave’ scenario priced at 58%, with Superforecaster at 61%. So, there's still a large degree of doubt, and this mostly lies with the DEMs ability to take the Senate, which seems a close call. In terms of markets, the idea that a ‘Blue Wave’ would set off a reflationary trend in assets can loosely be seen in the US bond market with the 30-year Treasury pulling higher from my simple COVID basket and US 10-year yields widening to 136bp over German bunds, although Europe also has a pressing inflation problem.

In the rates market, we see the first rate hike from the Fed has been brought forward over the past month from June to March 2024, reflecting a view that the Fed may have to tackle higher inflation if the DEMs can push through a $3t+ stimulus in 2021. If markets were fully reflecting a ‘Blue Wave’, I’d expect good sellers of various 2024 Eurodollar interest rates contracts, and a repricing of the first hike to late 2023.

In equity markets, we’ve seen a strong outperformance from the MSCI Global Alternative Energy Index over the MSCI Energy Sector, a reflection that Biden will try to push through a $2t green energy bill. Elsewhere, if the market was truly fully positioned for a ‘Blue Wave’, I’d have expected small caps to outperform large caps and a more bullish trend in cyclical sectors vs defensives and value over growth stocks.

4) Is a ‘Blue Wave’ really that USD negative? I’ve written about this and consensus thinking is that this scenario would be a USD negative, as a massive fiscal stimulus would radically increase the budget deficit and after a period where nominal Treasuries sell-off (yields higher), we’d see the Fed respond with new measures to keep government borrowing costs in check. This should have the effect of lowering real (or inflation-adjusted) Treasury yields, which has been a big USD negative. However, the other way to think about this is from the relative attractiveness of the US as an investment destination. Perhaps the US again becomes the most desirable place to park your capital and we see massive capital inflows, which has the effect of strengthening the USD?

Maybe the consensus is seeing this wrong and this scenario is a USD positive. Could we, therefore, see gold rising with a strong USD?

Consider Biden in the White House and a split Congress. Gridlock means less fiscal support and therefore more work for the Fed to bring down real rates and achieve its policy objective. Could this be the bear case for the USD? Short USDMXN would be the trade for me here given improved relations with key trade partners.

5) Would a Biden government be a game-changer for US tech? Potentially, but the US tech sector is hardly underperforming on recent news flow and investors don’t seem worried at this stage. Much of the DEM old guard, as well as Kamala Harris, are close to big tech, despite policies expressed by Bernie Sanders or Elizabeth Warren - if implemented would almost certainly be a game-changer. The market still feels that tech works well in a low yield world. The market senses that life will become problematic for US big tech, with a Biden administration eyeing their monopolistic qualities, but whether we see a dramatic shift into value (such as banks or materials) is yet to be seen.

Naturally, there are many more that spring to mind, such as when we actually get an outcome or future trading relationships. However, these are a few that are top of mind 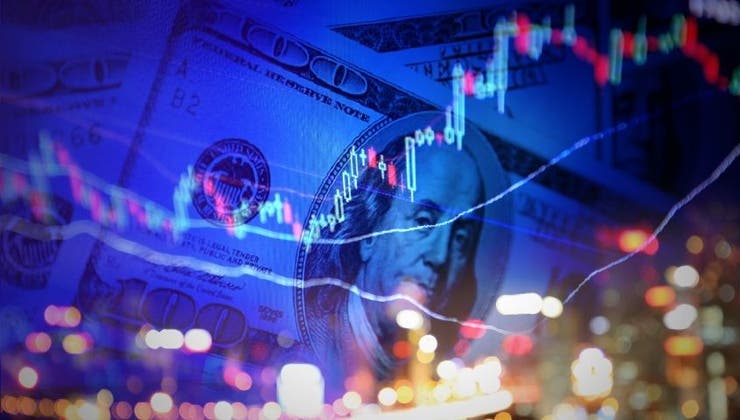