Homepage/Trader thoughts - the risk bulls have had their fun/
US500FED

Trader thoughts - the risk bulls have had their fun

Chris Weston
Head of Research
Share
It feels like we’ve had our fun and the Fed is now going to step back in front of the inflation curve and quash any further easing of financial conditions.

While Bill Dudley (ex-NY Fed president) has long retired, his view that the Fed should keep pushing on with hikes and pause only once the fed funds rate is above 3% seems conveniently timed. As do comments from SF fed President Mary Daly that they should get the funds rate to 2.5% as quickly as they can.

It seems after a 9.5% rally in the S&P 500, high yield credit spreads coming in 86bp, a 3.4% slide in the USD and 5yr real rates heading from +3bp to -30bp, this isn't the time for the Fed to let its inflation-fighting credibility slip. So, after various Fed banter (and some largely positive data), on the day we’ve seen a solid move higher in US real bond yields, with 5yr TIPS breaking out of a bull flag pattern, which suggests they could move into positive territory again and maybe start to trend – this is putting upside pressure on US Treasury yields and in turn, the USD is finding its time to re-shine as shorts cover and new longs start to wade back in – notably vs the JPY, which is now above 130, and remains the most sensitive to moves in bond yields, as we start to think about the central bank divergence trade once more.

We’ve seen the NAS100 -0.7%, but I’m surprised Gold is holding in as well as it has given the move in the USD and real rates – as they say, when things don’t go down when they should, we take notice, perhaps XAUGBP longs are the way to go though if we are in for a new period of USD strength. 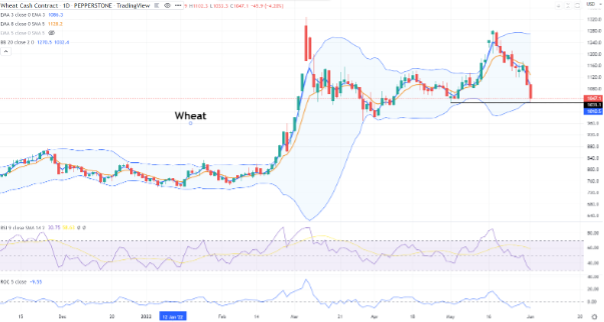 Global CPI is now running above 8% - which is a multi-decade high - but the question is whether inflation has peaked? I sit in the camp that it has, but it will be sticky and if it's to come down it will be gradual. I'm certainly compelled by the moves in wheat, although shorts would like a break of 1034 and that 20% decline looks good for the human race, with recent calls of an impending food crisis.

We’re also seeing signs of supply chains easing - nothing dramatic, but freight costs are easing, corporate inventory is building and, in the US, (West Coast) port congestion has decreased. We’re not really seeing this in inflation expectations, with US 5yr inflation swaps holding flat at 2.65% and caught in the 2.80% to 2.53% range for the past few months – ideally, equities would want to see this gravitate lower, taking an optimist’s view, at least it’s not testing 2.8%. 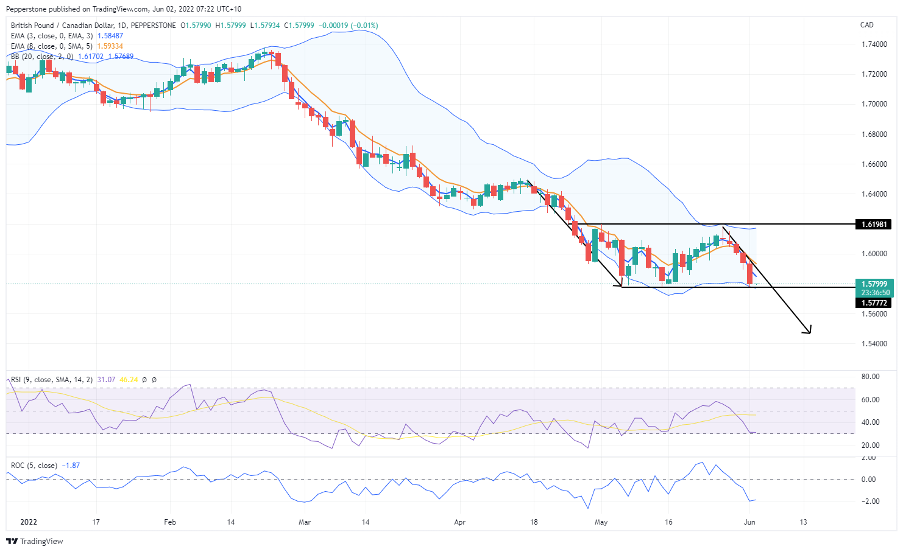 So, having been a EURUSD bull, I move to the sidelines on that, respecting the moves in the USDX and eyeing the bullish moves in USDJPY. CADJPY is worth putting on the radar, as that looks genuinely strong with a bullish reaction to the Bank of Canada meeting and some are asking if the bank could hike 75bp at one of the meetings in the coming month – that's if inflation doesn’t settle. GBPCAD shorts are firmly in play, although I want a closing break of the 1.5783 support and then I’d be targeting 1.5450 – one for the radar, but the alerts are set. GBPCHF shorts are also in play and again this looks ready to break down in my opinion, watching the moves closely here.

Of course, the fact the Fed’s balance sheet reduction plans are now underway – with the Fed allowing $30b of US Treasuries and $17.5b of Mortgages on the asset side of the balance sheet to mature (per month) and not be re-invested. Given the moves higher in US Treasury yields we ask has the market already moved and priced in that a price-insensitive buyer will be less influential in the bond market? It feels like that's the case, but there's no doubt that balance sheet reduction and then lower reserves are a net negative for risk and should contain rallies for now. Trade the possibilities with Pepperstone. 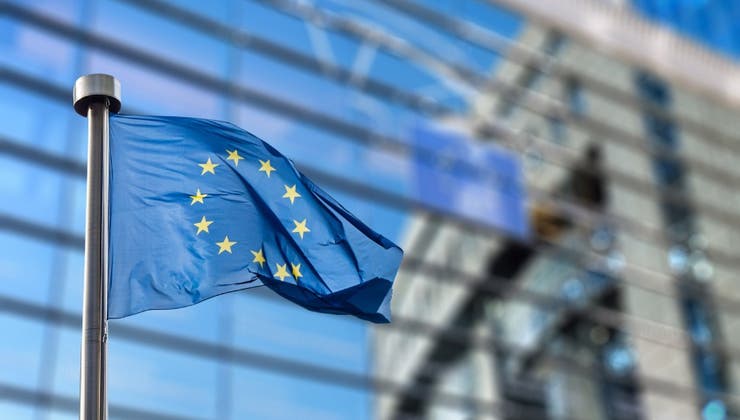 EUR - trades that catch the eye 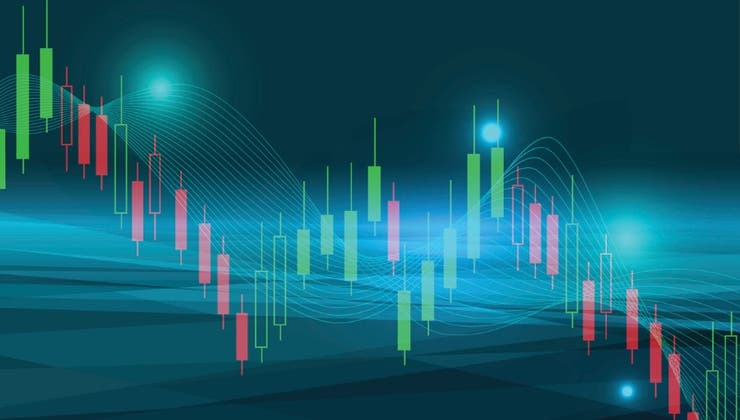