Chris Weston
Head of Research
Share
Volatility has kicked up and growth sectors of the equity market have come under more intense pressure, led by the NAS100 with defensives outperforming.

Talk on the floors was that semi-conductor names led the move, after reports the big US names would go it alone and create their own chips to mitigate the need for external reliance. Some talk that a rise in bond yields was also behind the drawdown in risk, but I guess when things are this frothy we need to prepare for volatility (vol).

The move in commodities has been there for all to see and reports that China is hoovering up everything in the bulks space has resonated, with Copper also on a charge. This has led to ever-higher inflation expectations and despite a fall in real Treasury yields, talk of inflation is deafening. Indications of labour shortages have the inflationists talking up the prospect of rising wage pressures and another feedback loop to higher inflation.

Tomorrows US CPI (22:30 AEST) could be a markets catalyst, with expectations of headline inflation of 3.6% and core 2.3%. A hot number would get the bond sellers out and lift FX volatility, and specifically in the USD. Gold will be sensitive to this data as well and I'm on the sidelines on Gold for now waiting for the price action to show its hand – the preference is skewed towards 1880 but would re-assess this bias on a close below the 5-day EMA.

In FX markets, it’s been the GBP show. GBPUSD hit 1.4158 – the best level since 25 February and just shy of the double bottom target of 1.4170. I favour GBPUSD upside and would be buying weakness – for clients on a standard account, we’ve cut spreads to the tightest in the industry, so back test these and see how it affects your equity curve.

EURGBP is sub-86 handle and testing the 19 April low. A break here sees the 5 April low of 0.8471 come into play and it was only last week I was talking of watching for an upside break of the supply zone into 0.8720. GBPJPY pushed to 154.02 and has broken out to the highest levels since April 2018 – if this kicks higher I would be hitching a ride. 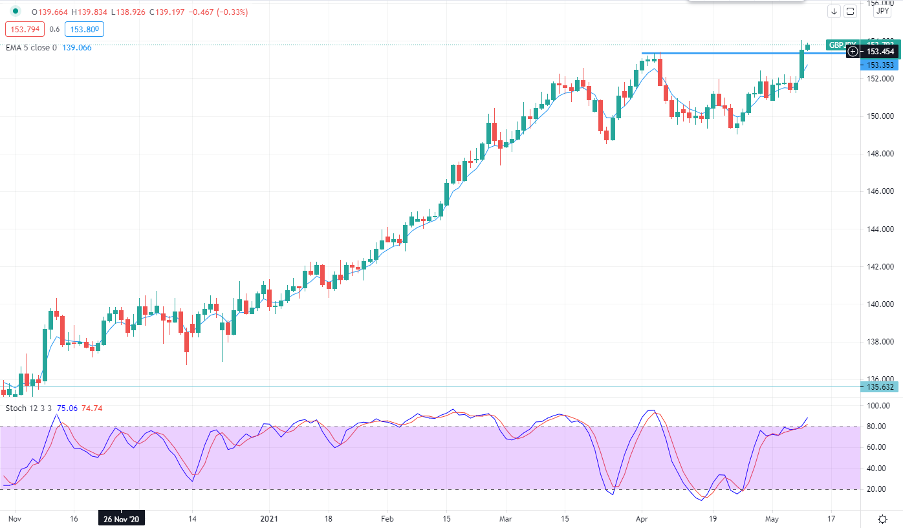 By way of catalyst, it feels like the market was building a more positive GBP view after the BoE’s technical taper of its QE program last week. We’ve also seen the SNP (Scottish National Party) gaining the support of the Greens to form a pro-independent party in last week’s Scottish election.

Importantly, the immediate focus falls on navigating Scotland through the pandemic and getting the economy on a solid trajectory – a factor traders have suggested removes some of the near-term political risks and subsequently, political GBP hedges have been rolled off, boosting the pound.

SNP leader Nicola Sturgeon has stipulated the government will publish a white paper on the merits of a second referendum to create an independent Scotland, for a vote before the end of 2023. So, the factor of a second independence referendum has been pushed into the future, with the platform for a referendum likely ending up in a High Court dispute. This is exactly what Sturgeon wants though, as a war of words between Edinburgh and London will only galvanise the support for independence.

Time, it seems will be Sturgeon’s best friend and the more Westminster hold off the greater the chance of rallying the troops and pushing the nationalistic element of London dictating the Brexit result - a fate the majority of Scots voted against.

As John McLellan put in an op-ed piece, the best tactic is for Boris Johnson to call Sturgeon’s bluff and to give its blessing to a second referendum, but stipulate it must be held in 2022.

So near-term, the move in the GBP suggests we can re-focus on relative economics, re-openings, and inflationary trends. However, political volatility will resurface in the GBP, and this isn't the last we’ll hear of a Scottish referendum. 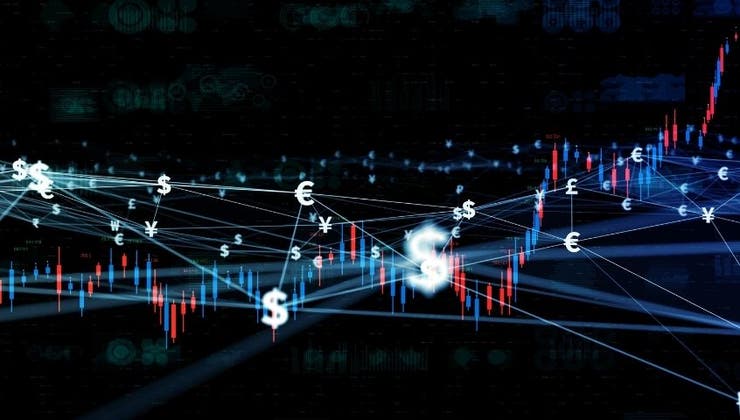