Sean MacLean
Research Strategist
Share
The Fed Funds rate is on hold and there’ll be no new economic projections, but don’t be calmed into thinking you can skip this week’s FOMC meeting.

It’s the first we hear from the Federal Reserve (Fed) this year. Unemployment is at a 50-year low, the stock market is at all-time highs, and the Phase One trade deal has assured markets there will be no further tariffs (provided Beijing plays by the rules). We expect Fed Chair Jerome Powell will maintain his cautiously optimistic stance that policy is set for the “appropriate”"path. 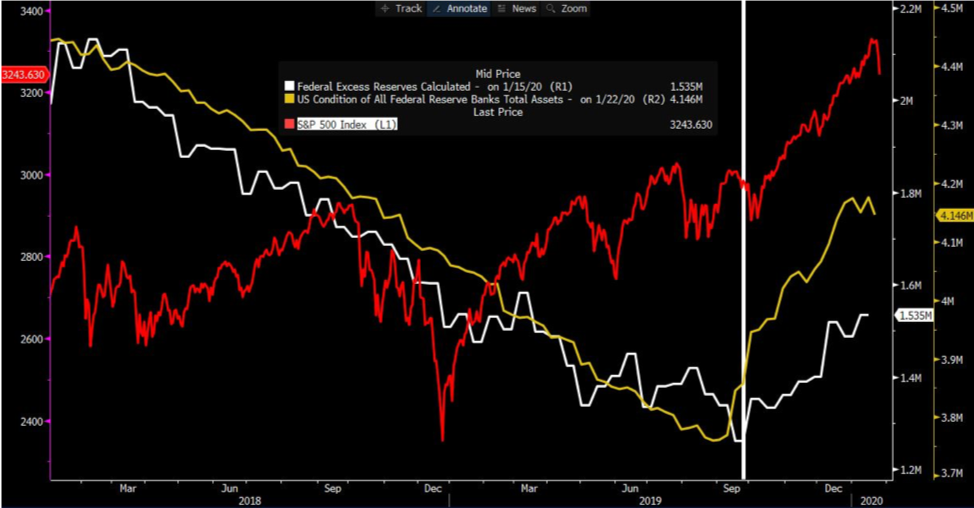 Also note how the USDX (red, below) has moved slightly, from its 28 month high, since the expansion. Of course there’s a lot at play here: the USDX is tied to a basket of currencies, including EUR, GBP, and JPY. One explanation could be that by pushing more USD into supply, the greenback has"depreciated. 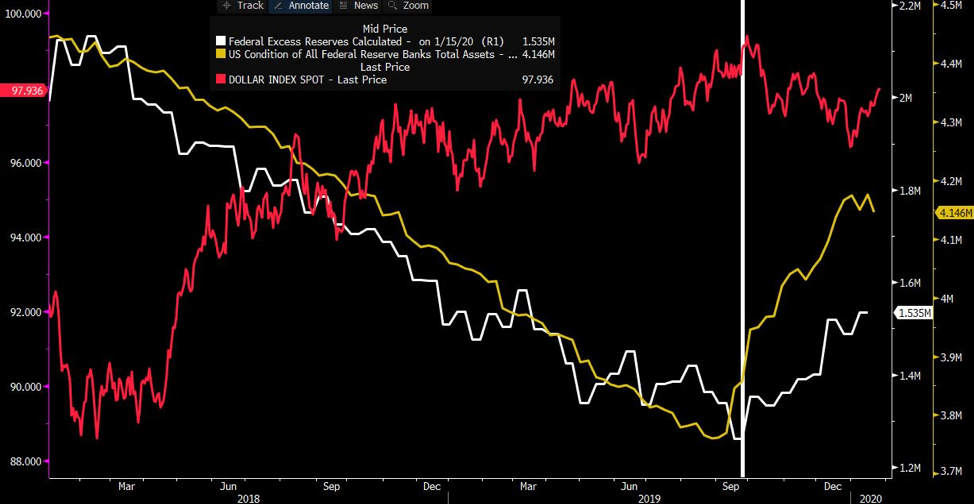