Homepage/The bulls fight back with commodities feeling the love/
US500Gold

The bulls fight back with commodities feeling the love

Chris Weston
Head of Research
Share
The feeling is Fed chair Jay Powell will err on the side of caution at this week’s Jackson Hole Symposium and fail to offer advance notice of tapering its asset purchase program.

Tapering is still to come though, although recent comments from Robert Kaplan (the Dallas Fed president), channelling his inner RBNZ, said the taper timeline could shift if COVID trends required them to do so – the taper put is born.

Perhaps it was just flow – it always is – or a feeling that now is the time to wade into a bit of cyclicality, but traders clearly felt good about life and we’ve seen US equities flying, with the NAS100 and the Russell 2k really getting attention. US re-opening stocks have seen good upside, as has Energy, and we’ve seen good buying in Tesla and Amazon which has lifted consumer discretionary. I don’t mind Amazon as a trade here for 3400 – potentially closing the gap into 3580 – I would close and even potentially reverse through 3175. 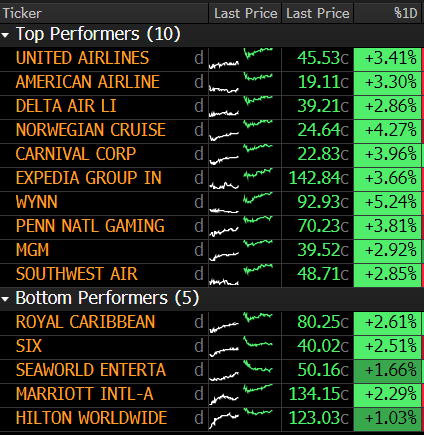 Chinese listed stocks have worked, with Baidu finding good buyers and Alibaba closing +2% with 88m shares trade – the most since 24 December 2020. For anyone who missed my idea on Alibaba yesterday.

US rates have found small buyers, with Eurodollar interest rate futures pricing out a mere 2bp out into 2024-2026 contracts. There have been limited moves in the US Treasury market and yields are barely changed across the curve, yet the USDX is -0.6%, - and the dynamics between such USD weakness and limited rates moves don't reconcile well. Perhaps there has been some technical repositioning, with the USDX failing to hold the former breakout highs of 93.15. Maybe it's just the extent of the rally in equities and commodities that has pushed money out of the USD and into high beta FX. 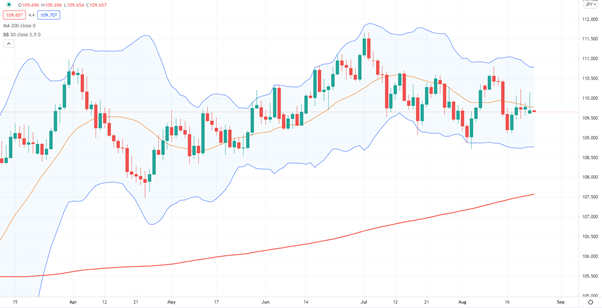 USDJPY is always one to watch when we talk rates and we see sustained supply into the 20-day MA, really for 4 straight days. The CAD has worked well and has seen the largest percentage moves in major FX, notably vs the JPY, with CADJPY gaining 1.2% - The CAD finding buyers which won’t surprise, where after 7 down days in US crude the buyers have stepped back in and bid up crude a monster 5.3% - the biggest rally since 24 March. 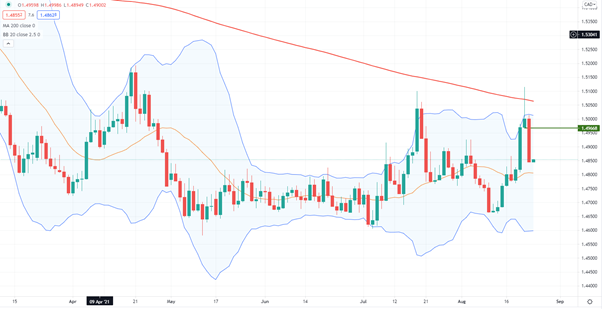 I suggested short EURCAD trades on our telegram and Twitter channel yesterday for a target of 1.4900, possibly 1.4850. I hadn’t expected the downside target to be tested so quickly. Depending on the near-term moves in crude, I would expect the 20-day to come into play now at 1.4805.

Gold has been well traded, but shorts are starting to kick in now as we approach the 200-day MA at 1812. Flip to the 4-hour chart and we can see price breaking out of its consolidation range of 1795 to 1774 and if the 200-day MA can give way then the July highs of 1831 will be the play. We’ve seen softening of US real rates, which has provided a tailwind. I hold a small bullish bias, but if the USD turns and I don’t trust the move lower at all, then gold will flip.

Crypto has seen good vol and notably, Dash looks uber bullish. For the crypto traders, we’ve just released Doge, Cardano and Uniswap, so put these on the radar and trade the opportunity with Pepperstone. 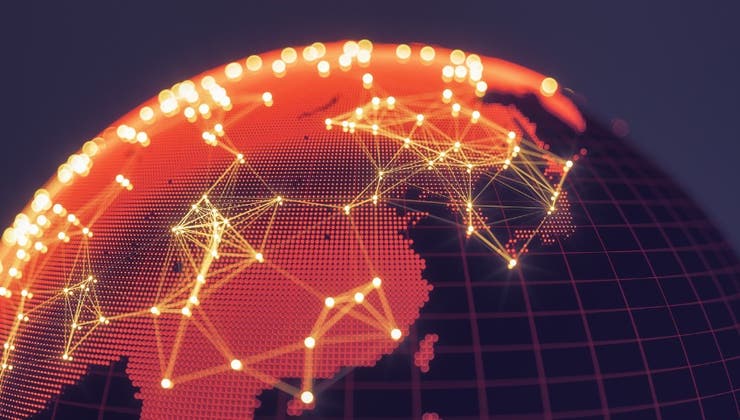