Chris Weston
Head of Research
Ask a trader who is the most influential central bank, and the answer should unequivocally be the Federal Reserve. Then, ask the same traders which central bank has the hardest job in setting policy, and you’ll most likely hear them say “the ECB” – They have to set policy for 19 different countries, where a one-size fits all model is fraught with challenges – all the while, the Eurozone is most exposed to the Ukraine conflict, has very high supply-side driven inflation and a looming energy crisis.

While sympathetic to this argument, I would argue it’s the Bank of England (BoE) that is most challenged – partly because the likely Conservative party leader, Liz Truss, is threatening an overhaul of the bank's policy mandate, but because of the sheer lack of confidence held in their forecasting ability. At this very moment, I’d argue that few other central banks even close, certainly in G10/DM circles, to the distribution of potential economic scenarios faced by the BoE – if you have zero confidence in your forecasting ability, then you’re really making policy up on the fly and the currency should wear sufficient risk premium.

This week Citigroup caused shockwaves through the economics circles with forecasts that UK CPI and RPI inflation could reach 18% and 21% respectively in Q1 23. It raises the prospect that other economists revise their inflation calls soon as well - the BoE is forecasting inflation to reach 13%, but their forecasts may again need to be reviewed, as they tend to be slower moving than private sector economists.

We know UK headline inflation has been largely driven by supply side issues, notably by an incredible rise in gas, electricity, and food prices. Rate hikes are very much on the cards, and the BoE will almost certainly lift the bank rates by 50bp to 2.25% on 15 Sept, but this will do almost nothing to alter the trajectory of inflation – it’s all heading to a sizeable squeeze in domestic demand which should negatively impact the UK corporate landscape, and invariably lead to deeper negative real wages, layoffs, and higher unemployment rates.

One could also see a world where the UK economy heads to a recession, slack builds in the economy and various measures of medium-and longer-term inflation expectations fall – subsequently, the BoE cut rates in late 2023/24 – a vision the market currently shares with 60bp of cuts priced into UK (tradeable) interest rate curve for 2024. However, if UK CPI does indeed move into the high teens, and the BoE sees entrenched ‘sticky’ inflation, then one could feasibly see a world where the BoE hike the bank rate to 5% to 6%, and not the 4% that the market currently discounts as the ‘terminal’ rate.

Again, it plays into the idea that the playbook of outcomes is so incredibly diverse, and this is a massive headache for the BoE, as well as those trying to position investment portfolios.

Looking at the unfolding inflation dynamics – one piece of news that is being watched closely this week will be the Ofgem price caps for October – this intel essentially details the cap that suppliers can charge households (effective 1 October) and is the poster child of modern-day inflation. Estimates for the Ofgem cap currently sit around £3600, up from £1971 in April. However, this figure is then expected to increase by 26% in January 2023 and 27% in April 2023 – this will genuinely hurt households and businesses.

On a political note, Liz Truss is looking to implement fiscal measures to the tune of £30b (c.1.4% of GDP) to address the cost-of-living crisis, with the suspension of the Green Levy and cuts on VAT on household energy bills. However, these measures will be no panacea. They may support growth but will be deficit funded and require the UK Treasury to consider gilt issuance, which may raise bond yields and broad borrowing costs, especially given the backdrop of BoE QT – in this case, a GBP negative.

Looking more broadly at GBP fundamentals – Personal consumption is in decline; business investment is weak, and UK GDP is deteriorating with Q2 GDP -0.1% QoQ - it seems likely this will only get worse as higher inflation breaks the social fabric, cementing a negative feedback loop to consumers spending behaviours.

The UK's current account is falling away as trade is being affected by Brexit and lacklustre external demand – with the UK's biggest trading partner - Europe - also facing a tough winter and a protracted economic slowdown. The UK’s capital account is also deteriorating, so the GBP is facing rising balance of payments concerns. 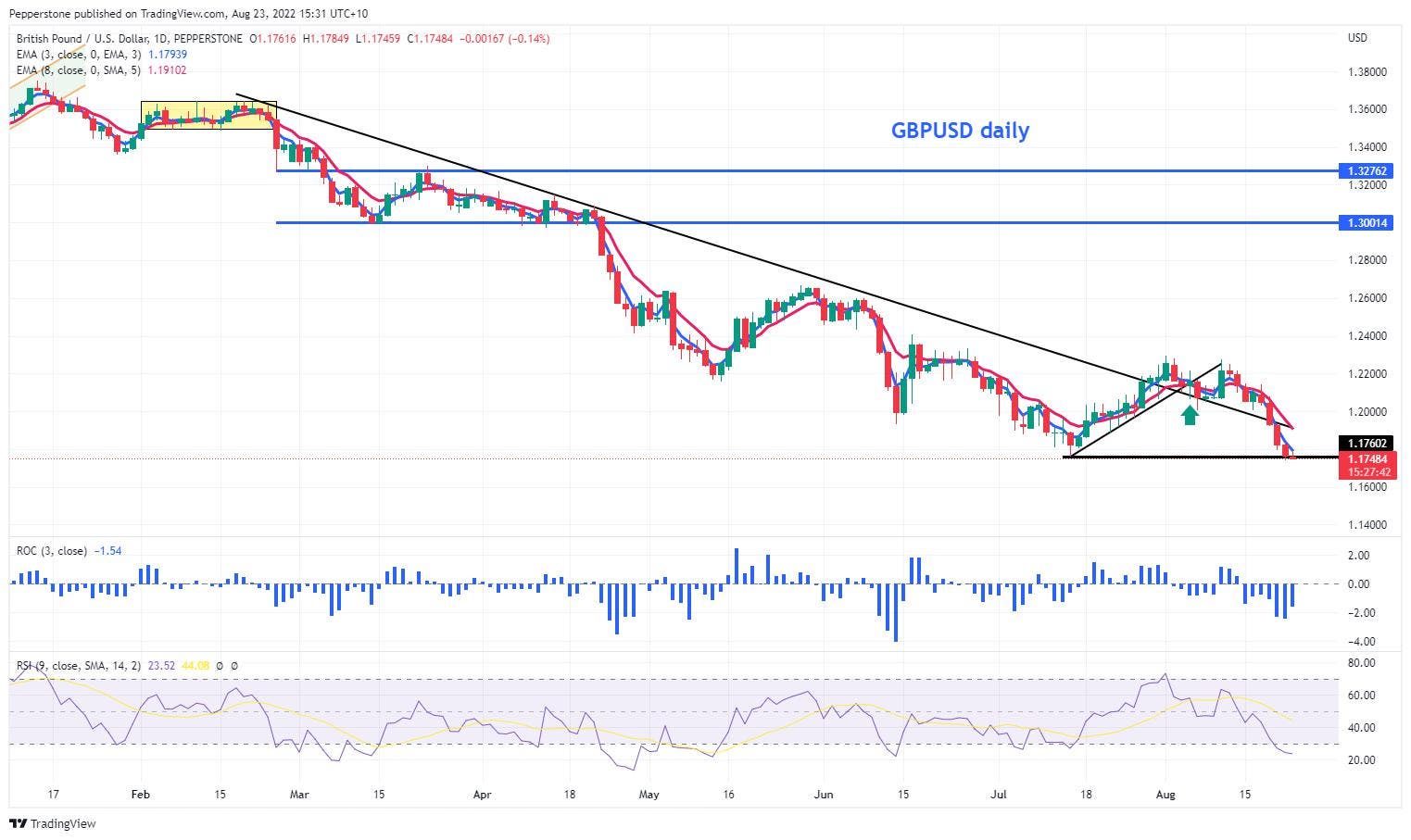 In essence, the UK is facing a number of economic considerations which suggest significant GBP headwinds – from where I sit, we can like the GBP from a rising rates perspective, but when UK real rates are likely headed lower, relative expected growth and investment attraction favour the US, GBPUSD seems destined for 1.1500, perhaps lower. But one thing is clear, the BoE have their work cut out. 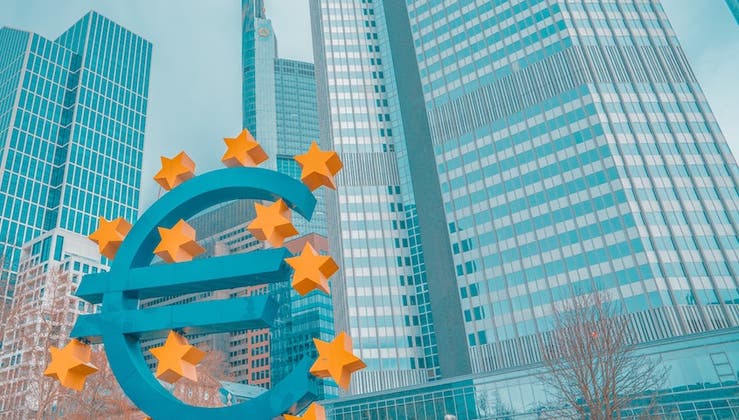 EURUSD - Where the near-term balance of risk in resides