Wow what a week that was in financial markets. Tons to digest. Have a read below to find out more.

The greenback began the week strong as US yields surged higher before the pivotal Fed meeting on Wednesday night. An article out on Tuesday from WSJ reporter, leaked the idea of a 75bps hike to the market and all hell broke loose in bond land. The dollar hit levels all the way back to 2002. US retail sales into the lead up of the meeting printed worse than expected across all measures, but the one that feeds into GDP was flat vs an expected gain of 0.3% MoM. The Atlanta Fed has slashed its Q2 GDP forecast from 0.9% to 0%. This put’s the US economy on course to fall into a recession if there’s further downgrades given Q1’s contraction. The FOMC meeting on Wednesday evening brought some interesting results, which I’ll summarize below.

1) The Fed hiked by 75bps for the first time since 1994, as they attempt to regain their inflation fighting credibility (it looks like we need to start taking guidance from WSJ journalists from now on) 2) Powell gave some loose forward guidance that either 50bps or 75bps would be most likely at the next meeting and that not to expect moves of 75bps to be common 3) A sentence was added to the statement – “strongly committed to returning inflation to its 2% objective” – this clearly shows a Fed determined to stamp down on inflation as well as “will get rates up to wherever they need to be in coming months” We had one dissent for 50bps from a usually hawkish Fed official, Esther George 4) The dot plot actually outhawked market expectations with the 2022 median dot revised up to 3.4%, 2023 to 3.8% (50bps hikes through 2023), 2024 to 3.4% (50bps cuts through 2024) and lastly the longer run dot of 2.5% (neutral rate). This implies 175bps of hikes by year end, with four meetings left that equates to 3x50bps hikes and 1x25bps hike. The market is pricing 200bps by the end of the year with four meetings left – 4x50bps hikes? 5) Both headline and core inflation is north of the 2% target through the forecast horizon 6) GDP growth is now below 2% through the projection period (Powell believes we can get a softish landing) 7) The unemployment rate has been revised to a peak of 4.1% 8) QT is on autopilot and there was no colour on when the sales of MBS could begin (with mortgage rates surging to 5.78% this may be put on the back burner)

The market reaction to this was to sell the dollar in a buy the rumour sell the fact fashion. I certainly wouldn’t call it a dovish meeting, but the market’s bar for a hawkish surprise was high. Powell also put in doubt a consecutive 75bps hike, which may have emboldened dollar bears. Thursday brought some bad economic data for the US and likely could have been the cause of the dollar moving lower as well as yields sliding. The Philadelphia Fed's manufacturing index plunged lower to -3.3 with a big contraction in new orders. The trend forming in initial claims is becoming worrying with another above consensus print at 229k vs 215k exp. I wonder at what level the Fed will start becoming concerned. With those surging mortgage rates mentioned above, housing starts and building permits collapsed lower by 14.4% MoM and 7% MoM respectively. The housing market is beginning to cool with layoffs and homebuilder sentiment turning lower. Dollar looks to be finishing in the green as the weekend approaches.

The single currency has had a fairly decent week. We had a barrage of ECB speakers out this week. Beginning with Kazimir who stated he sees a clear need for a 50bps rate hike in September. This was backed up by Dutch Governor Knot who believes the July rate hike should be above 0.25% and that options for September are not limited to 50bps (75bps hike from the ECB?! Punchy). German ZEW economic sentiment for current conditions dropped by less than expected. We also had Schnabel on the wires who stated the ECB’s determination to not tolerate financing condition changes that go beyond fundamental factors and that threaten monetary policy transmission. Well Wednesday brough a unscheduled emergency meeting to discuss this fragmentation risk as the BTP-Bund spread blew out to 250bps. The outcome of this meeting was to tell the market that PEPP reinvestments (circa 17bln euros to work with) with flexibility will be deployed right now and the design of anti-fragmentation tool will be accelerated. The new tool is scant on details in terms of what conditions would need to be fulfilled before purchases of their bonds would be acceptable, the size of the tool and what maturity of bonds to target.

Well yesterday brought some more news. The ECB want the instrument ready in time for their July meeting. The plan is also to do an operation twist by selling core bonds to offset the purchases of peripheral bonds. This would see yields higher in core bonds and lower in peripheral bonds, compressing spreads. This prompted a big decline in the BTP-Bund spread and has helped the euro against the dollar as german yields surged too. The ECB’s Visco gave the market a nice range for where he believes the BTP-Bund spread should trade between - 150bps would be justified and 200bps would be unjustified. Rates markets are pricing in 175bps by the end of this – with 4 meetings left that works out to 3x50bps hikes and 1x25bps hike. I’d be surprised if this happens.

Sterling started the week with some poor GDP data for April. There was a decline of 0.3% Mom vs the gain of 0.1% MoM. UK GDP declined by 0.3% MoM vs the 0.1% MoM gain expected. The reason for the decline was on the health side due to the scaling back of test and trace activity. Unemployment data out on Tuesday was mixed with employees on the payroll now 627k above its pre-pandemic level. The increase for May was 90k. The unemployment rate ticked up to 3.8% as participation increased. Underlying wage growth was flat from the previous month at 4.2%. Lastly, the claimant count decreased by less than expected. Before we get to yesterday’s BoE meeting I want to briefly discuss the latest on the Brexit situation. The EU is processing two lawsuits against the UK government after the bill was published to override the NI Protocol. One potential punishment being decided on is to end financial equivalence with the EU for the City of London, however, I see this as unlikely given the last thing the eurozone needs is issues with clearing. There has been no tariffs or suspension of the TCA yet, these would be next steps depending how far the bill gets. The White House has said changes to the NI Protocol wouldn’t be an impediment to a US-UK trade deal. Lastly, Sturgeon is raising independence referendum noise again.

Right, enough about Brexit let’s dissect the BoE Meeting. The BoE decided not to follow the Fed and the likes of the SNB with a larger sized hike of 50bps (to be fair to them those other central bank meetings took place after their interest rate decision). They opted to increase the bank rate by 0.25% to 1.25% for the 5th consecutive week with a vote split of 6-3 (just like May, 3 in favour of a 50bps move). The doves likely voted for a 25bps hike instead of a hold to tactically reduce the chances of 50bps being implemented. The BoE forecast inflation to rise slightly above 11% in October of this year, reflecting the increase in the Ofgem price cap. They also predict GDP will shrink by 0.3% in Q2 vs an expansion of 0.1% previously. The governments fiscal package is seen to boost GDP by circa 0.3% and inflation by 0.1% points. Guidance was changed to “The Committee will be particularly alert to indications of more persistent inflationary pressures, and will if necessary act forcefully in response”. This was given the green light by all members of the MPC unlike last month where two weren’t happy campers.

That could be interpreted as hawkish by the market and a shift in thinking to tolerate 50bps hikes with some data conditionality. STIRs are now pricing a bank rate of 3% for the end of the year – 4 meetings left so 3x50bps hikes and 1x25bps hike. This seems quite unlikely given even with a less aggressive rate path, inflation was projected to fall well below target at the end of the forecast horizon. The SONIA curve now prices a peak Bank Rate of 3.50% by mid - 2023. Yes, the BoE can’t drill an oil well in the City, however, commodities are priced in dollars and the further the pound depreciates as other central banks like the Fed outpace them the inflationary pressures will be exacerbated. The BoE could stem this by moving more aggressively and strengthening the trade weighted value of the pound. What’s my outlook for sterling. Well, there is a lot pessimism already in the price due to the textbook stagflationary conditions occurring. However, the Brexit risk premium is still relatively small and could easily grow significantly larger and although it’s too early for the market to begin discounting Scottish independence risk it will become an issue eventually. Lastly, a repricing lower of the aggressive rate path poses a headwind for the pound.

The yen looks to temporarily have found some support at the 135 level. A bit of an ominous sign has shown its face this week. JGB futures have disconnected from spot significantly (BOJ only intervene to cap yields for cash bonds not futures). What this tells me is the market is pricing a potential shock shift in policy from the central bank. The futures have price discovery, whereas the cash market is distorted by the BOJ’s operations. BlueBay Asset Management, one of the largest hedge funds has a sizeable short position against JGBs. The BOJ remain resolute in their dovish stance, they kept in place their YCC to defend their cap on bond yields, despite futures remaining significantly above that level (pricing in a break of the peg). They did add a sentence to their statement about needing to pay attention to currencies. This wasn’t enough to prevent the yen from weakening against the dollar as the currency remains the outlet valve to express the monetary policy divergence play. 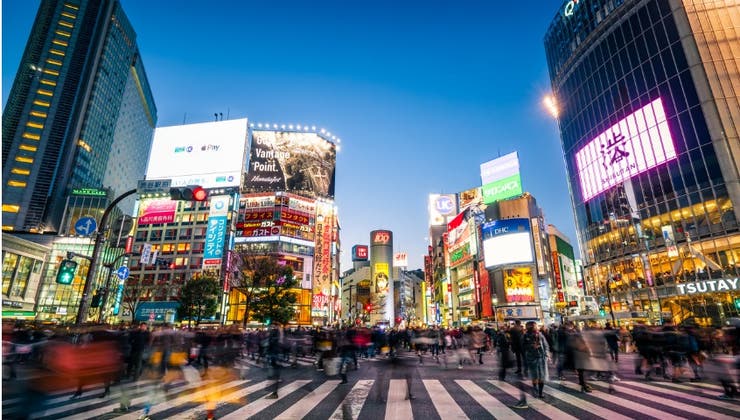