Why a “committed” Fed could send gold to new highs

Sean MacLean
Research Strategist
Share
Gold’s consolidation could be over as markets digest the Fed’s confirmation of an average inflation target in its policy overhaul.

It all now comes down to the Fed’s commitment to running the US economy hotter for longer. If they can really pursue this, gold could soar to new highs.

US Fed chair Jerome Powell confirmed expectations of an average-based approach to its inflation target in an address at the virtual Jackson Hole symposium overnight. The policy evolution seeks to reach and maintain inflation targets that have long been undershot.

Although the Fed is now aiming for more inflation, that doesn’t mean inflation is suddenly a good thing. Rather, a touch more inflation is the trade off to ensure a stronger labour market and - hopefully - spur some upward pressure on wages and the wellbeing of working americans.

With the fundamentals of the Phillips curve - an important macroeconomic framework used by central banks in inflation forecasting - possibly broken, there seems to be room for a lower “natural” unemployment rate and an even stronger labour market than previously assumed.

But the pros and cons aside, the Fed have confirmed the policy evolution. So it’s now a question of the Fed’s commitment. If they’re truly ready to increase the US economy’s speed limit and pursue higher inflation for longer, then gold could be propelled to new highs over the coming months. Here’s why.

Gold (XAUUSD) has consolidated since its meteoric rise from an 1800 breakout to above 2000 throughout July and early August. Price has found support in the 1920 handle - the previous record high from 2011.

A hotter US economy and higher inflation is certainly a supportive fundamental for gold, but it depends on the Fed’s ability to actually make this happen. Talk’s easy. Will policymakers commit and do what’s needed?

In the shorter-term as markets assess the new inflation policy, I’m watching for a potential upside break of the recent downtrend. Price looks ready to test the trendline this afternoon in Friday’s asian session. A breakout on a daily closing basis, and perhaps we’ll see a re-test of 1980 resistance or that huge 2000 handle. Trade gold CFDs today.

If the Fed is truly committed to engineering higher inflation for longer, it will need to drive the US dollar lower - something that’s already happening. Global commodities are priced in US dollars, so the weaker the USD, the more expensive commercial inputs become and we have an upward pressure on prices. A weaker USD also makes US imports more expensive, which is another, albeit smaller, inflationary pressure.

So to keep the inflationary pressure on, especially if nominal yields show signs of rapid appreciation, the Fed may need to ramp up its QE program to keep nominal yields from rising too fast. If this eventuates and real yields sink even lower in the medium-term, we’ll have prime conditions for gold to achieve new highs.

Then consider that lower yields promote asset inflation - as we’ve recently seen in the booming US housing market and record highs for the S&P 500 (US500) and NAS100. The benefit for the Fed here is that higher asset prices should have a wealth effect: people will feel richer. The hope here is that people will spend more as a result.

A weaker US dollar

The US dollar has certainly been moving in the right direction if the Fed’s easing its inflation tolerance, but does it mean we will see a move towards the 2018 lows at the 88 handle? It’s worth noting that 2018 saw inflation move above 2%, and the Fed’s knee-jerk response was a series of four rate cuts taking the Fed funds rate from 1.5% to 2.5% over the year. Of course, these decisions were followed with USD appreciation and gold trading lower into H2 2018.

A repeat of USDX 2018 lows will depend on what we hear in the coming weeks and months as markets gage the Fed’s commitment to its policy overhaul. As market participants, we now need to know exactly what an average inflation target looks like - and Powell wasn’t too clear in his Jackson Hole address. He said the Fed will not tie itself to a particular mathematical formula to define the average. So will they just figure it out as time goes on? Clues may come next Tuesday, when Fed vice chair Richard Clarida and Fed Board Governor Lael Brainard will speak on the new framework. From there, it’s all eyes on the September FOMC meeting.

So is this time different?

It took years for the US and global economy to recover from the 2008 financial crisis - and if average-inflation targeting had been Fed policy a few years ago, we probably wouldn't have seen the 2018 rate hikes.

Yet the Fed also slashed rates to zero in 2008 and embarked on its first ever QE policy. The policy ingredients are the same this time, there’s just more of them. So why might this time be different?

A key consideration here is that the fiscal response to this crisis has been so much stronger. The Trump administration has run record deficits, but the government’s red ink is everyone else’s surplus. It’s an MMT theory but if it holds, the record fiscal spending alongside easy policy could be the greatest inflationary pressure the US economy has seen in a long time, thrusting gold to fresh highs well beyond the 2000 handle. 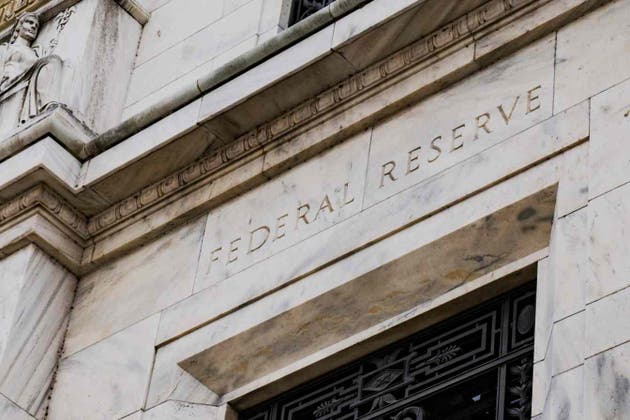