Chris Weston
Head of Research
Share
To consider that one individual listed corporation can single-handedly wrestle the focus of the trading community from the spread of the Coronavirus, and the impact on the Chinese and global economy is incredible.

Not only has Tesla moved with such genuine ferocity, but on Tuesday, we saw some 60 million shares traded, taking the value traded on the day to five times that of Apple’s turnover. Apple is a company worth nearly nine times that of"Tesla.

To the Tesla cynics, the rally has diverged from any kind of commercial reality, understanding that at this juncture Battery Electric Vehicle (BEV) sales are still just 2% of the global auto production. And, while Tesla’s earnings profile is indeed improving, we’re still looking at a company with worrying free cash burn, very high debt and a huge reliance on the capital markets for funding. To these players taking short positions with Pepperstone into $900 makes sense, their conviction aided by the fact so many technical factors suggest the move has gone too hard too"fast. 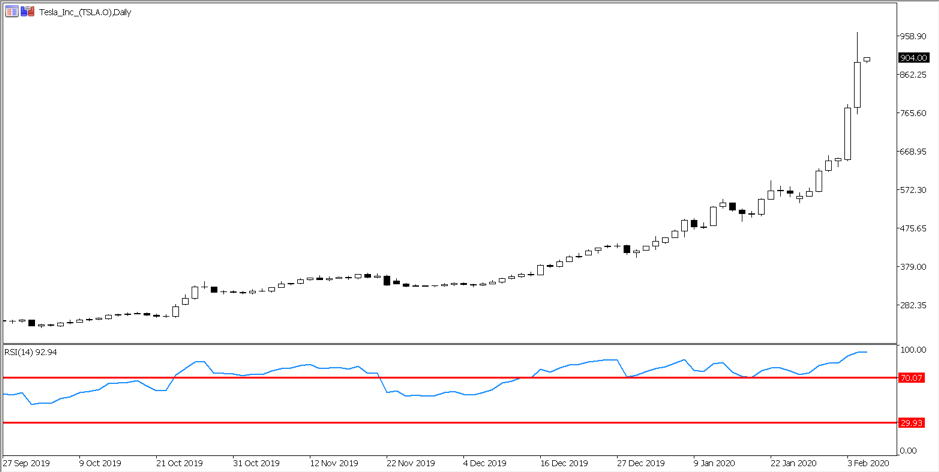