Chris Weston
Head of Research
Share
The FOMC meeting was an out and out exercise in understanding positioning, rates pricing and market sentiment.

This was a factor we brought up in the FOMC preview and we’ve seen these dynamics play out.

While the market thoroughly expected a 50bp hike today, the focus from traders was on the appetite to hike by 75bp in the June meeting, with the market pricing around a 25% chance this could have happen – Powell detailed 50bp was the banks base case and hikes of 75bp were not being considered – that may change if we see a blow-out average hourly earnings print this Friday (in the NF payrolls report) and April CPI print (11 May), but the bar to get there is now super high. However, it's all eyes on inflation and wages going forward and the propensity for the Fed to get the fed funds rate into neutral and potentially into restrictive territory – that could mean a battle between inflation vs recession.

The neutral rate was a clear focus – this is the perceived policy rate that is neither restrictive nor stimulatory – Powell made it clear they currently lack the visibility to make a pinpoint call – in fact, they gave a wide range of 2-3%, although, when the fed funds rate gets closer to this range then they should be able to make a more direct call – this is important because the fed need the clarity here or it radically raises the prospect of a policy mistake.

Macro heads will continue to fraternise on the neutral rate, but on current trends we’ll likely get two more 50bp hikes in the June and July meeting, and then there will be a huge re-assessment in August as we eye the September FOMC meeting.

Importantly, the market was already positioned for all we heard today – after the Fed’s assessment markets should focus less on Fed speakers, and we’re fully at the mercy of data from here. If realised inflation shows no signs of abating and remains elevated even through rising base effects, then the Fed will have to make the tough decision to keep going past neutral and cause a higher unemployment rate and recessionary conditions. Subsequently, we can’t rule out a 75bp hike in coming meetings, but as suggested the market sees the bar for this as incredibly high.

We heard that balance sheet reduction starts on 1 June at an initial pace of $47.5b and phased up to a cap of $95b p/m – this was priced and hasn’t surprised at all. The market feels comfortable with the Fed allowing $95b of Treasuries and Mortgages to mature and its balance sheet reduced by this amount without feeling this is a genuine unwind of QE – it’s not – that is where the Fed actively sell the assets on its balance sheet back to commercial banks.

The reaction in markets is clear – relative to market pricing this meeting was dovish – The USD has been smashed, notably against higher beta FX such as the AUD – clients were positioned for this and many had recently spoken out that the USD was overloved and due for a bout of mean reversion – this has worked out well, with 2yr Treasury yields -14bp on the day, driving USD outflows.

EURUSD has re-tested the 2020 lows of 1.0636 but is finding sellers, so keep this on the radar – if this is truly just a partial liquidation of extended USD longs, 1.0636 is the level that requires attention.

Sentiment towards equity was shot to pieces and shorts have covered with relief seen across assets and volatility has been smoked - longs are obviously eyeing whether there is more juice in the tank. We can argue that bond yields have played a part in the lift in equity, but for me so much of the weaker equity story is about a stronger USD. That said, if we're truly worried that inflation is the biggest tax on the consumer then a stronger USD, especially against the yuan, could be a good thing. 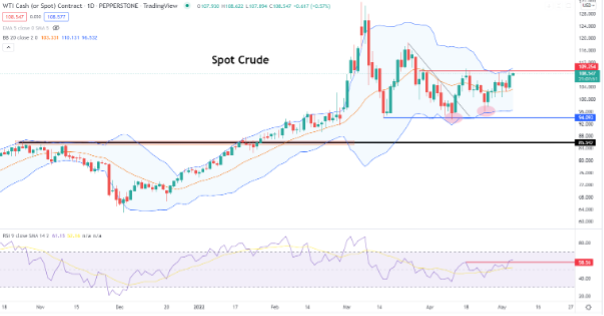 Crude seems to be important on the USD call too, so until we see a move below $98-95 then the risks are still there and in fact, a break of $109.50 could be taken as a net negative for risk and keep the pressure on central banks – it would likely be a USD positive, especially vs the GBP, EUR and JPY.

So, it's all eyes on crude, the USD and the near-term data flow – we’ve seen the positioning adjustment, the question is whether this unwind has further to go? 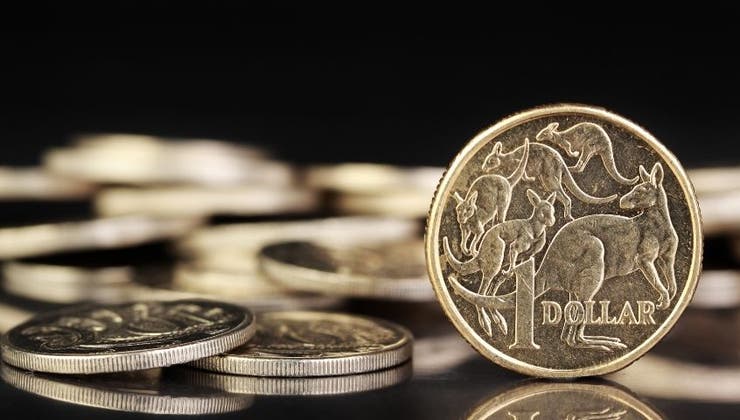 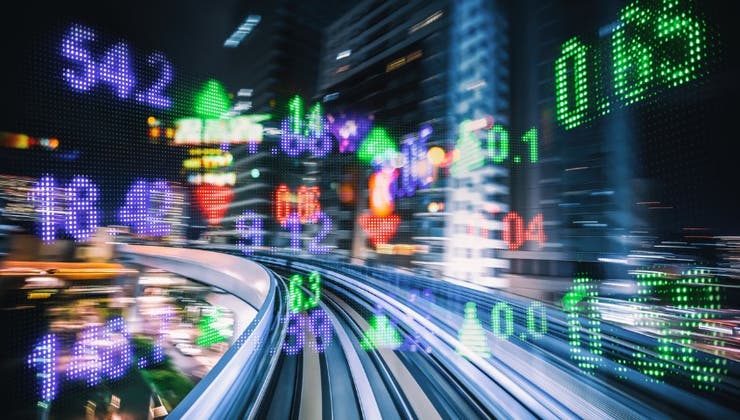 2022 - a case study in trend-following and momentum trading