Chris Weston
Head of Research
Share
There has been a collection of market-moving news flows over the weekend, although the bulls are dominating the open of the S&P 500 and NAS100 futures (both +0.7%), which is leading to some outperformance of AUD in what has been a quiet FX open.

Asian equity markets should get a nice boost from this, where opening calls (from Friday's US close) had a positive platform anyhow.

We’re also seeing small buying in gold and silver, while crude continues on its recent rise, with focus on tomorrow's front-month expiry, although the open interest (OI) in June is lacking and most have rolled positions into future months.

The fact we see the greater OI in December futures is odd, but a testament to the likes of USO ETF moving their holdings through the futures curve and trying to smooth out returns and create a more stable price.

GBP leaps out as a mover, thanks to an article in the Telegraph in which BoE chief economist Andy Haldane said the BoE is reviewing negative rates - “It’s something we’ll need to look at – are looking at – with somewhat greater immediacy”, he detailed.

GBP was already looking vulnerable and I had looked at short GBPJPY and EURGBP longs on Friday, but given the moves in crude, I guess putting GBPNOK on the radar makes sense, for a break of the 100-day MA and a lower low. I guess we’ll see UK 2-year gilts trade lower when UK markets ramp up later, with 1Y1Y swaps pricing likely to price in negative rates – that said, I still think this is largely jawboning and a tactic to keep a foot on the GBP, although this rhetoric is credible, and not just hollow threats. Notably, when we consider BoE deputy Broadbent opened the door last week.

Consider, we will hear from Dr Broadbent on Wednesday (23:30 AEST/14:30 BST), along with Governor Bailey and Sir Jon Cuncliff at the Treasury Committee, and that could be a risk for GBP traders.

Penalising savers in the UK has been fair game for years, but adopting negative rates seems unlikely to push people out the risk curve and would centre on affecting the exchange rate. It certainly wouldn’t win the BoE any friends, although PR damage limitation is left to the UK banks who would have to make a call on whether to pass the charge on – imagine getting zero interest in the savings account and paying a monthly fee for that privilege! We can add in rising concerns around Brexit, with both sets of negotiators, David Frost and Michel Barnier, saying they are failing to converge on views – subsequently, the prospect of a Brexit extension request seems low at this stage and Britain seem ever more likely to leave the EU without any free-trade deals.

The UK has a punchy current account that it needs external funding and right now, international investors would not be looking at the UK in the same light as the US and many other developed nations. It all suggests downside risk for the GBP, and the aggregated flow of capital, if I look at technicals and price action, suggests this be a higher probability and it wouldn’t surprise to see GBPUSD trading at 1.1800 in a couple of weeks. It also would not surprise to see GBPUSD vols pick up a touch here too.

EURGBP has attracted client flow, and while the EUR is a horrible currency to own, it works fairly well should we see risk aversion kick in. We should also get headlines later this week around the European Commission’s suggestions for a recovery fund, which promote covering of EUR shorts. For cloud watchers, EURGBP is eyeing a firm breakout of the I-cloud, with price holding above the 5-day EMA which is headed firmly higher.

Trade tensions on the rise

There has been a solid focus on US-China relations and things are heating up here. When the Fed makes a statement at the US equity close of potential strains on the US banks (cue Warren Buffet to dump a decent chunk of his JPM and GS shares), the last thing the US, or China need are trade wars to hit asset prices and sap confidence. However, the verbal barberry has ramped up and is something we will have to get used to ahead of the US elections in November. We watch for US action on China’s financial flow, as well as retaliation from the US blocking Huawei’s ability to use US tech in its design and manufacturing process offshore.

USDCNH has been a good guide here, and on Friday we’ve seen price moving higher and into the top of the range at 7.13, although the bull move hasn't spilled over into Asia. 1-month USDCNH risk reversals have moved up to 1.5925, and appear to be breaking higher, indicating a propensity to buy call volatility over puts – a trade where the market sees a more powerful move higher (than lower) in spot. Should this pair move higher, then it may weigh on AUDUSD and EURUSD and start impacting equity sentiment more intently.

Consider that USDCNH, and Chinese assets more broadly, such as the CN50, will be watching the National People Congress (NPC) on Friday. Talk of a new fiscal stimulus being announced is all the rage, so the devil will be in the detail.

Gold remains firmly on the radar and has attracted a fair amount of client flow of late. The fact price is now closed at a 7-year high in USD terms (XAUUSD) is one aspect, but we have seen a solid break out to new highs in gold priced in GBP, CHF, EUR, CNY. Pepperstone has started offering gold in GBP and CHF to add to our offering of gold in currencies other than the USD.

Personally, I would be long gold in GBP or EUR, especially if EURUSD can break the rising trend from the 23 March low - best seen on the 4-hour chart, where EUR weakness would likely drive XAUEUR through the 24 April high of 1611.

If we just take gold in isolation, then I tend to revert time and again to the bond market. Gold is essentially traded as a zero-coupon bond, or what is called a TIP – Treasury Inflation-Protected Security. It loves inflation, but specifically when inflation is moving up faster than bond yields, which results in lower ‘real’ yield. Gold is a hedge against many things, but when real returns are falling and becoming ever-more negative, then gold becomes just that bit more attractive.

Most tend not to look at actual inflation when adjusting nominal bond yields, but inflation expectations and there are a whole range of ways we can assess this - but most will look at ‘Breakevens’ or swaps pricing. In this case, I use ‘Breakevens’, which assess average expected inflation over a set period. I like to look at 5 and 10-year breakevens.

What we are seeing now is inflation expectations are falling, but less so than nominal Treasury yields. This has a similar effect, with real (inflation-adjusted) yields falling, which is supportive of gold, but a different dynamic. Here we see US 5-year real Treasury yields, with the chart telling me for gold to really get a wriggle on this week, we need to see yields break -45bp and head to -60.

The subject of whether gold is over loved has come up over the weekend. Technicals and ETF inflows aside, if I look at options vols, risk reversals or the weekly CoT report, gold is far from over loved – ill cover that through the week. 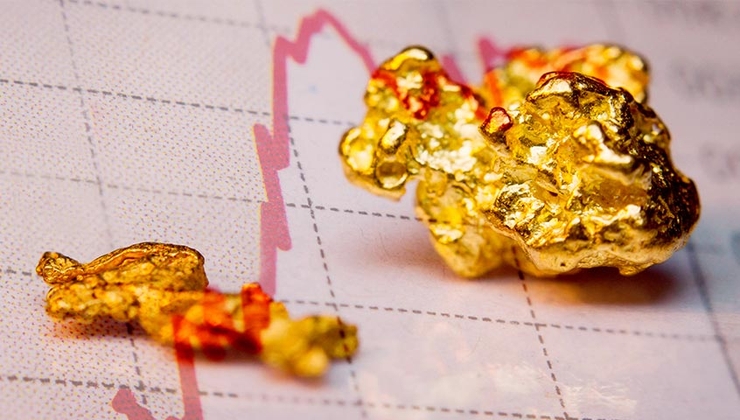 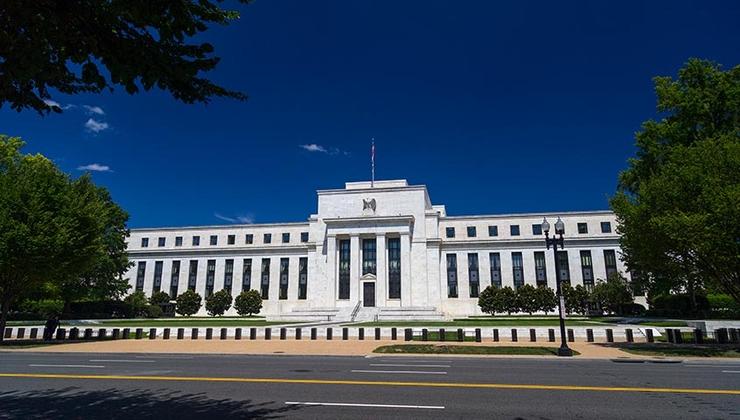