Sean MacLean
Research Strategist
Share
It seems the Australian dollar is at the edge of a cliff at the 0.67 mark. Aussie jobs data is due Thursday and the Reserve Bank of Australia (RBA) have made it clear they’ll be watching this closely as they consider future rate cuts.

The risks for the AUD and Aussie economy are once again skewed to the downside after 2019 ended on a positive note, with RBA Governor Lowe suggesting the economy had reached a “gentle turning point.” A series of three rate cuts might have been enough to curb disinflation and to an extent support the labour market amid a dragging trade war, but the coronavirus (CoVID-19) outbreak puts growth prospects into question yet"again.

Beyond the jobs data, South Korea’s 20-day import/export data on Friday will begin to clear the foggy AUD outlook. It will be one of the first economic data prints revealing the economic impact of CoVID-19, which has more than 60 million people in quarantine and international travel"restrictions. 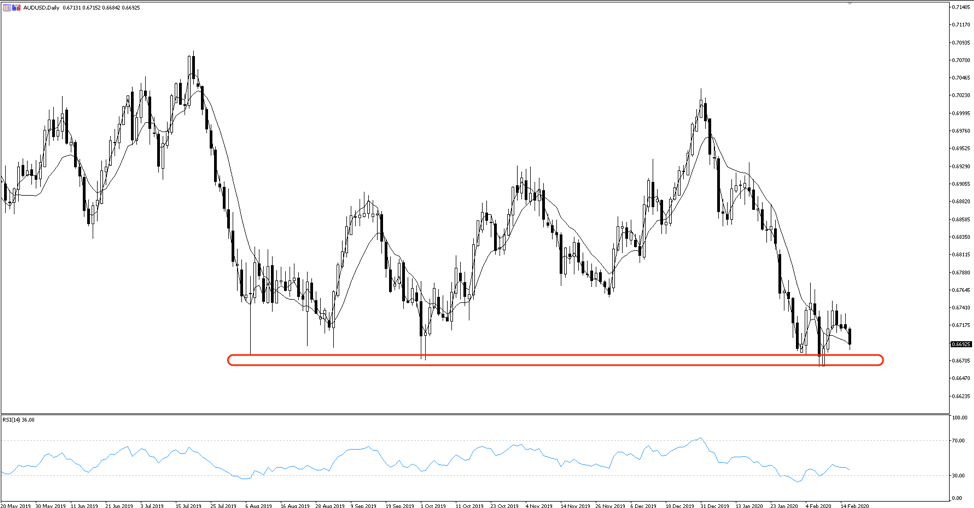