The outlook for gold from here will depend how other major companies fare as China slowly gets back to work and the virus reality sets in. US stocks are in a bull market and will continue to be, so rather than selling down stocks amid the panic, investors seem to be hedging the risk exposure into"gold. 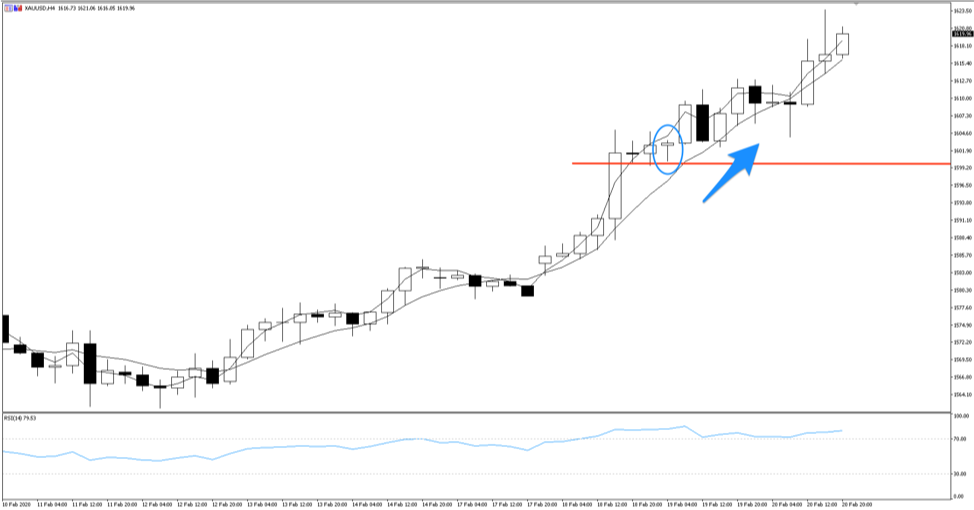 On the 4-hour chart, you can see that gold settled on the 1600 level for a while, testing it before a bullish hammer candle propelled it higher again. We wait for February economic data throughout Asia and news of other major companies facing significant coronavirus disruption for gold to track higher. Gold is at record highs against a handful of currencies including EUR, AUD, NZD, ZAR, and"BRL. 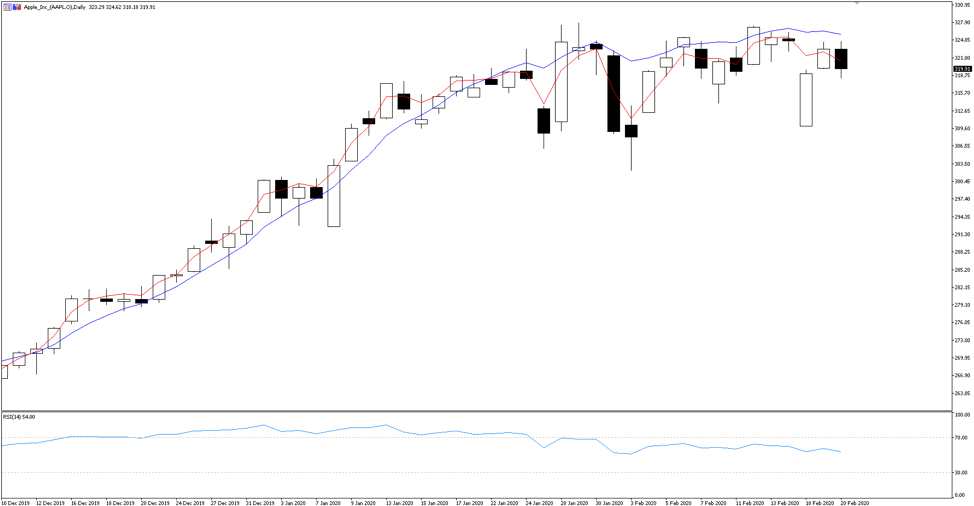 Apple is the most valuable company in the world and you can trade Apple Share CFDs with Pepperstone on MetaTrader"5. 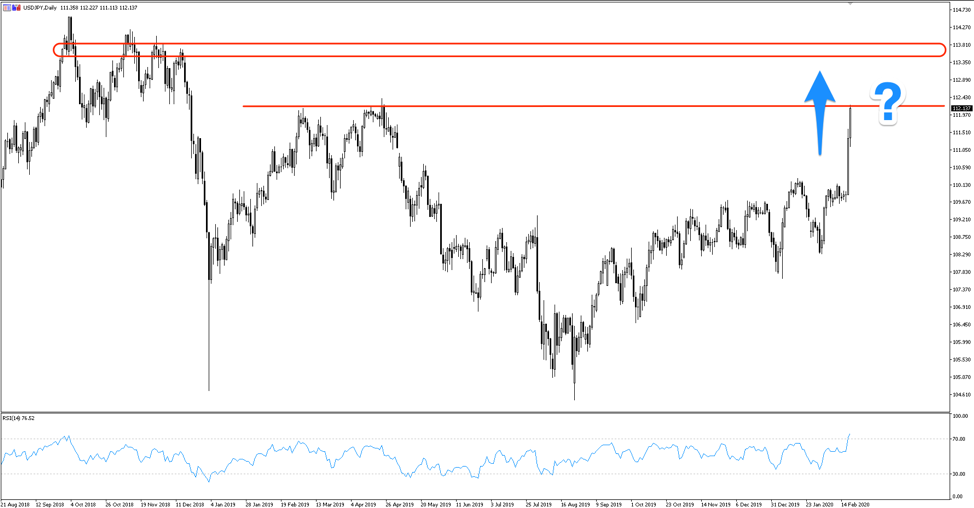 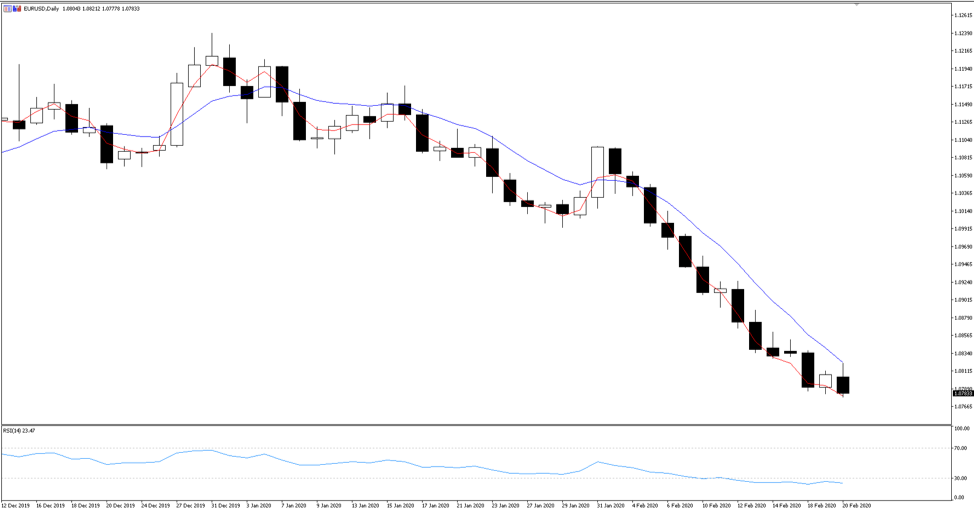