Chris Weston
Head of Research
Share
Asia looks to be closing the weak on a limp note, with equities down smalls, with HK the underperformer (-1%). 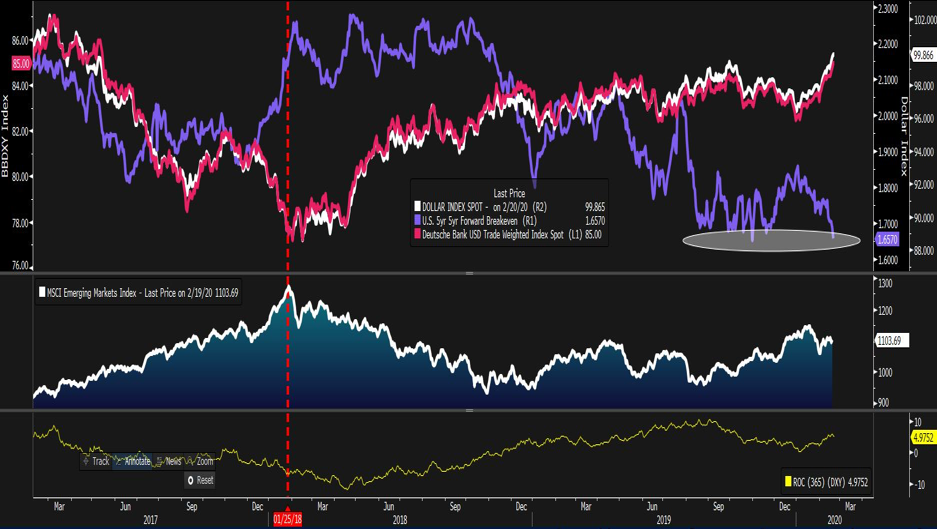 There seems little doubt that if the USD heads higher and lead not just by EURUSD or USDJPY but by USDCNH, then we should be talking about ‘currency wars’. It doesn’t shock that the swaps market has two cuts priced from the Fed over the coming 12 months, and it feels as though we are staring at a similar situation as late 2018 – where the market had priced an aggressive rate cut path and the Fed failed to meet the market. The result was far implied volatility and the market schooled the"Fed.

We also head into the weekend focused on the Nevada primary, with Sanders taking a commanding lead in the polling for the nominee. Nevada is a telling state, with political commentators seeing Nevada as a solid proxy for Super Tuesday (3 March), where we know around 30% of the delegates will be awarded. A win for Sanders here is one that will solidify his chance of the national vote and markets will start to wear a higher political risk premium. We will take notice, and while markets have been of the view that Trump will easily overcome Bernie, as we get closer to the event, the question of “what if” will become more prevalent – the other political case studies are just too fresh in our"minds.