Chris Weston
Head of Research
Share
While the situation is fluid, the big talking point is undoubtedly the recent drawdown in the USD, with the USDX breaking below the 200-day MA and trading to the lowest since mid-March.

Five consecutive days of selling is not something we’re used to, but the greenback at least for now has morphed into the ugly child of G10 FX.

A focus on positioning

The first consideration behind the USD move is positioning. The financial system may be structurally short of USDs, but market participants had filled their boots with long USD exposures. That long USD position (certainly as a percentage of open interest) seen in late February/early March has now been scaled back, with asset managers (such as pension funds) now actually holding a large USD short, having built a large EUR long exposure. While leveraged funds (such as hedge funds) are now only modestly net long USDs.

The USD was a Mecca for global capital

The fundamental reasoning for the move lower in the USD in March. I think we need to take this back to March (point 1 in the above chart), and the world’s insatiable demand for USDs, driven by a rapid tightening of financial conditions, resulting in global capital flocking to quality and the world’s premier reserve currency. In times of stress, the market will head to the JPY, but when we start to talk about a meltdown in the financial system everyone heads to the currency where 80% of global payments are made on any given day, the USD.

Since late March, because of central bank and government stimulus, we have seen equity markets flying, where increasing levels of excess liquidity has driven risk assets off their respective lows. This has been complemented by a re-opening of economies, in many cases far more intense than anticipated, while higher frequency global economic data has been improving on a synchronised basis, albeit off incredibly depressed levels. 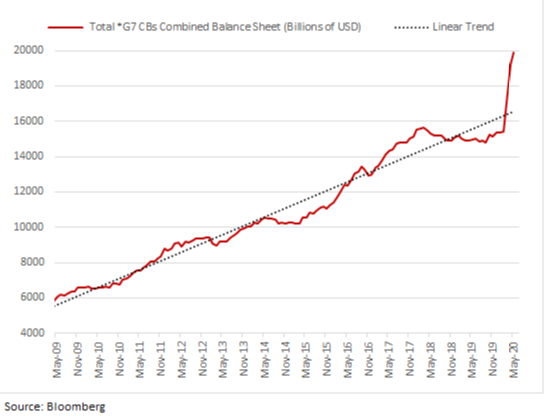 The change in sentiment has largely focused on the lead played by US equity markets, such as the US500 or NAS100, although there has also been strong moves higher in global equities, notably, the Nikkei 225 and it seems like we may start to see outperformance from EU markets. Risk FX, such as the AUD, NZD, CAD, and EM FX have largely followed in the wake. We’ve also a resurgence in crude, iron ore and copper, while corporates are issuing debt at a rate of knots.

The role of the bond market in USD returns

The bonds market I think are key here and I would credit a large portion on the risk rally to the fact that US ‘real’ (inflation-adjusted) Treasury yields have dropped to -57bp. This has been a huge driver in the lift in US equity markets, with the positive effects spilling over into global markets more broadly.

Regardless of valuation, if the real return on offer in the bond market is comparatively unattractive then investors have no choice but to keeping bidding up equity and credit. And consider, if you use this the bond yield to discount the future cash flows of the corporates in order to obtain a present value, then lower yield makes the expected corporate cash flows just that bit more attractive.

Equity loves lower real yield, but it has become apparent that this is supporting risk appetite at a time of better synchronised global data flow. So, the fact is, there has been a feel-good factor pushing through markets and the US is no longer the stand-alone island it once was. Global capital which that was directed to the US as the only game in town has been and can continue to be re-distributed.

In a world where the US was the outstanding destination for investment capital, we are seeing situations idiosyncratic to the US. Notably, with US-China tensions, while the George Floyd protests are likely to have an economic impact at a time when the Atlanta Fed’s model is estimating US Q2 GDP will fall -52.7%, although this will likely be walked back a touch. The news flow is having a political impact, with a Sunday ABC poll putting Joe Biden ahead of Trump by 10-points, while betting site Predictit has Biden out in front for the first time. The Senate is a close call as well and one that could be just as important. A Biden victory is considered as the less friendly path for markets as he is considered more hawkish on tax policy.

What will it take to see a sustained reversal of this trend?

The recent USD bear move may reverse, but to do this on a sustained basis the USD bulls will need to see the S&P500 sell-off, married with higher implied volatility – look for the VIX index to push above 30% again. A rise in US ‘real’ bond yields, which would feed back into a move lower for equity and would be the trigger for a sustained reversal in the USD. However, for now, though, the world is healing, and the USD is not the mecca for capital is was in March. 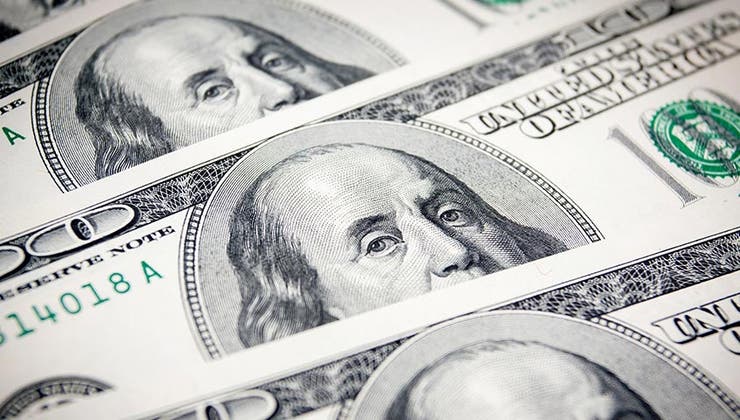 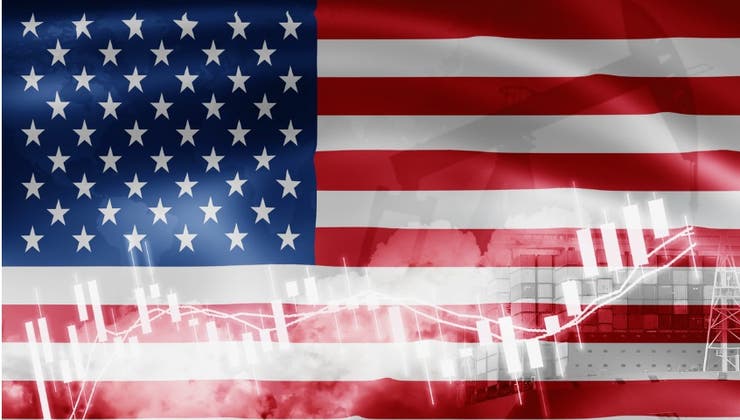