Those impacted more than others could be left behind as markets recover in the coming years. An impending commodities boom looks promising for the Australian dollar, but a lagging oil market could see petro-currencies pull behind. Here’s why I like AUDCAD as a vehicle to trade the recovery divergence.

Australia is the world’s largest iron ore producer and prices have just traded to their highest since last August at 107 USD per tonne. Markets are anticipating not just continued demand from China for more infrastructure, but potentially from many other countries’ own infrastructure projects as part of fiscal recovery packages. It gives a bullish outlook for the AUD.

The Australian dollar is set to benefit from misfortunes elsewhere. Brazil, a major iron ore exporter like Australia, has seen mine closures and supply disruptions as the country battles a disastrous COVID-19 outbreak. Australia is expected to pick up some of the lost trade here.

You can see in the chart above just how closely the Australian dollar (AUDUSD - blue line) tracks the price of base metals (orange). The upper pane is China’s credit impulse (white line), which measures the 12-month change in new credit issued as a percentage of GDP. An improving China credit impulse tends to support base metals, with a lagged effect, which also supports the AUD.

But geopolitical tensions between Australia and China are a risk here - and they’re only getting worse. Sure China might work to become less reliant on Australia’s exports and source raw materials elsewhere if tensions continue to flare but that’s a long-term change. In the short-term at least, Australia should continue to benefit from Beijing’s infrastructure spend.

We can also consider the recovery from the last financial crisis, when the AUD seriously outperformed. AUDUSD steepened to parity and beyond, holding these high levels for two and a half years. There was a lot at play here, including a subdued US dollar as global markets recovered, with the dollar index (USDX) trading around the 80 handle. But most importantly, Australia was left relatively unscathed by the GFC, even avoiding recession. Demand from China for Australia’s exports kept the AUD and its economy buoyant.

Weekly chart: AUDUSD 2003-2020. AUDUSD traded to parity and beyond in the years following the crisis. Chart source data: Metaquotes MT5.

Of course history is no indication of future performance, however there is a case for a cooling US dollar over the coming years as well as signs of continued infrastructure spending in China, both of which could benefit the AUD. This time though, Australia has not been spared a recession, and the domestic economy has its own slow recovery to work through.

Although this time is different, if an impending infrastructure boom is about to set off another commodity supercycle, the Australian dollar should benefit - and outperform - in the coming years. Levels as high as the early 2010s though, seem less likely.

Some industries will face longer-term damage than others as markets recover, and oil could be one that falls behind. Lockdowns, travel bans and an oversupply from producers saw the oil market crash, with futures briefly trading into negatives. Sure demand will pick up from industry, but consumer demand could lag for years depending on the COVID outbreak. This could be a commodity supercycle sans oil.

So I focus on petro-currencies here, like the Canadian dollar, which responds to oil market dynamics. If the oil recovery remains sluggish in the coming months and years, the CAD will suffer alongside. Further, Canadian oil producers have relatively higher costs compared to global competitors, meaning the CAD is more exposed to price shocks.

If we look at the American oil benchmark WTI crude (XTIUSD), price has once again failed to break above the 40.50 handle as the spread of the pandemic causes immense uncertainty in the USA. WTI price remains below where it was trading early March and significantly below where it started the year above USD 60 per barrel.

Adding to the oil woes, Canada is fairly reliant on its southern neighbour, which will face one of the slower recoveries as virus cases spiral. It’s a sluggish outlook for WTI crude, West Canada Select oil, and by association the Candian dollar.

With the commodities outlook favouring the Australian dollar and possibly suppressing the Canadian dollar, let’s look at the AUDCAD set-up.

Price action in June traded mostly in that range between 0.93 and 0.94, finally breaking out in early July. Price has held these levels after breaking, which tells me the AUD bulls are in control, so I’m liking the pullbacks as buying opportunities. From here, I’m looking at a move towards 0.9490 - a resistance level from early 2019. But that could be just a blip in the radar if this thing gets legs and rockets on higher.

You’ve probably noticed just how steep that AUDCAD recovery has been since March - this is due to the AUD being a high-beta currency with strong responses to global risk sentiment. It’s sold off heavily in crisis times but makes big gains when markets are risk-on. So as much as a potential commodity boom favours the AUD against petro-currencies like the CAD, it could be a bumpy ride. Greater geopolitical tensions and COVID uncertainty will weigh on the Aussie heavier than the CAD. I’ll be monitoring price action in these instances to see how quickly price snaps back, that being if pullbacks from any risk-off headlines are simply treated as buying opportunities. 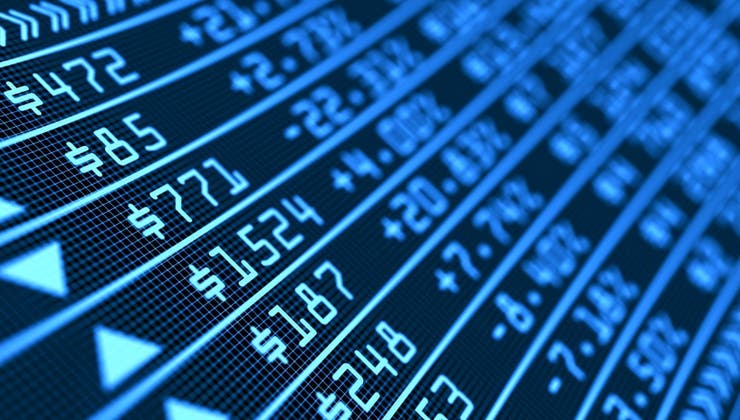