Homepage/Trader thoughts - The JPY is headed lower and fast/
USDJPY

Chris Weston
Head of Research
Share
The focus falls on the JPY where the moves have turned into a one-way affair again. Trend and momentum accounts are all over the move higher and in the institutional world, there are just very few buyers of JPY.

While USDJPY gathers the attention, it's CADJPY where the real moves have been seen of late, with the cross up 11 days in a row and eyeing the sort of form we saw back in March where we saw 14 straight days of gains. 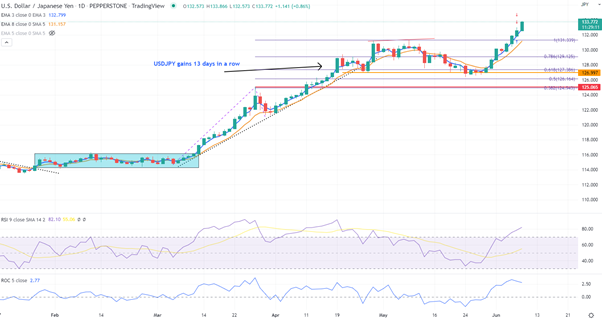 The central bank divergence trade is in full play and the JPY is being carted out – USDJPY sits at a 20-year high and is in beast mode, with eyes on 134.00, before the January 2002 highs of 135.15. Traders are now on full alert for BoJ and MoF headlines that they are “watching the JPY” - combine that with several technically overbought readings and it's no wonder why retail are increasingly attracted to long JPY positions – retail FX traders being the ultimate countertrend players.

Retail traders aside, the BoJ’s commitment to maintain its incredibly loose policy setting is bringing out wave upon wave of sellers, with reports that Japanese insurance companies are piling into JPY hedges. Leveraged hedge funds and systematic trend followers would be all over this move too. Only this week we have heard from BoJ head Kuroda that the JPY is not a policy tool and a simple look at Japanese data – real wages and real household spending – suggests the BoJ are not likely to tweak policy anytime soon.

Interestingly, we’ve heard that yesterday there were no trades in the Japanese bond market, which considering it’s one of the biggest markets in the world is simply incredible - The BoJ have effectively removed all price discovery, however, while we haven’t seen much of a move in the US bond market traders are still moving capital out of Japan as the divergence trade continues. The US-Japan 10-yr bond yield spread has consolidated at 267bp, but it has been thoroughly influential in driving JPY outflows – at a simplistic level, every 10bp widening in this spread equates to around 140 pips of upside in USDJPY.

We can look at the options market to see sentiment has flipped, with USDJPY 1-month call volatility now trading at a premium to puts, which portrays a market that says if we are to see a move in USDJPY it will likely be more pronounced to the upside than downside.

We watch and trade, but the JPY is the big FX trade again, and for me it feels like it's only a matter of time before USDJPY tests 135.15. This week's US CPI print (Friday 22:30 AEST) could be the pivotal catalyst, with the market looking for headline CPI to print 8.2% - a topside outcome (say 8.4%) and USDJPY should break 134. 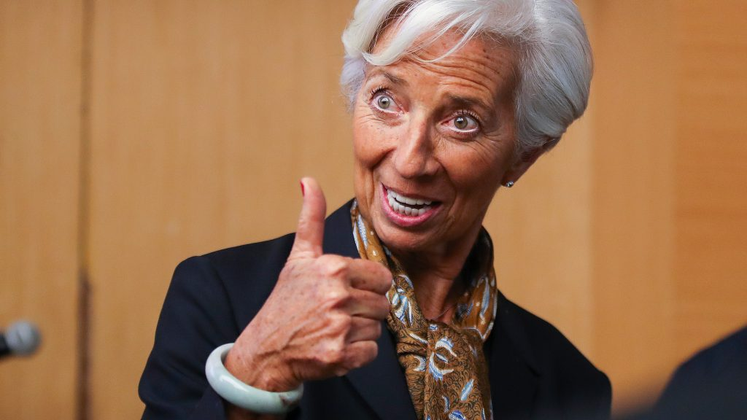