The fact is, vols has fallen a touch thanks again to the Fed, and ironically Fed chair Powell, even touched on the idea that the Fed weren’t directly trying to suppress volatility in money markets. Perhaps directly no, but the Fed’s balance sheet expansion, subsequent increases in excess reserves, along with a widely held belief that any rapid tightening of financial conditions will be met with a show of defiance - with interest rate cuts, yield caps, or increased liquidity conditions, has been a strong contributor to record low vol seen in FX markets, and subdued vol in fixed income and equities"too.

USDJPY has lost small ground on the moves in US bonds and rates and once again looks to test the 109-handle, with solid two-way flow in USDCHF, with increased buying into 0.9730. Flip onto the daily though and see the pinbar (chart below) looking ominously in play. EM FX has seen a mixed fare and perhaps hasn’t seen the buying one would expect given we’ve seen a Fed happy to keep liquidity in check and offering a slight dovish turn on inflation. I guess we still have the 2019-nCov to work through and the economic overhang that will require the PBoC to go hard on liquidity to keep hibor and shibor in check and allow efficient access to working capital for Chinese"businesses. 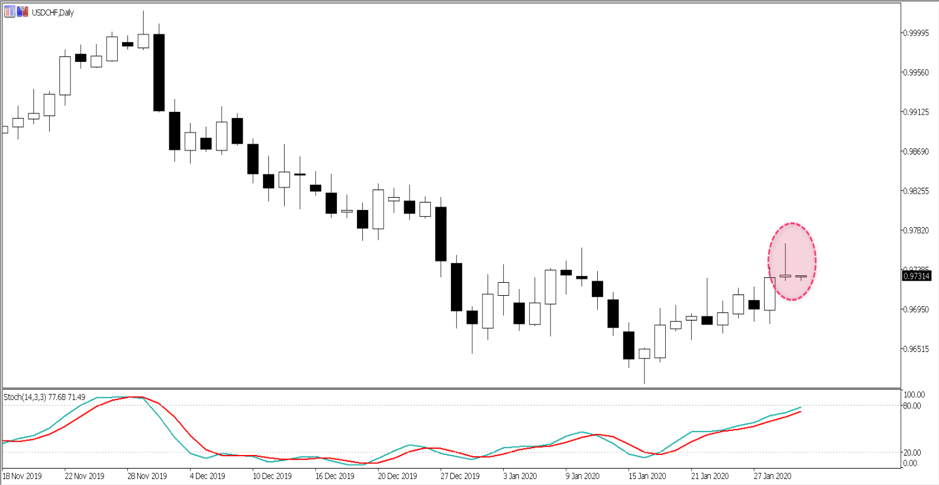