This tech crash is the first real scare for the new wave of retail traders created during social lockdowns. And it’s no doubt the booming retail trade has fuelled the ever-growing tech stocks, at least until we saw some major players come back into the market last week as the US summer break wound up.

But it’s not just tech that’s hurting. The effect has spilled into other corners of the market. So as markets come alive with movement, I’ve compiled five charts to explore the risk-off mood to consider if this is simply a healthy correction or a sign of something more sinister to come.

It seemed for a while there the record highs might never end. The NAS100 was unstoppable, until it wasn’t.

The index has shed more than 11% since its record high last Wednesday and wiped almost a month’s worth of gains. But more concerning to me is the technical set-up. We’ve seen a firm break of March trend support (red line) as well as the 50-day EMA (purple) - with both levels giving way on a daily closing basis.

Markets stopped short of a close below the 11000 handle, so is there hope in the psychological level holding?

We now focus on what happens from here. The technical breaks are bearish, yet futures are signalling a higher open during this Wednesday asian session. So it’s a battle between those that eye the cheaper prices as a buying opportunity and those that think the market has further to fall.

And what happens to the booming retail trade? A big sell-off often pushes the less-experienced out of the market. If we see panicked day-traders exit these markets for good, that flushes out a lot of marginal market participants. If they jump back on in the masses, the index could be soon enough back to record highs.

The star child of the stock rally: Tesla. The EV leader has had a stellar run this year, joining the elite club of pandemic winners alongside the likes of Amazon (AMZN.O) and Apple (AAPL.O).

But big moves up when times are good mean huge moves lower when markets turn - and Telsa is down 34% this month. The firm staged a five-for-one stock split late August, largely because the share price had become too high for retail participation. Circled in the daily chart above is the first day of trading after the share split - Tesla has only fallen since. Possibly an element of buy the rumour, sell the fact - but the rotation out of tech has also caused pain.

When accounting for the after-hours market, Tesla has closed right on its 50-EMA (purple). Only time will tell if it can simply bounce off this level or push straight through.

The crude oil market is showing signs of concern again after failing to reach the 61.8% Fibo level of the 2020 sell-off and forging a path lower, with the MACD histogram giving a bearish signal.

As price sinks below $40, the crude market will start causing headaches for the US Federal Reserve who are ready to let inflation run higher as part of their policy overhaul and hopefully stage a stronger economic recovery. But lower oil prices are a huge disinflationary pressure, due to it being one of the most common production inputs.

Oil demand just doesn’t seem to be picking up as populations remain in some form of lockdown and will face travel restrictions for a long while yet. If the price fall continues, the 38.2 Fibo would likely offer support as it did in May. But the closer WTI crude (XTIUSD) gets to $30 a barrel, the more likely OPEC+ will intervene to support price, probably with yet another round of production cuts.

After months of decline, the US dollar index has paused and started pushing sideways in a channel between 93.50 and 92.15.

The Fed will be keen to see the US dollar weaken further over the coming months if it’s to take the average inflation target policy seriously. A lower USD means higher commodity prices and more expensive imports, both providing inflationary pressures on the US economy.

Yet when markets panic, just as they have in this week’s tech sell-off, the USD tends to receive a bid as investors seek refuge in the safety of the world’s reserve currency. So if the stock rout continues, I wouldn’t be surprised to the channel break to the upside above 93.50.

But I never forget the saying “Don’t fight the Fed”. If the Fed truly wants higher inflation, it needs a weaker US dollar and will step in eventually to guide the currency where it needs to be. The question is how soon that comes, and at what point a stronger US dollar really starts to concern policymakers.

Among the chaos, the USDJPY safe haven trade may be kicking in again, with the FX pair pointing to a second day of losses. The July trendline has held and the pair could be in for another test of 105.30 support. If support breaks, 104.20 will be my target.

A stronger JPY is consistent with US election year as USDJPY has historically been the favourite vehicle to hedge election risk. With poll margins narrowing and less than two months to election day, this trade may be about to come alive.

USDJPY fell ahead of the 2016 election and rallied on news of a Trump victory. I wouldn’t be surprised to see a similar tale this year if Trump is to win a second term, considering the incumbent’s pro-business policies.

If this week’s share market volatility is a sign of any upcoming uncertainties ahead of the US election, I’d expect the USDJPY trade to fire up alongside. 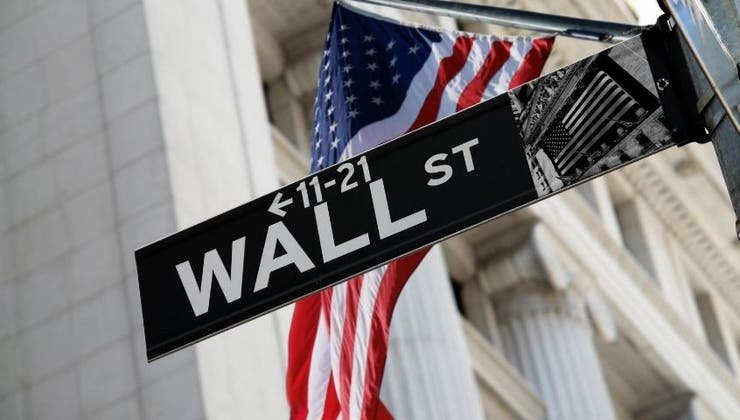