Chris Weston
Head of Research
Share
While it is hard to keep up with the ever-changing news flow, the weekend narrative has largely focused on the economic damage the virus will inflict.

In this environment, it's too hard to be long an index outright and would rather buy as part of a long/short idea. Where the trigger for outright longs comes when we get a sense that we are seeing evidence of the case count curve plateauing and about to flatten out. We’re not seeing that yet, but when it comes the buyers will come in…this is also true in the US, where despite moves from the Fed and various fiscal measures, the trigger and green light to buy, at least for more than an intra-day trade, is the case curve. A Flatter curve equates to buying risk, and with the US case count pushing to 32,356 and a truly worrying 8149 new cases on the day, subsequently, we're not there yet by any"means. 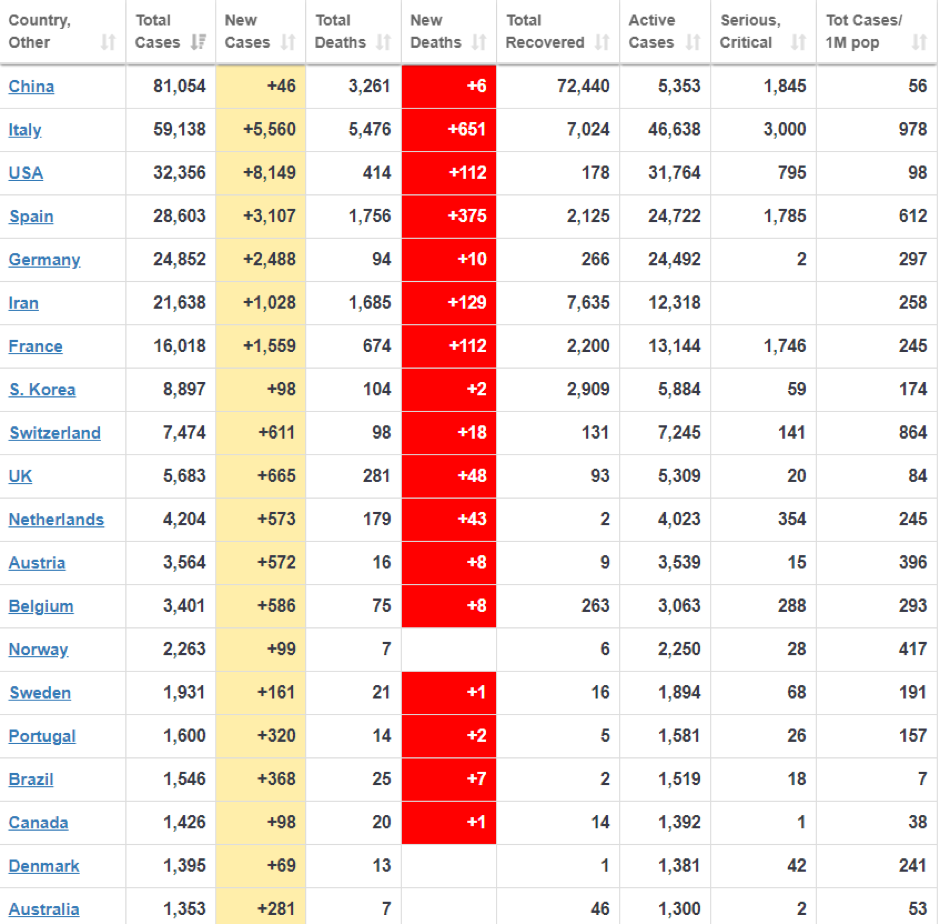