Chris Weston
Head of Research
Share
12 hours ago few had heard of B.1.1.529 and now it seems many market players are becoming familiar, asking questions and getting few answers.

We know it was initially identified in Botswana, but cases have been seen in South Africa and even Hong Kong.

This variant wasn’t known about last week, but the reports are this strain is heavily mutated, with experts detailing these mutations are different from known variants. The case numbers are currently small, but the concern is two-fold.

We’ve just seen the UK government take an early stand by placing six African nations on its red list and when married with concerns of a fourth wave in SA, ZARJPY is -1.7% while USDZAR has smashed through the 16 handle and the highest levels since in over a year. Our SA40 index may find a wave of sellers upon re-opening.

I guess when various EU governments are already in the process of adding restrictions and some, like Germany, have been considering restrictions, so traders question if this will simply accelerate that process. Especially if this is indeed proves to spread rapidly, and with cases now in Hong Kong it increases the market's concern.

If we add in thin liquidity and the weekend gapping risk, it feels prudent as part of the risk assessment to de-risk portfolios into the weekend. News that Chinese regulators have requested Didi to delist from US bourses may have also added to the flow, and we see the HK50 -2%.

The JPN225 is -2.7% and seeing the big percentage move lower in Asia and in turn weighing most on S&P500 futures. A broadly stronger JPY is perhaps impacting equity sentiment, but Japan has also failed to offer freedoms like we’ve seen in Australia and other countries, despite really having incredibly low case numbers. The fear here is a new strain will just see case numbers rise again and the prospect of freedoms pushed further out.

Put SpotCrude and BrentCrude on the radar, as both are finding sellers easy to come by as a pure read on potential restrictions and the impact on demand – this is especially interesting ahead of this Thursday’s OPEC meeting – subsequently we ask, does the lower crude price incentisize OPEC to put its 400,000-barrel output increase on hold? I suspect it does.

Our GER40, EU50 and UK100 equity indices are seeing good sellers and the US2000 is down nearly 2% at this stage, as small caps are getting hit.

US Treasuries are finding good buyers, and the VIX should push above 20%. It feels like a genuine risk aversion move into the weekend and one where questions are being asked and few answers are found – often the sort of environment short sellers put in their best work.

Trader thoughts - charts that are front and centre 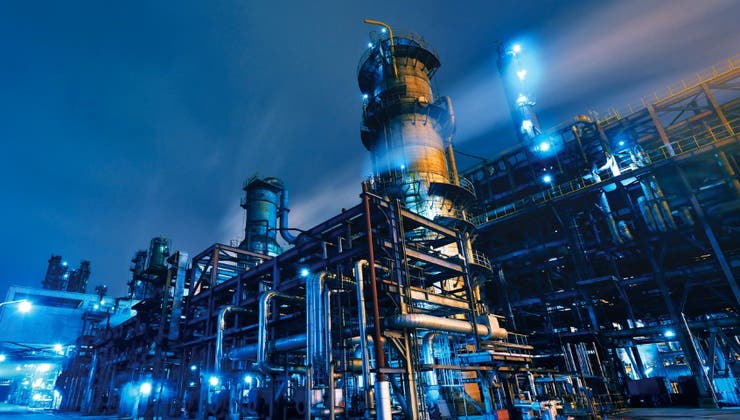