Chris Weston
Head of Research
Share
The FOMC meeting may get the headlines this week, but with interest rate futures pricing 65bp of hikes this week’s BoE meeting - essentially a 40% chance of a 50bp hike and 60% of 75bp – with expectations split the prospect of GBP volatility is unsurprisingly elevated.

The FOMC meeting may get the headlines this week, but with interest rate futures pricing 65bp of hikes this week’s BoE meeting - essentially a 40% chance of a 50bp hike and 60% of 75bp – with expectations split the prospect of GBP volatility is unsurprisingly elevated.

GBP Implied volatility is sky high - We can see expectations of increased movement through the options market, where GBPUSD 1-week implied volatility sits at 15.2% and near the highest level of the year. For context, this equates to a 200-pip move in GBPUSD (higher or lower) over the coming week. This anticipated movement is a result of wide dispersions in the collective views of movement and the lack of conviction to correctly price risk – this is of great importance for traders, and we should consider:

Also consider that the utility price caps are expected to reduce inflation by just under 4 per cent in October and around 5% by January – in fact, UK CPI is now expected to come in nearly 3 ppt below the BoE’s Q4 22 forecasts made in August. Given that energy has been at the heart of the rise in headline inflation, this should sway the odds to a 50bp hike.

With market pricing leaning towards a 75bp hike, if the BoE hike by ‘only’ 50bp then the GBP should fall – if we take the hike in isolation.

While the markets look forward, there is already a debate around a 50bp or 75bp hike at the November BoE meeting. Looking even further out, tax cuts from the Truss government and a weak exchange rate have traders guessing as to the correct ‘terminal’ bank rate – this is the level the market feels the BoE could take the bank rate at its highest point/peak – as it stands, swaps pricing has the BoE bank rate headed towards 4.5% by mid-2023. Most economists would say this is too high and look for a terminal rate between 3.5% to 4%.

Again, if the economists are on the money with a below market-pricing terminal rate call, and we won’t know for some time, again, it opens up downside risks in the GBP.

Terminal rates matter for FX pricing, but so do bond markets and higher yields running concurrently with deteriorating growth and a weaker currency is a toxic mix for a government running a sizeable current account deficit and requiring increased borrowing from the debt markets. Its not hard to see why short GBP is such a consensus trade.

Supporting the GBP is positioning. A look at the Commitment of Traders report shows non-commercial accounts are heavily short of GBP futures, although the CFTC data is not always the best guide on broad FX positioning. However, given the heavy trend lower in the GBP, one can easily assume that the speculative part of the market is already heavily short GBP. This should cushion the downside on a 50bp hike but see a pronounced move higher should we see a 75bp hike. 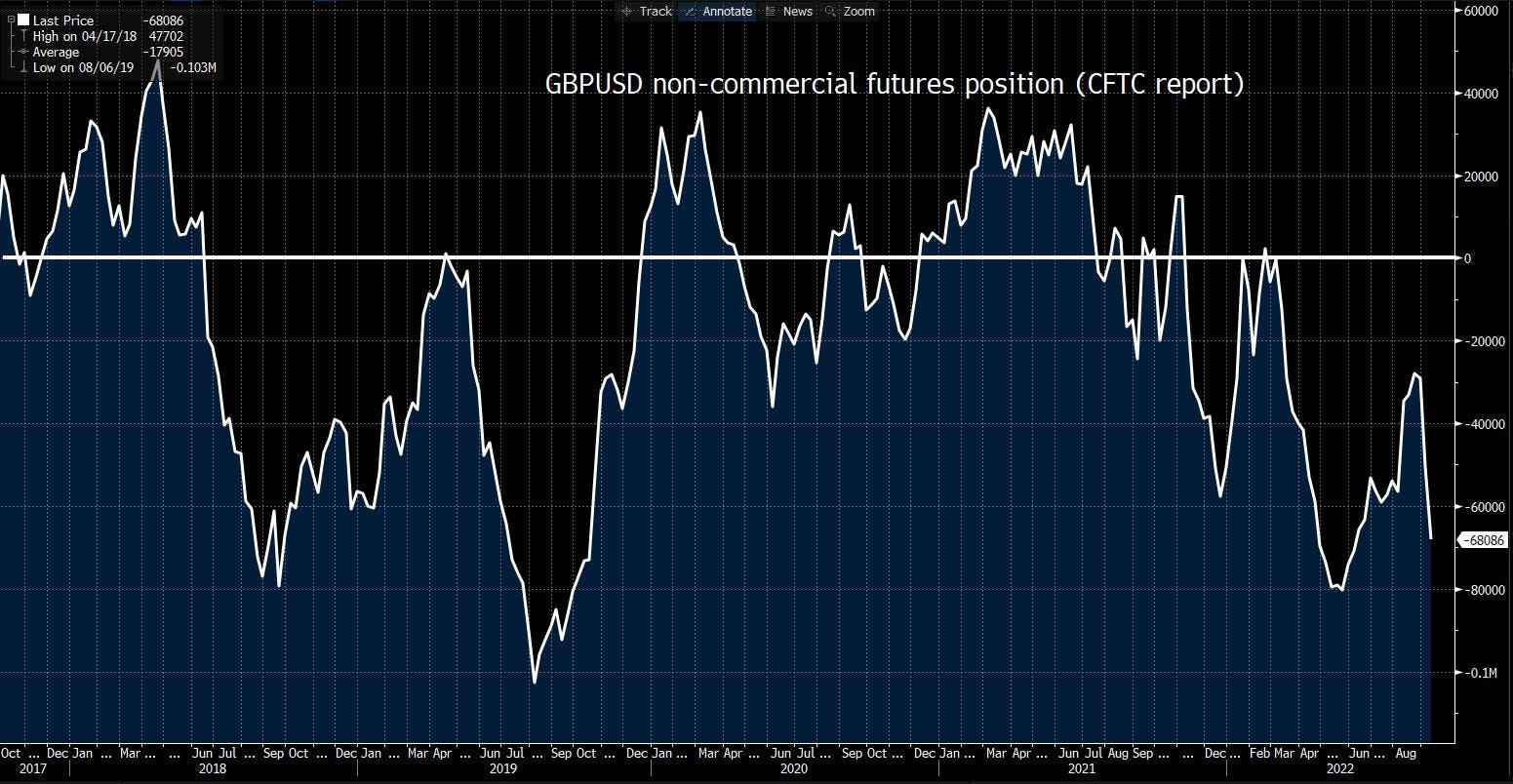 As mentioned, correct position sizing will keep you in the game should you choose to be involved in the GBP this week. It’s going to be lively, and the market expects increased movement – lots of it. The BoE meeting promises to be another lesson in both positioning and knowing what is priced into rates markets – from this perceptive if the BoE hike by 50bp and considering the current expectations for the terminal rate, one can assume there are greater downside risks to the GBP.

Another, more defensive way to trade the meeting, is to look to sell rallies through limit orders 75-100 pips above the market on the day – this way if the BoE do hike by 75bp then I capture the upside from the rates pricing, but this aggressive action will just weigh on growth more prominently and again should see traders sell GBP.

Put GBPCHF on the radar too – with 85bp of hikes priced for the Swiss National Bank meeting (17:30 AEST Thursday) we could get some fireworks in the CHF – if you’re of the view the SNB hike by 100bp, then short GBPCHF may be a tactical trade to express. 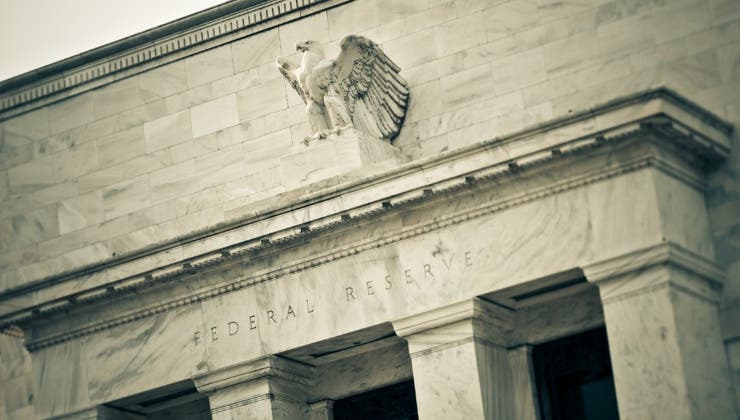 ECB Meeting: Can a 75bps hike turn the corner for the euro? Unlikely