Homepage/Market News/Bernie Sanders in front for Democratic nomination. What does this mean for markets?/
US 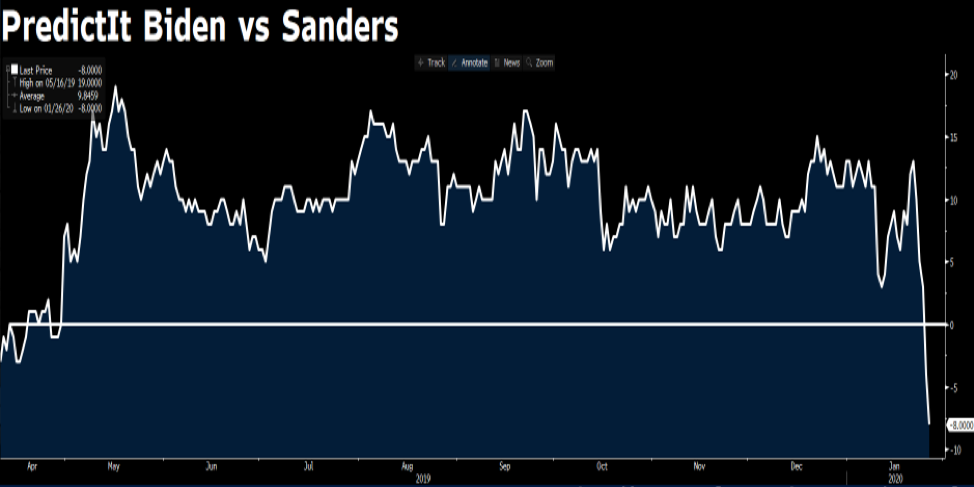 A New York Times / Sienna College poll finds Sanders ahead of the pack in Iowa, with 25% of likely caucusgoers selecting him as their first choice. Buttigieg comes next at 18%; Biden 17%; and Warren"15%. 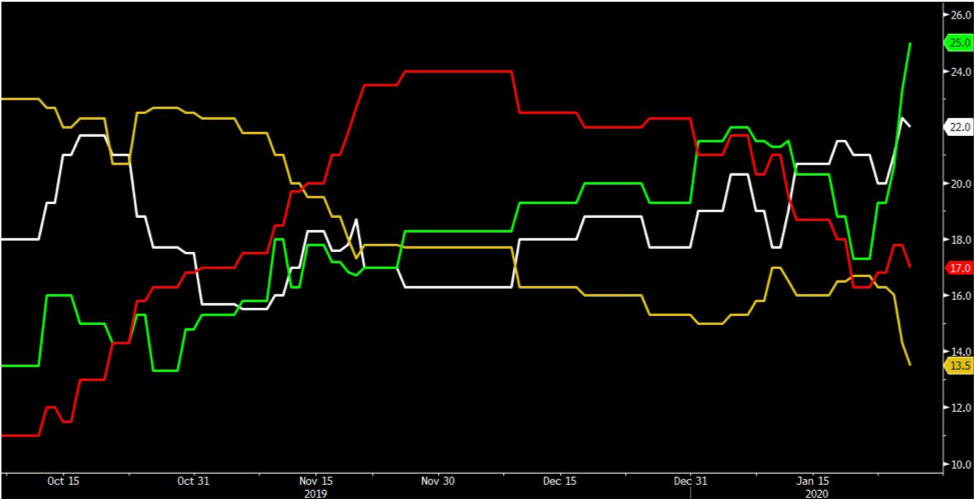 Beyond financial taxes, a Sanders administration (or Warren as well for that matter), could be an even harder ticket than Trump for resolving the US-China trade dispute. Intellectual property rights won’t be the only major sticking point in trade negotiations. We’d expect Sanders to bring climate change and human rights issues into any possible deal, prolonging a deal and increasing uncertainty in forex"markets.