Chris Weston
Head of Research
The US bond market has been blamed for the evolving risk-off vibe seen in markets.

I'm not so sure it worries me as intently as many have argued and would be looking far more closely at the deterioration in real-time economic data, and the prospect of Biden joining other political leaders in putting more stringent measures in place to tackle COVID post inauguration.

Many have focused on the move in US 10yr Treasuries, with yields rising from 87bp in December to a high of 1.185% last week, before closing out at 1.08% on Friday. The ultra-long end of the Treasury curve, the 30-year US Treasury, is the part that can be least influenced by Fed policy, This rose to 1.93% with bond traders being big buyers of ‘curve steepeners’ - effectively going long short-end rates (say 2’s and 5’s) and short 10’s and 30’s.

Curve steepeners are the classic inflation trade to put on in fixed income and equity traders will tend to watch this closely.

The 2’s vs 10s Treasury yield spread rose from 39bp (or 0.39%) to 103bp last week, before ‘flattening’ out at 94bp on Friday. The 30yr has been less affected but is still finding modest buyers and traders have been all over the 5yr vs 30yr spread. This is one to watch as a reflation guide as it’s such a huge consensus position.

The idea that the Fed will be watching this move in rates and feeling hot under the collar and ready to deploy yield curve control seems highly unlikely to me. Although, it’s no coincidence that we saw the big three players on the Federal Reserve (Powell, Clarida and Brainard) all out last week pushing back on the notion of tapering its purchases anytime soon. Clearly, this was aimed at avoiding a re-run of 2013 and the ‘taper tantrum.’ In effect, this should support risk assets should volatility pick up to say 30% in the VIX.

In many ways the Fed would actually quietly welcome the steepening of the curve, where the banking sector becomes more profitable in this environment and perhaps this is the missing piece which pushes the velocity of money higher.

A 31bp rise in the 10yr Treasury since December is not to be ignored though and the bears will say that the discount rate is moving higher. In turn, this is reducing both the equity risk premium and the present value of equity and is why equities are rolling over. That’s certainly true, but there’s good and bad reasons why bonds are sold and in this scenario the move into 1.185% was driven by positive factors.

Importantly, we saw 10-year breakeven inflation expectations rising at the same time, which resulted in lower real yields. In this environment investors typically don’t liquidate exposures and buy volatility and we saw participants rotate into markets that do well in this ‘reflation’ environment. Curve steepeners, the Nikkei 225, commodities, value and cyclical sectors (financials, materials and energy) and reduce tech exposures. They also sell the USD and buy the AUD, NZD, CAD and EM FX.

In fact, as long as the pace of the selling in bonds is gradual and nominal Treasuries and inflation expectations are rising concurrently, central banks will remain uber dovish and rising yields won't be a bad thing.

However, on Friday we saw real US Treasury yields lower by 4bp but yet the USD rallied and gold came off. This is a red flag to me. In fact, the way gold is trading today makes me quite concerned that the market feels this part unwind of reflation bets has more to go. I see this fall as ‘bad’ real yields decline – where both inflation expectations and nominal Treasury yields move lower together, with nominal Treasury yields falling faster than inflation expectations. Given how frothy and overextended markets have been this may be the start of a slight unwind, with the USD at the heart of the move.

This is the market de-risking and it's here where it pays to be vigilant.

Short AUDJPY for 79.00 might be a good vehicle to hedge this period of uncertainty. 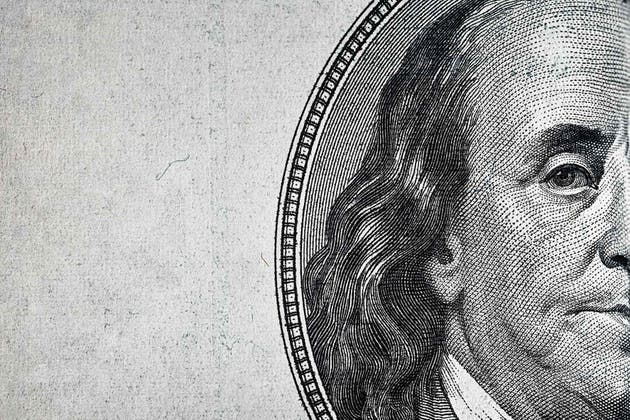