Chris Weston
Head of Research
After giving a rather bullish account of US equities yesterday, we see turnaround Tuesday kick-in with the S&P 500 and Dow both -0.6%, NAS100 unchanged, and the Russell2000 -0.7%.

Volatility has picked up with the VIX +1.04 vols to 26.11%, the USD and Treasuries are bid, and yield curves are flatter.

News of Johnson & Johnson halting its COVID-19 vaccine has been a headwind, but so was Eli Lilly & Co, who also hit us with news in the latter stages of US trade that it too had paused vaccine trials. As I've mentioned in past notes, the market is happy to head higher in the absence of bad news, and we’ve seen enough in there to cause tighter financial conditions.

Apple iPhone and product launch aside, Citigroup and JP Morgan have kicked off Q3 earnings, with JPM reporting some pretty good numbers relative to consensus and a surprisingly low provision of $611m for credit losses (vs $2.8b consensus). Although, they were quick to point out it didn’t reflect a better economy. Trading revenue in its FICC division was solid at $4.6b, but it looks as though the street may have been disappointed by Q3 net interest on income (NII), which was driven by net interest margin of 1.82% vs consensus of 1.93%. JPM is the marquee bank to own if that sector is one to look at, but today we see financials at the bottom the sector leaderboard and the tape looks pretty bearish.

Bank of America, Goldman’s and Wells Fargo report in upcoming trade and while we shouldn’t see them rock the broader market too intently, if I was to play a steeper Treasury yield curve at some stage through a bank it would be long BAC.

As it is, we’ve seen a better bid in US bonds and the long-end has worked well, with 10s -5bp and 30s -6bp. Traders, it seems have put aside the DEM blue wave trade for the day, perhaps it’s sufficiently priced for now and considered the vaccine news. One could argue there has been a renewed focus on COVID-19 cases anyhow and the restrictions that are being rolled out to reduce the spread, as we head closer to the European winter. Obviously, the fear is seeing a return to full lockdowns, although the bar is high with the focus once again on prevented hospitals from becoming overwhelmed.

In the UK 17,234 new cases were seen, with London likely moving to its ‘tier 2’ system. France has reported 12,993 cases, lower than the weekend numbers but it continues to raise the 7-day average. 94 patients have been admitted to ICU, the biggest jump since April. New restrictions including an 8:00 pm curfew, likely to be announced by President Macron at 8:00 pm local time today. Big increases have been seen in the Netherlands (a daily record of 7,393), where new restrictions are being implemented, as is the case in Italy.

The case count is rising in the US and one concern traders have about a potential Biden administration is that his bar to shutting down the economy is far lower than Trump. Should we see a rapid rise in hospitalisation rates, then the market will be far more sensitive to the news flow than if we had Trump as the Commander-in-Chief.

The news flow can be seen in FX markets, with the USD up 0.5%. With no real consideration for an-line US CPI (+1.7% on core) and we see the greenback finding good buyers vs the NOK, GBP and AUD. GBPUSD has been well traded, with Brexit headlines marrying with fears of shutdowns and the impact that will have on the UK economy.

10-year UK gilts fell 3bp to 24bp, with 2-year gilts -2bp to -5bp, with inversion in the 2s vs 5s curve seen for a number of days now. Could we be looking at impending inversion in the 2s vs 10s gilt curve too? This would be a GBP negative, even if there is still a solid chance that we get some sort of last-minute Brexit deal in mid-November, which would suggest we see a very strong rally in the GBP. We head back to the notion that the GBP is ‘cheap’ on certain metrics. However, for now traders have heard comments from Boris Johnson that “trading with EU without deal holds no fear” and the UK is “ready and willing” for no-deal Brexit and acted, with cable hitting a low of 1.2922 and EURGBP a high of 0.9085. 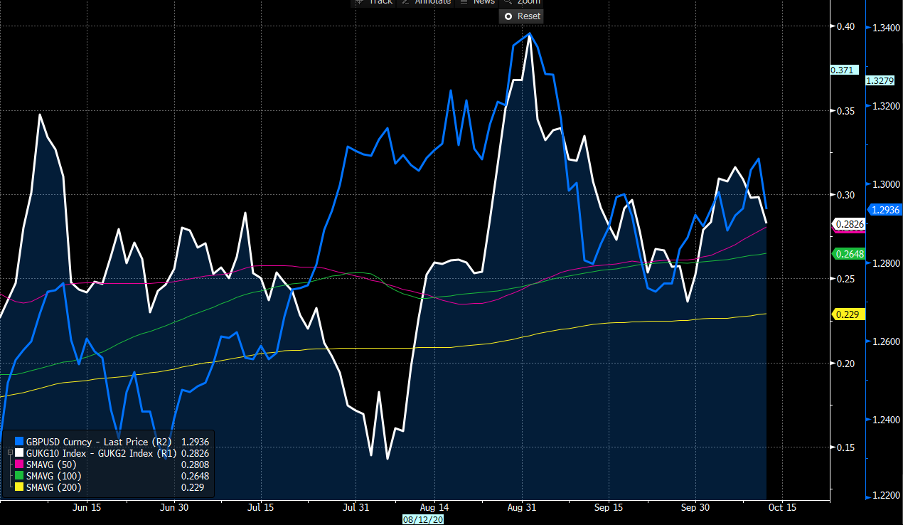 A fear of leaving on WTO-terms and the negative impact that will have on GDP, not to mention the political ramifications that may have on support for an independent Scotland, married with rising lockdown fears is a toxic combination for GBP right now. I want to buy the GBP, but timing is obviously key and right now it's brutally tough to trade. 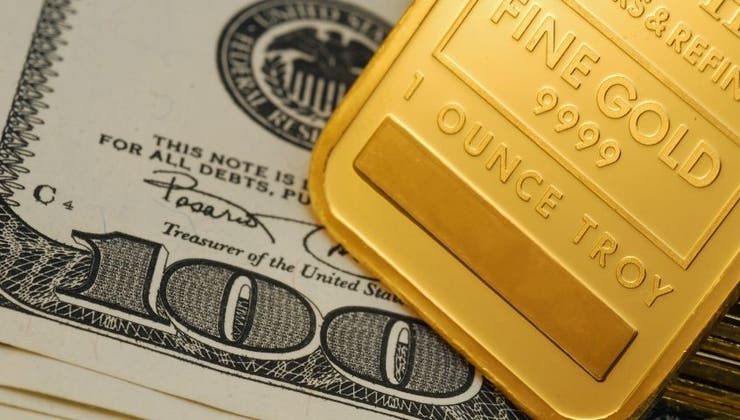