The UK government’s recent decision to decline an extension of the Brexit transition period beyond the end of this year means that we have now moved beyond the deadline which was set to expire at the end of this month. The new priority is now to unblock talks on the two sides’ future relationship, so officials have drawn up a new path to hash out a deal. The odds of that happening have apparently improved with hopes rising that a month of ‘intensified’ negotiations starting on June 29 will yield a breakthrough, though it will be tough going for sure. 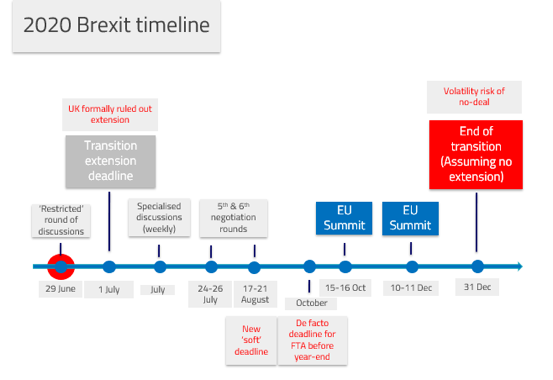