Homepage/August was an incredible month, but we start September on a negative tone/
FEDUS

Chris Weston
Head of Research
The focus of the session fell on Fed VC Clarida, but the remarks I’ve seen are largely a repeat of what chair Powell said last week.

We'll have to see if Fed gov Lael Brainard can offer further guidance when she speaks in ahead of US trade (3am AEST). I'll add that that Clarida did note that there's a place for yield curve control (YCC), which most know is the case. But the need right now is low and the fact is should nominal Treasuries sell-off in any meaningful way, we know the Fed will cap yields at certain parts of the curve. This would be huge for the gold market. The moment we know there's unlimited bond purchases then balance sheet concerns just throw gold up as a natural hedge. We’re not there yet, but gold bulls will certainly be wanting to see YCC for sure.

We also heard that the FOMC is “aiming to reach a decision on potential communications changes by December”, so this subtracts some of the importance of the 18 September FOMC meeting. One could argue that it somewhat modestly depoliticises the Fed, in that it pushes the December meeting as ‘the big one’.

It also suggests that now we’ve got the change of policy to inflation targeting out of the way, it means we’re in a holding pattern by way of catalysts. With the market still keen to understand how on earth they'll drive inflation above 2% for a sustained period. It’s probably why we’ve seen 10-year Treasuries down 2bp, although that said, we’ve seen breakevens moving higher and real yields are a touch lower. This is ultimately the Fed’s objective here. The move lower in real USTs has not resonated to greatly in gold, which closed +0.2%, while silver has had a bigger move closing up 2.3% and looking the more bullish proposition on the daily chart.

Closing out a solid August for risk assets

Month-end flows may have distorted moves in equity and FX markets, so we’ll see how the landscape looks in the session ahead and the new month. However, at this stage the calls for Asian equities are on the weaker side, notably where our AUS200 price sits 1.2% lower from the cash close and tests the lower Bollinger Band. US equity leads are mixed, with the S&P 500 closing -0.2%, where tech, healthcare and utilities performed well. While financials, energy, and materials lost ground and could be another reason why the ASX200 is likely to underperform (given the weightings of these sectors on the index). With tech working, notably Tesla and Apple which closed +12.6% and 3.4% respectively and has helped the NAS100 to a 1% gain.

We saw implied equity index volatility really pick up with the VIX index gaining 3.4 vols to 26.4% and the NAS VIX up 1.75 vols. However, I'm not sure we can put this down to increased fear of a down move though and the interesting aspect here is that it’s been driven by relative buying of call (option) volatility. Notably in Apple where traders have been better buyers of upside call vol. Recall, when you look at the VIX index, historically it has been linked with downside moves in equity. So the S&P 500 falls and the VIX rises as traders pay up for downside protection. The opposite is true here, where big buyers of call volatility are pushing the VIX higher. Volatility, as we know, works both ways and is directionally agnostic.

It does worry that small caps were down quite hard with the Russell 2000 closing -1%, on turnover 19% above the 30-day average. So not a great sign that small caps underdoped large caps, utilities outperformed industrials and breadth was poor.

In FX markets, we close out the month of August with the NOK both the best performer on the day and the month, followed closely by the AUD, CAD and GBP. This was not the call from seasonality, where August was always a great hunting ground for AUD, CAD and NZD shorts. This time is different it seems, so it’s refreshing to see that over the past 15 years there is no discernible trend to focus on in the USD through September. The Fed remains the dominant price maker and if they can affect inflation expectations then real yields will go lower and the USD will likely fall. A big ‘if’ and while I will always try and ride the flow of capital when trading, the contrarian in me looks at risk reversals and USD positioning, and sees a market incredibly well-positioned for USD downside.

Levels to watch in AUDUSD

While we look for a soggy open for Asian equities, the event risk is very much in play as we roll through the session. Notably, AUD traders will be watching for any language tweaks from the RBA (at 14:30 AEST), although daily implied volatility sits at quite low levels and traders are expecting about a 40-pip move on the day, which puts a session range of 0.7413 to 0.7340 (red lines) in play. The outlier move is set for 0.7440 to 0.7307 (green), although the market ascribes a 10% chance of either level being hit for clear reasons. Here’s the playbook I use for mean reversion.

We also see US ISM manufacturing at 00:00 AEST, where the consensus expects a further improvement in growth with the diffusion index eyed at 54.7 (from 54.2). We then hear from Fed governor Lael Brainard, who'll explore further on the new inflation regime and could give us more answers than Clarida.

Keep an eye on the JPY crosses, with solid breakouts seen in AUDJPY, NOKJPY, GBPJPY, and NZDJPY. 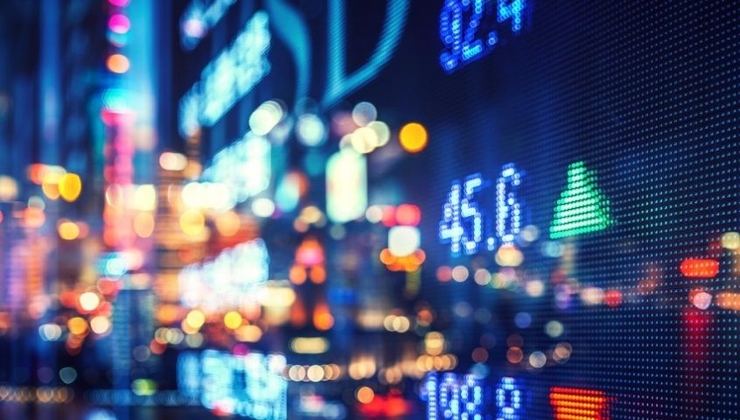 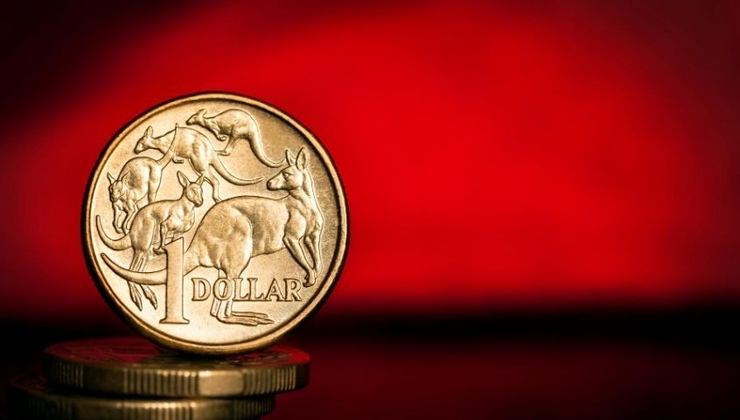