Not just to convincingly take out the Iowa caucus (on 3 February), but is now 8 ppt ahead of Biden to take the full Democrat nominee to go toe-to-toe with Trump in the three live Presidential TV debates (through September-October), and the Presidential election on 3 November. It feels like this is the time to start applying US election"hedges. 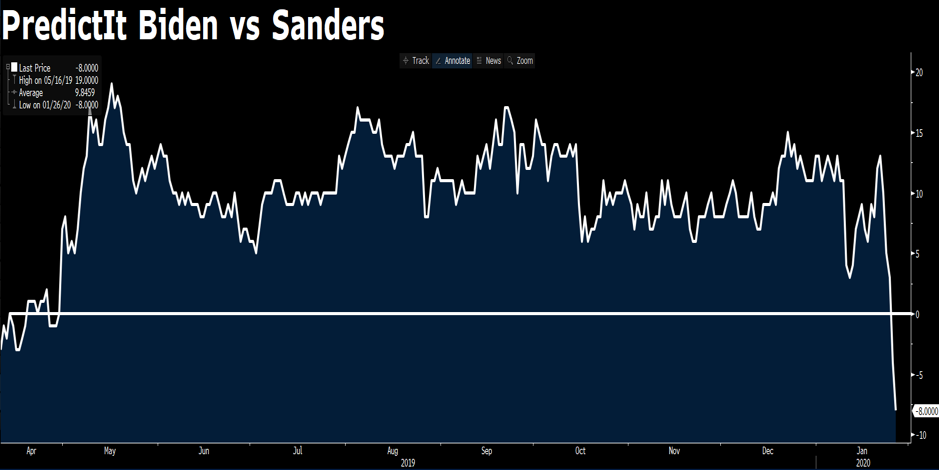 In the equity world, a buyer’s strike is in store for Asia today, although Japan has already part reacted with a fall of 2% yesterday. At this juncture, Nikkei 225 futures indicate the Japanese index should open 0.8% weaker. Chinese equity markets remain closed for Lunar New Year and should remain so until 3 February, although, we can focus on the A50 index futures, which to be fair have been sold fairly aggressively since the 14 January turn and actually reside 5.5% lower from Fridays ASX 200"close.