Chris Weston
Head of Research
Share
The US Treasury market has been bid over the last two sessions, with a slightly weaker tone seen in equities, and bond buyers are making an effort to re-engage, with yields falling across the Treasury curve.

Perhaps this is the ‘value’ play, but the Fed will be pleased, as will the Treasury department and specifically the 5-year part of the Treasury curve seems key – this maturity represents a roadmap on expected rate hikes from the Fed over the medium-term, so after hitting 98.8bp on Monday we see yields now at 87bp and testing trend support (resistance in price). A break here could have further implications for the USD and derivatives of that such as gold.

In Eurodollar interest rates markets we see a similar effect with a punchy 9bp of hikes priced out by 2023, and 2bp by end-2022. This seems fair and while we debate the merits of the Fed eventually moving interest rates the notion of first having to reduce the pace (or taper) of its bond-buying program still needs to play out and there’s no certainty the markets will digest that well. Investors are signalling a line in the sand around futures expectations having gone a bit too far.

We get the FOMC minutes (05:00 AEST) tomorrow and prior to that Chicago Fed President Evans speaks (00:00 AEST), so that may impact price - but the impact of the moves, notably in short-end rates has resulted in a weaker USD and our flows have also been felt in gold. SpotCrude is also getting a good run, partly because of spread cuts of late and partly down to the volatility and movement in the product – On the daily timeframe the range of $57.50 to $62 holds firm, and the buyers have re-engaged to hold the range low. A break of $57.50 and I’d be looking for $54 to come into play quite quickly.

Back on the USD, and we saw a number of reversals play out yesterday in the USD pairs. The USD index (USDX) has been a case study in price action analysis, with indecision seen on the 31st (signalled by the Doji candle), followed by a break lower and a bearish reversal yesterday – we’ve seen follow-through and a break below rising trend support and the 9 March high. While the USDX is weighted heavily towards the EUR (57% of the basket), the short-term lean is towards USD shorts or at least being cautious on the USD.

EURUSD has pushed back, without any issues, above the 9 March swing low of 1.1835 and has scope to push back into the recent highs of 1.1890/1.1900 where I would expect better supply to come in and would look to fade rallies.

GBPUSD has not seen the same love as EURUSD and failed to push above Monday’s high of 1.3913. EURGBP, therefore, has pushed markedly higher, on what appears here to be solid short-covering. A move into 0.8650 may offer the EUR bears a better entry point on this cross.

The RBA remained dovish yesterday in its policy meeting, and despite some positive factors and developments in the housing market, towed a consistent line. AUDUSD has defended the head and shoulder neckline with vigour of late and looks to be breaking above the recent consolidation range high of 0.7664 – longs are preferred here in the near-term for a move above 0.7700 and back into the recent range of 0.7800 to 0.7700. AUDCAD has broken the bearish channel and I’ll be keen to see if price can break 0.9650 or whether the market looks to fade into these levels.

Gold has its eyes set on the neckline of the double bottom at 1755 – a close through here with a build in the rate of change (ROC) and the technical target is $1830. More work needed, but I like the re-test of 1719 lows and a subsequent higher high. The bulls, for the first time in a while, are making their case heard but it's conditional on a further rally in 5-yr Treasuries (yields lower) and the USD finding further sellers. The world has been wholly negative on gold and this makes sense when economics are improving, inflation is heating up but not indicating any scare, cyclical assets have been working well and rising bond yields have made a yield-less asset relatively less attractive. With so much data due out in the next month or two that will strong, one questions how much upside the gold market holds, but then we also ask if everyone knows its going to be better and gold has found a base, is it"discounted? 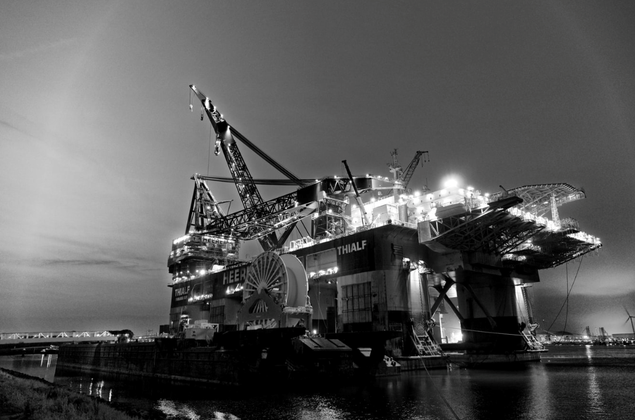