Luke Suddards
Research Strategist
Share
Wow what a week it was for Macro traders. I know it kept me glued to my screen. Found out below more on all the key price moves.

The FOMC meeting came and went with expectations being met for the tapering of asset purchases by $15bln a month going forward (will end July 2022). However, the Fed wanting to give themselves flexibility, caveated this by stating they’d be prepared to adjust the pace of purchases depending on the economic outlook. This cuts both ways in that if conditions improve faster than anticipated then purchases can be wound up faster and vice versa if conditions deteriorate. the statement says. There was another subtle change to the statement on the inflation front. Instead of directly saying inflation will be transitory it was changed to “expected” to be transitory. This to me suggests the Fed have become slightly less confident in their conviction of inflation being transitory and see some risk skewed to the upside. Despite this, Chair Powell emphasized the need to be patient and that the bar for rate lift-off in terms of employment and inflation were higher than that for tapering. Powell kept his cards close to his chest in terms of commenting on rate expectations for 2022 and this would have helped dollar bulls. The dollar looks set to be in a beneficial position – weaker than expected data if not cataclysmic shouldn’t lead to a reversal, but stronger than expected data could galvanize markets to be more aggressive with their taper and rate lift-off timeline providing a tailwind for the greenback. The dollar has responded well to the all-round solid NFP report. 531K job gains occurred, nicely above the 450k expectations. August and September numbers were both revised up from 366k to 483k and 194k to 312k respectively. Average hourly earnings were in line with consensus. Next week we’ll get CPI and PPI data out from the US.

The dollar looks to be heading for a strong close into the weekend. Price rebounded off support at 93.8 and the 21-day EMA. We're now right up at the 94.5 resistance level after it made a new multi month high. The RSI has broken above the range resistance at 55 with room to run before overbought fears creep in. Targets wise, to the upside I'd look towards 94.7-95. On the downside look towards the 93.8 support in conjunction with the 21-day EMA.

The euro with a lack of domestic catalysts and traders trying to untangle the mess Lagarde created with her comms from last week it was all about what the dollar did. However, Lagarde trying her best to clear up last week’s mess did throw a bone to euro doves earlier this week by stating - conditions for a rate hike are unlikely to be met in 2022. As a result of this and the BoE’s dovish surprise yesterday rate hikes have been pushed back into early 2023. For the eurozone economy this still seems a bit too soon. German retail sales data was weaker than expected, eurozone retail sales were bang in line with consensus and eurozone PMI data failed to impress. According to reports, Europe also seems to be in the midst of a fourth wave, however, it will be hospitalizations and deaths which are the key metric to watch not cases. I suppose governments may still react and begin mobility restrictions which would provide a headwind for the euro.

Where do I even begin. Adjectives that come to mind to describe yesterday’s BoE meeting are shambolic, disastrous, calamitous, etc. I do wonder if Bailey or Lagarde are trying to outcompete each other for the title of worst Central Bank Governor. After weeks of hawkish comms from Governor Bailey himself “must act” and Chief Economist Pill “November will be a live meeting” - what I’d describe as actively encouraging hawkish market expectations that had built up, the Old Lady decided to stand pat and hold rates (7-2 vote, not exactly a close decision as Bailey laughably says). The reaction was explosive with the GBPUSD selling off close to 1.5% (still moving lower as I write this) and UK 2-year Gilts shedding around 20bps (a 6 sigma move). This volatility and VaR shocks were completely avoidable and yes Bailey does deserve the nickname of “unreliable boyfriend”. The BoE’s credibility has certainly been damaged in my opinion.

Messaging from the BoE was dovish as seen in their statement, press conference and forecasts. Their inflation forecasts were derived from older market rates’ data implying 1% by the end of 2022 (market saw around 120-130bps pre meeting), yet inflation forecasts are still expected to fall below the 2% target in 3 years’ time and likely decline further after that. That sends a signal that the BoE believe the market got ahead of themselves in terms of their rates pricing. Bailey said as much himself describing markets’ rate pricing as follows - “right direction, a bit overdone, if you want a candid view.” GDP estimates showed a minor downgrade for this year to 7% (7.25% prev), 5% for 2022 (6% prev) and then falling to 1.5% in 2023 and 1% in 2024. Inflation is projected to peak at around 5% in April 2022.

The BoE decided to rather be cautious and wait for the additional labour data to see how the jobs market adapts to the lack of support from the expiry of the furlough scheme which will arrive just before their December meeting. Essentially, diminishing growth and more labour data have been put before inflationary concerns which they deem to be of a transitory nature. Where do we go from here? Well markets are pricing just shy of a 15bps hike by December of this year, however, with only 2 dissents and a historical precedent of never hiking into Christmas could markets be disappointed once again by the BoE? If that wasn’t enough for you, there is serious concern over the UK triggering Article 16 with the EU likely to respond with a harsh approach. Are we heading back to the volatile days of Brexit for pound traders?

Cable has suffered some serious technical damage as it sliced through the 1.355 support. The 21-day EMA is back below the 50-day SMA (bearish short term). The RSI is dropping lower and lower and is now in the mid 30 region. Targets - 1.355-1.36 horizontal resistance on the upside. While on the downside, monitor the 1.34 level.

Not much to comment on this cross as it remains stuck in a range as price takes a breather from its meteoric rise in the past few weeks. Again keep US 10-year yields on your radar for this cross given the close correlation. USDJPY continues to be trapped within the 113.5-114.5 mini range. The RSI is just below the 58 level which served as resistance previously. For now dips should be supported by the 21-day EMA and mini range support around 113.5 area. If we did break that then 113 opens up. Targets, on the upside monitor 114-114.5.

The yellow metal has remained fairly resilient in the face of a stronger dollar and the beginning of the policy normalization cycle by the Fed. Gold is deriving its defensiveness from real yields which moved substantially lower. Given gold does not provide any yield when yields do drop it becomes a shinier prospect for investment. Inflation data out from the US next week could see some price volatility for gold.

$1800 seems to be the hurdle for gold to clear. With a confluence of moving averages all bunched together - it's hard to get a read on price directionality. Price is just above the 200-day SMA which could apply some pressure. The RSI is also sniffing around the 55 level just below 60 where previous price rallies stalled. Targets to monitor - upside $1800-1830, downside - $1775-50.

The main event of the OPEC+ meeting came and went without a hitch with the scheduled 400k bpd being chosen (despite pressure from Biden). The next time we’ll hear from the oil organization will be the 2nd of December. With Europe now looking like they’re experiencing a fourth wave of covid and China seeing a widespread infection, it looks like OPEC+ made the right decision. The US has stated they will look at all the tools at their disposal. A big one would be the release of the Strategic Petroleum Reserve. Other options range from banning oil exports etc. Given the additional demand which is added by the switching from gas to oil, gas prices are a key market to watch. BP expect the market to remain tight as we head into the colder winter months. Inventory data has been bearish for oil as we saw another build in stock levels making it a 5th week in a row. The stronger dollar will also be weighing on crude’s upward momentum.

Oil suffered a big selloff and is now hovering slightly above the key psychological level of $80. The RSI is back below the 58 region which tended to act as resistance in the past at some points. For bulls price will need to hold the $80 level, the 50-day SMA is slightly below this level at $79.20 which should provide some additional support. Below there $78 would be the zone to watch. On the upside my first price target would be $82.50. 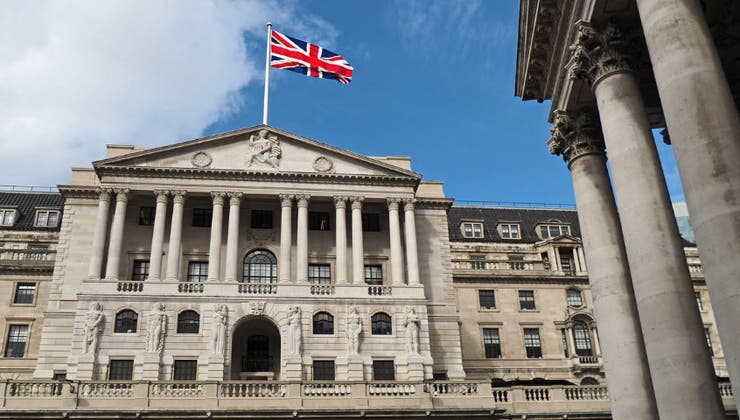 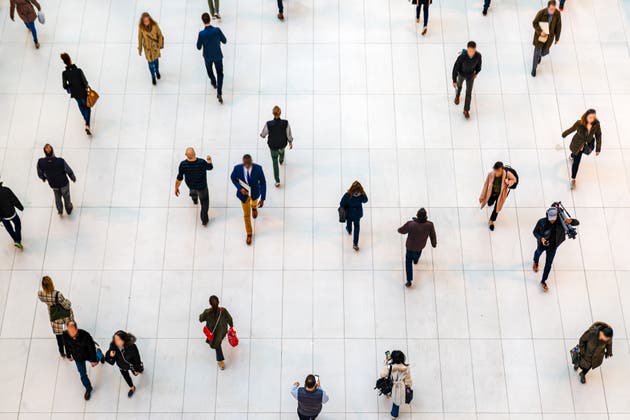 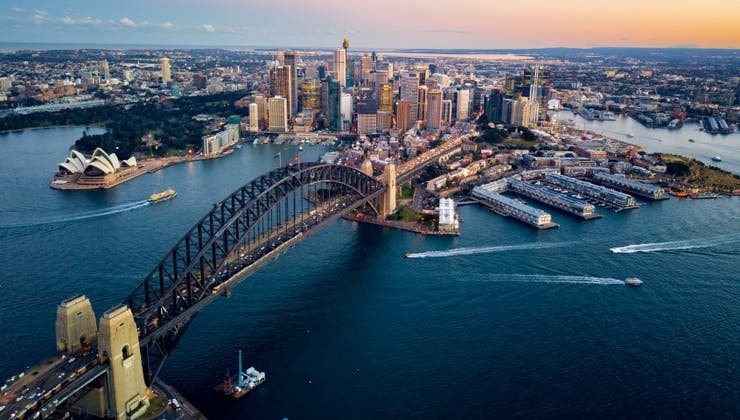