Luke Suddards
Research Strategist
Share
Another volatile week for markets with lots to dissect. Let's take a look below.

It’s been a busy week for the greenback in terms of news flow with the DXY heading for its 4 consecutive week of gains, momentum is clearly strong. The week kicked off with a summit between Biden and Xi which didn’t throw any curveballs towards the market with the meeting proceeding harmoniously. On Tuesday, very solid (above expectations) retail sales saw markets price more hawkish expectations into short term rates and back end yields steepened as a result on the feed through to general economic growth. Following this, Bullard (able to vote next year) proceeded to throw the market some hawkish rhetoric, with phrases like - “we could move faster” and “could hike before taper concludes”. This in addition to Raphael Bostic brings forward his rate hike expectations in line with market expectations – the hawks are emerging from their nests.

Jerome Powell is still the favourite to be renominated as Fed Chair according to prediction markets. Biden does seem concerned about higher inflation so this could lead to a more neutral/hawkish pick over dovish Lael Brainard. However, one positive for dollar bulls is that next year’s rotation of Fed presidents with a vote have a hawkish bias. There were fears that the 10-year yield could spike like last week after the weak 30-year bond auction, however, this week’s 20-year went better than expected seeing the 10-year yield soften a touch. Jobless claims data was mixed with continuing claims better than expected and initial claims a touch worse than expected. We’re seeing some classic risk-off behaviour into the close of the weekend which has helped the dollar stem its previous two day declines. Evidence of this lies in AUDJPY, a barometer of risk sentiment slicing through the 38.2% Fib level and 50-day SMA & 200-day SMA. EURCHF through 1.05 too. DXY bid, gold bid, USDJPY lower, VIX up and US 10-year yield lower.

The dollar has pushed higher today as it looked like it may breach back below its upper trend line of the ascending channel. The RSI is now right on the overbought boundary too. There is a fair amount of distance opened up with the moving averages and price. If we see some profit taking and mean reversion I'd look towards the 95 level (just above the 21-day EMA). On the upside 96.5 would be the target.

The single currency really is in trouble with a confluence of factors aligning to apply pressure. Europe is tightening restrictions to combat the resurgence in covid cases across the continent. Austria will be implementing a 20-day lockdown for even vaccinated citizens with it continuing longer for the unvaccinated. Many other European countries (Netherlands, Germany, etc) are imposing restrictions too. This will sour consumer sentiment, soften growth and certainly provide cover for the EU to maintain their dovish stance. This will further deteriorate spreads not in favour of the euro. Add to this the risk of gas prices soaring again and geopolitical tensions with Russia and it leaves one rather pessimistic on the euro’s prospects. Lagarde was on the wires and twice this week has reiterated her views that rates are very unlikely to be raised in 2022, this had led to the market scaling back on their rate hike bets from the ECB, now pricing it out of 2022. There is the potential for a build up of net shorts in the euro with trend-followers and momentum-based funds, many of them systematic, all over this move lower adding to shorts as price broke level after level. There was nothing noteworthy on the economic data front, however, next week sees flash PMI data being released which will provide insights into the supply constraints as well as how covid is affecting businesses.

EURUSD moved through 1.13 making a new YTD low. Price has retraced some of these losses however we still remain what will now act as a form of resistance. The RSI is plumbing the depths of oversold as well as price candle lows sitting right on the lower trend line of the descending channel. All moving averages point south. EURUSD looks ripe for a short the rallies approach, potentially using the 21-day EMA as a dynamic resistance. Round numbers like 1.14 could also come in handy. On the downside for those already on the short side, 1.125 would be a good level to monitor.

GBP has been in favour this week with traders. Kicking things off we had Governor Bailey on the wires again putting a December rate hike in play and how he was very uneasy about inflation. With the strong labour data, punchy inflation and robust retail sales out today in my opinion the BoE should hike, but who knows after last meeting’s fiasco. The market has scaled back its pricing of rate hikes as fears from Europe spillover. Digging into the reports with a finer tooth comb, 160k more people were added to company payrolls, the unemployment rate declined to 4.3%, weekly earnings a touch weaker than expected but still solid and vacancies remain at record highs. Clearly fears of a slowdown post furlough were given a massive dismissal with this strong employment data. Additionally, it was better than forecast by the BoE at the November meeting. December’s data should continue this trend. Next up was inflation, with headline CPI printing at 4.2% YoY, far above the consensus of 3.9%, highest in a decade and once again above the BoE’s MPC projections. It’s been above the BoE’s target of 2% for 3 months in a row. Lastly, on the topic of inflation remember there will be another adjustment in the energy price cap around April so that will add to inflationary pressures further.

Market pricing of rate hikes over next year is quite full so this obviously creates a risk of a readjustment downwards which would weight on GBP crosses. Lastly, we have to mention the latest news on the Brexit front, both negotiators are meeting again today, Frost has repeated ad nauseum that significant gaps remain and that Article 16 is still on the table. Gove was positive stating he believes progress will be possible without the triggering of Article 16. We’ll have to see what happens on this front as its fluid and likely to chop and change.

GBPUSD got dragged down by issues over in Europe having to give up its strong run of form. Risk sentiment souring tends to hurt the pound. Price stopped just short of the 1.355 level just above the 21-day EMA. The RSI has also rolled over now and could follow price lower towards oversold if we see a sustained decline. Key levels to watch will be 1.355 on the upside as well as 1.34 on the downside.

Yen is benefiting from safe haven flows and a large decline in US 10-year yields. The yen does well when risk aversion rises and that’s what we’re seeing play out here today in a nutshell. USDJPY remains stuck in its 113.5 to 114.5 range following the ebb and flow of US 10-year yields. The RSI is heading towards its mini range support at 46 too. If the 113.5 level breaks then the former low around 112.7 comes into play as well as the 50-day SMA around 112.5. On the upside 114.5 would be the zone to watch.

Gold has remained resilient despite continued dollar strength, rising real yields as well as stronger economic data. Inflationary fears (UK inflation numbers spill over) are likely creating a floor for gold around the $1860 region until a new catalyst drives price action. Also, uncertainty about a potential dovish Fed Chair could also be weighing on gold being more decisive. Today’s risk-off behaviour could also see the yellow metal attracting some safe haven flows too.

Gold is stuck in a tight range around $1860. On the upside $1900 beckons for the bulls and on the downside $1830 would be an important level of support (21-day EMA too). The RSI remains just above previous resistance at 62. The 50-day SMA looks like it wants to cross above the 200-day SMA.

The black liquid has had many factors to navigate this week. The US has been trying to drum up support for a global coordinated release of oil reserves from China, Japan, India and South Korea in order to stem the bullish price action of oil. Who knows what Biden has up his sleeve, the rumour mill is in overdrive with some suggesting we could see 1970s style price controls (long before I was alive), export bans and the latest idea is to investigate the behaviour of oil and gas companies. Gas is back on the radar as delays to the approval of a pipeline from Russia is raising fears of a supply crunch just as winter sets in. Inventory data showed a drawdown vs an expected build with stock levels at Cushing inching lower and lower to multi-year lows. Today’s large sell-off is explainable as risk sentiment turning nasty which hits high beta assets like oil, stronger dollar as well as covid ramping up again in Europe diminishing the demand picture for oil.

Oil sold off aggressively today, but has now retraced some of its losses and finds itself around the $80 mark after tagging $78. Talk about volatility. The 50-day SMA could cap further price gains for now as well as the 21-day EMA, which is also just below the $82.50 level. That would be the target on the upside and on the downside if $80 is breached then look towards $78. 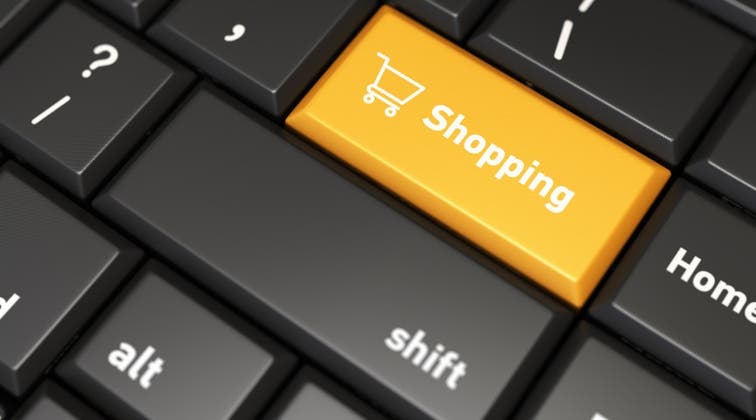