FX markets have been mixed, with the AUDUSD down 23bp on the day, having pulled back from a session high of 0.7188, after what was an ordinarily Aussie strong jobs report – AUDUSD resides at the 18th percentile of the Wednesday range, although we see the NZD as the weakest link in G10 FX and plenty of focus on the AUDNZD daily - where we see the pair having broken out to the highest levels since October 2018 and eyeing a move into 1.1000. If you like playing relative central bank divergence, which is a great fundamental way to trade, then you see it front and centre in AUDNZD. 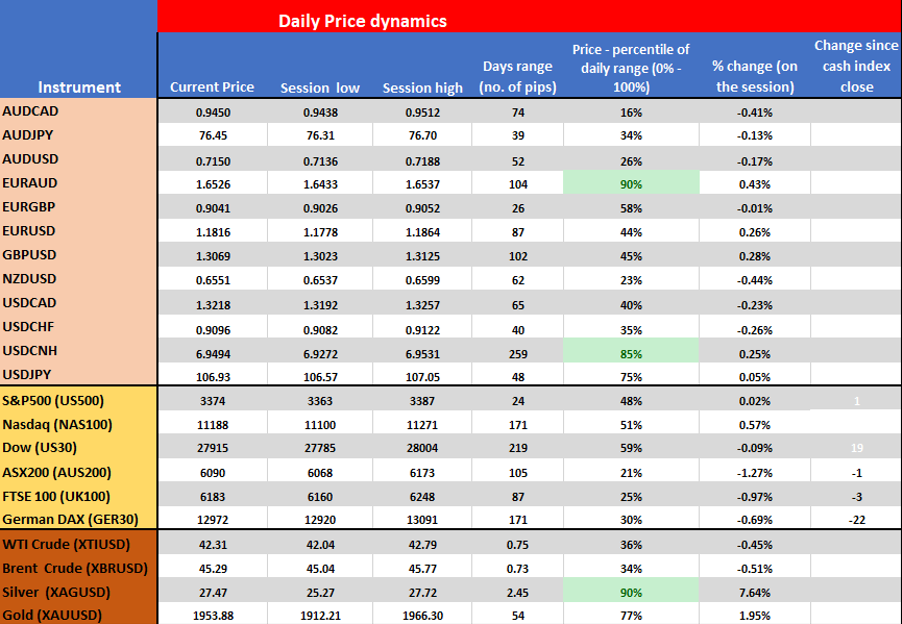 A look at prices within the session range (percentile)

I flagged the RBNZ meeting as a volatility event in Monday’s note, but I just admire the RBNZ – they offer definitive quantitative views on rates and economics and they don’t mince their words. They are pro-active and if they want something they don’t sit on their hands to see how things evolve, they make it happen, or at least they try. This to me is why AUDNZD is going higher, and pullbacks will be supported in this bull trend. That said, the AUD is hardly the pillar of strength if you look across the FX spectrum and for those wanting a higher beta move then look at EURNZD where the trend is less mature and is looking like it is good for 1.81/82 by early next week.

USDCNH has been interesting, with price pushing to 6.9272 before finding solid buyers and stopped shy of printing a bullish outside day. The pair was bid all through Asia and remained so through Europe and US trade, with comments from White Advisor Kudlow, who said China was a subverting force worth watching. The bid in USDCNH resonating in USD buying vs the China proxies – AUD and NZD, with the USD finding additional support from a further decline in US initially weekly jobless claims (-228k to 963k), with continuing claims falling by 604k to 15.48m.

The interesting aspect is that while we’ve seen selling in the Antipodeans the MXN and ZAR have performed well, notably USDMXN is trending lower now and the bears are eyeing the recent lows of 21.85.

We gear towards the US July retail sales (today at 22:30 AEST) as another USD catalyst, with expectations of 2% MoM growth, with the control group gaining 0.8%. I know the US report GDP on an annualised basis, but Q3 GDP is tracking at 20.5% (source: Atlanta Fed GDP nowcast model), a number Trump is now actively peddling.

On the equity front

UK/European equities closed lower, with the UK100 the underperformer, closing -1.5%, and we’ll see how Asia trades as our UK/EU equity out-of-hours pricing has a flat open at this stage. US equities are mixed, with the NAS100 cash closing +0.19%, and US500 cash closing -0.2% - markets coming off their highs (around 3am AEST) thanks largely to comments from Senate Majority leader Mitch McConnell that the next legislative session won’t be until September, subsequently reducing the idea that we’re to get a fiscal stimulus bill passed soon – a fate most had been anticipating. I stay positive on the NAS100, although, the fate of the index is so dependent on Apple these days. I thought it was interesting that they announced a $5.5b debt issuance, when they obviously don’t need the money, but its so dam cheap to issue debt – just buy the equity – you know that they’ll use excess capital to buy back outstanding shares anyhow.

Consider the tech giant only $35b away from hitting the $2t market cap. Crazy stuff.

It’s hard to go past the moves in gold and silver, as they have dominated the flow. Interesting as well that real Treasury yields have risen, not by much (1bp), but we’ve seen nominal yields lifting 5bp in 10s and 30s and this hasn’t impacted the precious metals space at all. That said, as Asia gets under way we’re now seeing better sellers, certainly in silver which remains the high beta play here and one for those with higher risk tolerance.

New highs in US equities, but can we learn anything from the options markets? 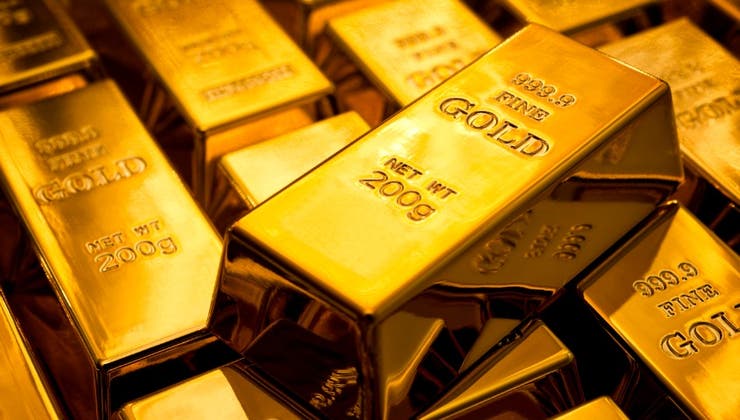