Share
The next round of Brexit negotiations kicks off on Monday with expectations especially low for any kind of agreement or breakthrough.

The EU and UK remain far apart on most important issues with the 1 July extension deadline looming ever nearer. A closing press conference on Friday that signals no delay to the transition agreement will push EUR/GBP towards 0.91. We update our 2020 Brexit timeline and discuss three possible scenarios. 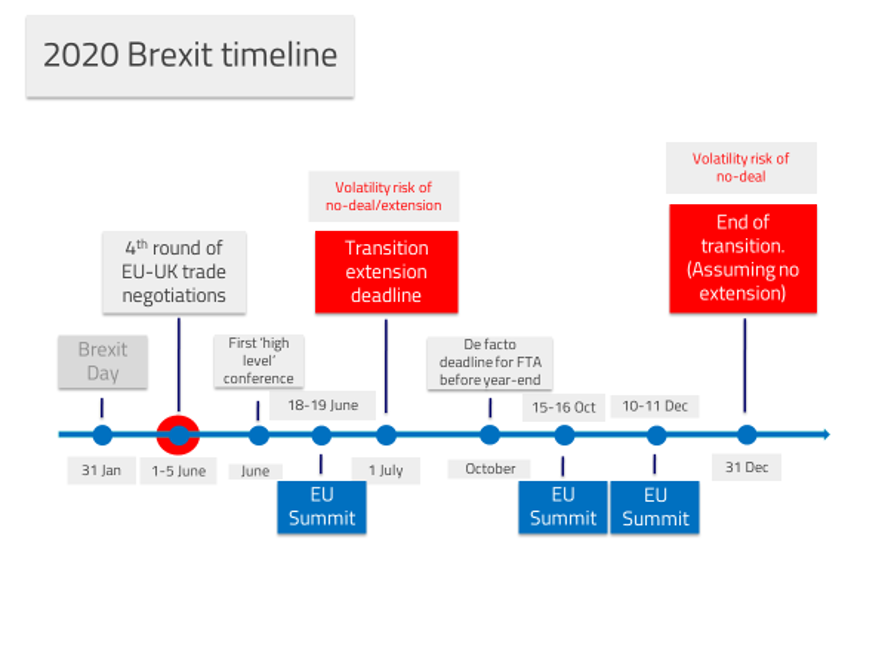 According to the timetable, the goal for these talks was to have finalised negotiations on several key issues including security and fishery, and the ‘level playing field rules’. There would then be a meeting in mid-June before the deadline for extending the transition period closes on 1 July. So far, negotiations have been frosty at best, with the level playing field, entailing worker’s rights, taxes and climates among other issues, remaining particularly difficult.

It seems where markets were all set for some kind of basic FTA wih negotiations prolonged, an extension of the transition period is now the most hoped for outcome. All of this has not been helped by the coronavirus, which has made the June deadline even more tenuous.

As we have said before, the UK wants the former - a ‘lite’ FTA with a lengthy implementation phase - and some of the current UK-EU arrangements, like security and data, preserved until a final deal is done. Ideally, this deal with zero tariffs and quotas on goods, and limited provisions for services would be ratified and agreed by the end of this year. Sterling would certainly get a boost in this outcome with gilt yields spiking higher as well.

Boris Johnson and his government has promised they will not ask for an extension. There is also a clause, for what it’s worth, in the Withdrawal Agreement Bill that prevents any transition extension without a formal amendment of the bill. Does Boris really it mean this time? He now commands a strong majority in Parliament and he may have decided there is a long enough time before the next election in 2024 to ride out an expected economic downturn. Indeed, with the UK consumed by the coronavirus and Brexit fading as the major uncertainty, perhaps now is a good time to make a clean break from a depressed Europe; for sure the Brexiteers in the Conservative party would argue so.

No extension of the transition and no trade deal is the default position, which could pose a severe recession risk and tip the Bank of England towards negative rates, even with the likely collapse in sterling that would ensue.

A one-off extension for up to two years must agreed by 1 July. Neither the UK or EU benefit from no deal or WTO rules, while completing and also ratifying a trade deal by the end of this year is now seen as very tricky. Recent surveys have suggested the general public support an extension and there would potentially be chaos if there is no deal, with little preparation done. Both gilt yields and sterling would be expected to rise if an extension was granted.

As is customary in these negotiations, we may not see any meaningful progress until the deadlines are very close, with the defacto October one being the most significant. The EU hope the UK and Boris Johnson are bluffing and will ultimately ask for an extension at the last minute, while the Johnson government hope Michel Barnier can be more flexible with his mandate and a Canada+ deal is in sight. Very little progress has been priced into sterling at the moment, but the uncertainty of this week’s negotiations should see GBP drift lower until we get to the brink, as usual in these talks. 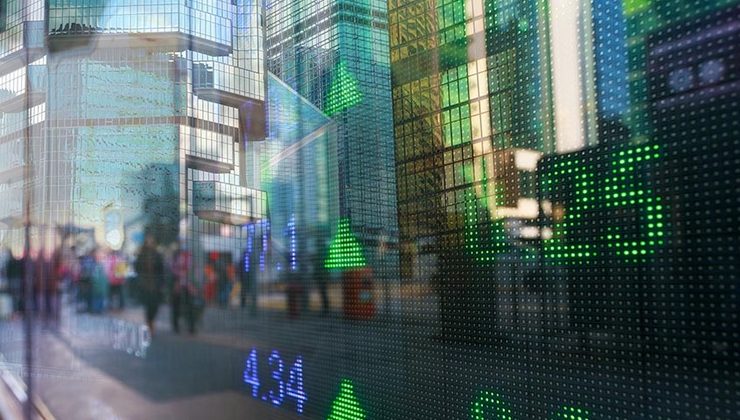 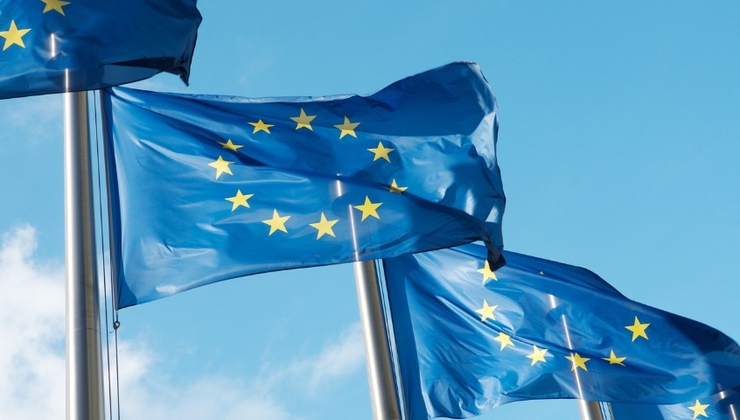