Homepage/Crypto volatility - a day many will never forget/
Crypto

Chris Weston
Head of Research
Share
It’s been a huge session for traders and Crypto traders specifically, and one which won’t be forgotten in a hurry.

One questions just how much psychological damage has played out, with $9.13b in liquidations taking place across the exchanges (over the past 24 hours), with an incredible $532b in total volume transacted. We may not know for a while, as it’s too early to say if the rebound we’ve seen off the lows in Crypto has legs, but as we roll into Asian trade I question if we'll get a chance to catch our breath or is there more volatility in store? 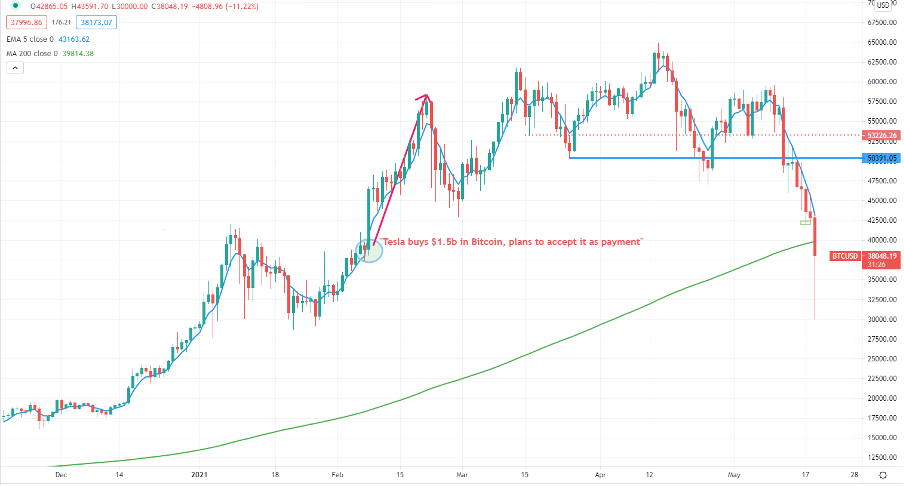 One thing is for sure, with implied volatility in Crypto so incredibly high, as you’d expect when we’re seeing 30%+ moves on the day, this is schooling many on the merits of position sizing. It must absolutely be top of mind, front and centre. When trading any market devoid of real fundamentals moving this wildly on headlines and flow, it must be respected. This is a market for traders – those who don’t fall in love with a view – that take the timeframe into 30 minutes and below.

We can put this move on China and the headlines that came out on prohibiting transactions on Crypto exchanges, with three Chinese regulators warning about speculation – should we really be that surprised by this message given they'll be rolling out its digital currency, possibly to coincide with the Winter Olympics?

As we’ve seen in the tape, Crypto was already falling into the China news, aided by the recent news of Musk distancing himself from Bitcoin, which has brought up the carbon footprint and environmental aspects in its Proof of Work mechanics.

Many will have simply said Crypto is a bubble, especially the boomers out there.

It’s really all about liquidity and momentum

However, one thing is perhaps overriding this and that's many of the assets and instruments that worked incredibly well in a ‘forget fundamentals, it’s all about liquidity’ investment backdrop, that morphed into a momentum and FOMO trade, have shown greater vulnerabilities. Underperforming of late - with a solid rotation into value areas of the market. We’ve seen steady net selling of Crypto since 12 May, with increased talk of a rotation in gold as a preferred ‘store of value’. While no one would've expected flash crash type moves, consider we don’t see these moves play out in positively trending markets.

And it's not just Crypto – although that's the poster child of this movement – but SPACs, recent IPOs, ARK Innovation and Tesla, to name a few have all lost their bid.

Why? For me the overriding factor is liquidity and the timing of lower liquidity and that's having huge ramifications. We're debating, not just a slower pace of central bank asset purchases (QE), but when QE comes to an end and when the Fed start to hike. A massive ‘if’ of course, but that's the debate. The year-on-year rate of change in central bank asset purchases is falling.

The FOMC minutes released in US trade, added the line that a “number” of FOMC members are open to tapering the asset purchase program, which has caused a 13bp rise in US real Treasury yields. While this came out at a time when Bitcoin et al were rallying, this message from the Fed will just re-enforce the future lower liquidity headwind.

Volatility is here to stay

So, while the extent of the moves has shocked, the fact that we’ve seen this liquidation play out will not surprise with the benefit of hindsight. The big Crypto players (like Michael Saylor and Justin Sun) have come out and disclosed they used the dip to purchase more coins, as did Tom Brady – but one thing seems assured and that's volatility in this space is going to be around for a while longer. 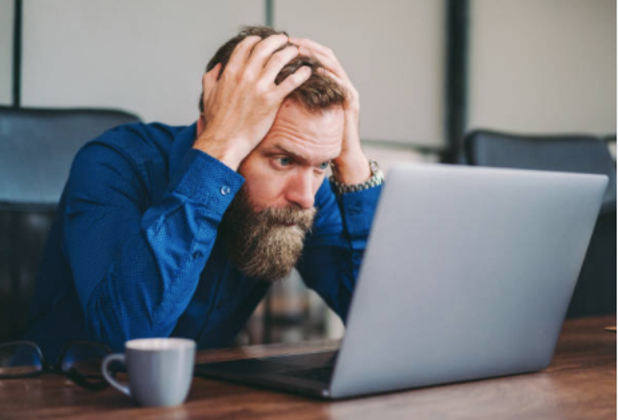