Chris Weston
Head of Research
Share
On Wednesday morning (AEDT) CBA report 1H21 earnings. Given that NAB, WBC and ANZ don’t report numbers until May, CBA’s numbers may read through to the banking sector and even the ASX200 more broadly.

Something in the numbers for all traders

There will be a micro and macro element to the numbers. At a micro level, we can look at CBA in isolation and trade the earnings numbers versus consensus expectations while also taking our cues from the outlook. On a macro level, we know the Australian economy is in repair and looking for a far brighter 2021. Recall, the RBA recently forecast (in its SoMP) Australian GDP to rebound 4% in 2021 while lowering its unemployment forecast for 2021 to 6%. They've committed to keeping rates low to “2024, at the earliest” and showing limited concerns around housing or asset prices more broadly. 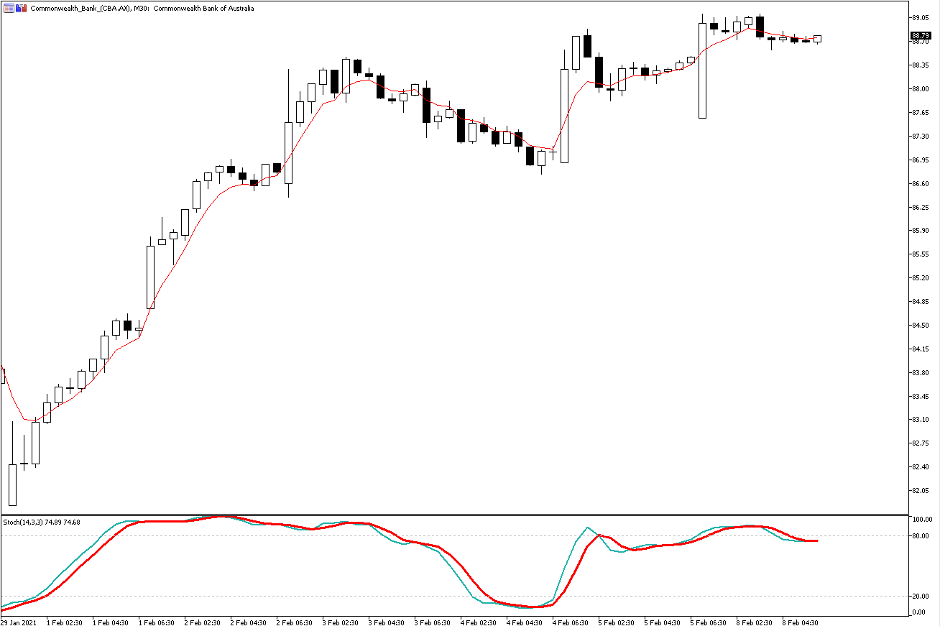 With this improvement in mind, it wouldn’t surprise to hear CEO Matt Comyn speaking on a positive note about the Australian economy and its balance sheet. Which depending on the extent of optimism even holds the potential to influence the Aussie bond market and the Australian dollar.

Specifically, commentary around the demand for credit given the boom we’re seeing in many housing metrics, fuelled by an incredibly competitive interest rate environment. Also in focus is the normalisation of the bank’s asset quality, with focus on the deferrals of total loans, which are headed below 2% from a peak of 10% (May 2020) and subsequently commentary on whether the bank will look at reducing the full deferral amount. Bad and doubtful debt themselves are expected to improve, with bad and doubtful debts and gross loans, and acceptance (GLA) falling from 0.52% in 2H20 to 0.3% in 1H21.

On the earnings side, the market will head straight to 1H21 cash earnings where consensus is calling for $3.954b. Again, if we contrast this against the previous corresponding period (PCP) this represents a decline of 9.2%. However, it feels that the market will reduce its timeframe and look at these numbers’ vs 2H20. This will be driven by its net interest margins (NIM) which are expected to decline 11bp vs the PCP to 2%, although only marginally worse.

Capital management will be closely followed and investors will also be keen to look at the percentage of its reported profit it pays out as a dividend. The bank had a payout ratio of 81% in 1H20 and 59% in 2H20, so it feels likely they will target a 60% payout ratio or higher.

In terms of volatility and movement the options market implies a move on the day of 3% - higher or lower. Should that play out that could see the February 2020 highs of $91.05 come into play and would be a fairly big catalyst for the financial sector. By way of form, CBA has fallen on five of past eight half-year earnings reports, so its pedigree is unconvincing.

Consider that while many feel CBA has the lowest leverage to an economic upswing in the Australian economy, its share price has outperformed ANZ, NAB and WBC in the past 12-months and added 8.1% YTD. Price is also 12% above the broker consensus 12-month target, so on traditional measures it's ‘expensive’ and possibly a reason why 8 of 15 brokers have a ‘sell’ rating on the stock - not that it really means much to those trading short-term, where the flow of capital will be driven not be lagging indicators such as analysts’ ratings, but by the optimism heard in the tone of the commentary and the quality of the overall numbers for the 1H and how they fit into the full-year estimates.

For Aussie shares and AUS200 index traders this is clearly an event to focus on. Ready to trade the opportunity? Trade AU50 share CFDs with Pepperstone.