Luke Suddards
Research Strategist
Share
Tesla is one of the most exciting companies around and this highly anticipated Q2 earnings release could be incredibly lively. Let's take a look at what you need on your radar.

Tesla remains the poster child of volatility (7.2% average absolute move on earnings’ releases with 5 out of the past 8 being negative) and is one of the top picks for momentum traders. Expectations are always lofty for this share due to its cult like following, so if we get a mediocre earnings release without much to sink our teeth into then price could be hit hard. Estimates for key metrics are as follows: EPS – $0.974, Revenue - $11.371 bln and a gross margin % of 21.99%.

This is a company which is heavily sentiment driven and derives a lot of its allure from its futuristic nature, so fundamentals tend to take a back seat, however, it’s worth mentioning some of the key data points to keep an eye on.

Starting with the macro environment, Tesla is certainly not a defensive stock and got dragged down with other high beta assets during the risk-off period of late. Given, its high growth cash flows lower yields will boost Tesla’s value. If the US 10-Year yield decides to revert back to its uptrend it could put pressure on Tesla.

Moving onto Tesla specific analysis. The key factors to monitor on the investor call will be 1) Progress on their factories in Texas and Germany in order to expand their capacity 2) China teething issues – regulatory, safety and domestic competition from local EV companies, especially since China accounts for circa 30% of Tesla’s total sales 3) How Bitcoin’s decline has affected Tesla (helped in Q1, but may act as a drag for Q2) as well as the digital currency’s future use within the company 4) Insight around new models such as the Cybertruck 5) Guidance on H2 delivery numbers (Tesla just beat consensus estimates for Q2 deliveries at 201 250) 6) A more advanced autonomous driving software.

Tesla has had its fair share of problems this year particularly with the supply chain pressures causing chip shortages for the automotive company, rising freight costs and soaring raw material input prices. The one major risk which makes many uncomfortable about Tesla is the extent to which its net income is comprised of regulatory credits. This is problematic as traditional car manufacturers moving into the green EV space will become less reliant on purchasing reg credits from Tesla, therefore Tesla has to become more profitable on its core automotive business instead of relying on reg credits. 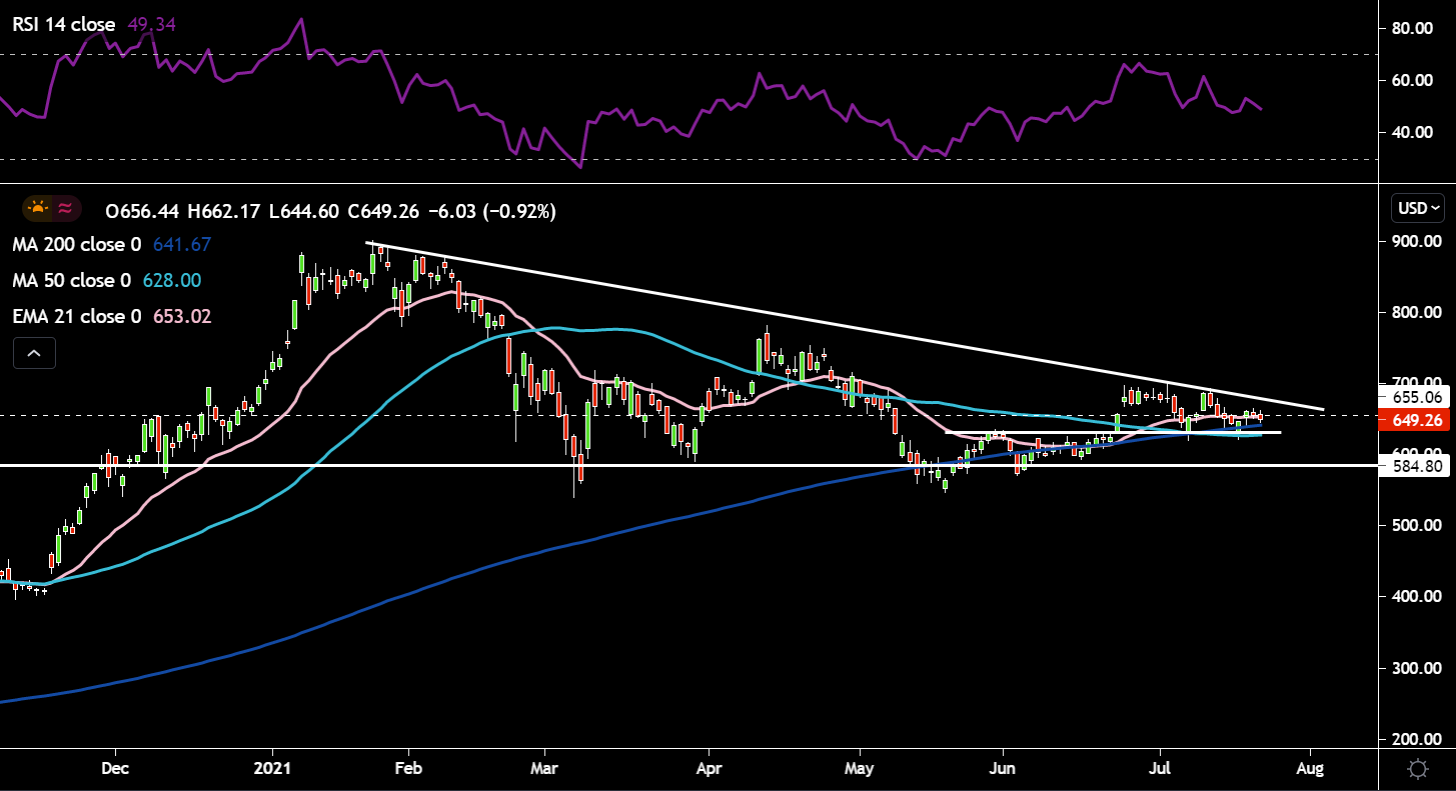 On the charts, Tesla seems to have formed a large descending flat sided triangle pattern, usually a bearish omen as price breaks through support. The 50-day SMA is also below the 200-day SMA, having made a death cross in early July. The 50-day SMA is supporting price dips currently as well as the horizontal support around $630. The RSI is kind of in the middle of know man’s land. There is resistance on the upside in the form of the downtrend line as well as the $655 horizontal resistance. $700 would be my upside target (where price was trading and finding resistance throughout June) on a solid earnings release whereas on a poorly received set of earnings I’d look towards the $600 support level.

Importantly Tesla is scheduled to report shortly after the cash market close on 26 July, where it’s earnings should dominate the news flow in after-hours trade. We're one of the few brokers who facilitate trade in Tesla in the after-market, specifically on our MT5 platform. Learn more information on how to access MT5 for share CFDs or watch our short video. 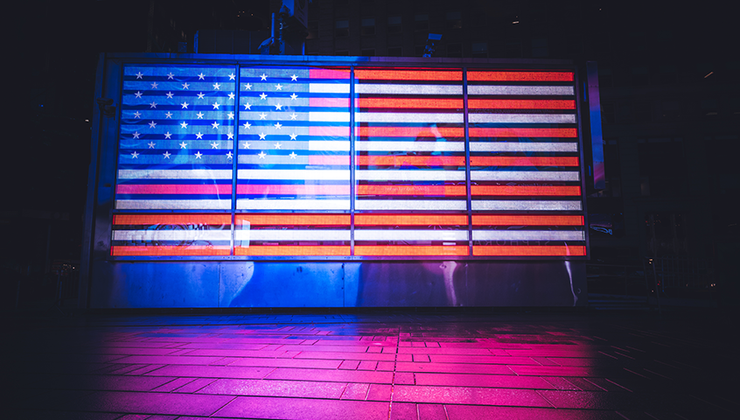 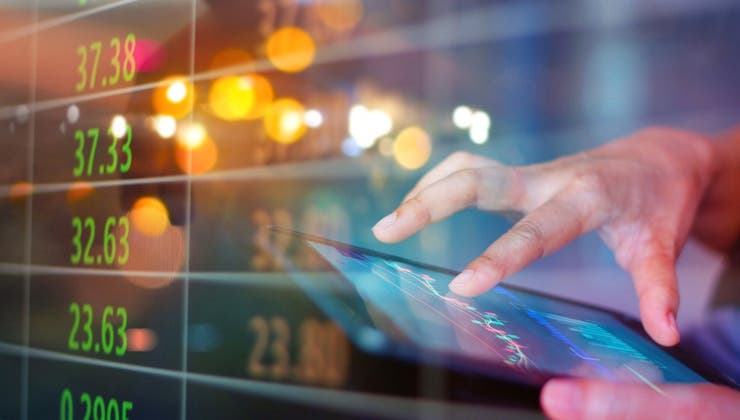