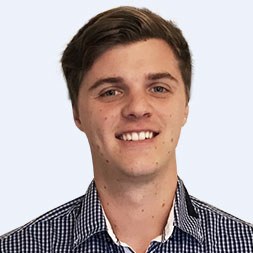 Next month we’ll see the much-anticipated Litecoin halving take place on Aug 5. This event will result in Litecoin’s block reward for their miners, reducing from 25 LTC to 12.5 LTC per successfully mined block.

There’ll be a reduction in the amount of Litecoin being distributed to exchanges, which will then be sold on to individuals and merchants, with subsequently fewer Litecoins being added to the circulating supply. If demand for the asset remains, this should, in theory, result in a price increase. However, the speculation behind the halving event itself is one of the major reasons Litecoin has seen a return of 202% year-to-date. You can argue that the market has already priced this in.

For existing miners, this will slash their current profit per day by more than half. It's likely that many existing miners will leave the network as a result. Litecoin creator, Charlie Lee, has expressed that the block reward halving will be a "shock to the system" for some, and predicts the speed in which blocks are confirmed and mined will become much slower until the difficulty rate readjusts after the event.

To predict future price movements for the upcoming halving, it's important to take a step back and use history as a guide to forecasting what may happen. In 2015, after the previous year's bear market, Litecoin's price rocketed from US$1 in January to US$9 — a whopping 720% increase in the space of seven months. The price peaked at US$9 early July, as a large sell-off followed, resulting in a 64% drop 26 days from the halving. After the halving took place, the following two weeks saw a 45% decrease as the price plummeted down to US$2.4, before settling around US$3. That remained around the average price for the course of the subsequent year, until the famous 2017 bull run.

So, how does this align with the upcoming halving currently 20 days away?

Charlie Lee believes that those purchasing Litecoin now are doing so on the self-fulfilling prophecy that the price will increase. But at this stage, it's highly probable that price has already peaked in relation to the halving event. Similar to the 2015 run-up, price bottomed at the start of 2019 — in what’s considered the end of the 2018 bear market, with a huge increase following. We saw a 545% gain from January, to the current peak of US$146 in July 2019, although more recently have seen a large sell-off right down to US$75. The 48% downturn can predominately be down to the correlation Litecoin shares with the price of Bitcoin and the recent weekend's pullback; however, the comparison of both circumstances is telling. Based on the history of the 2015 halving, the volume and strength of this 40% downside move, as well as Lee’s scepticism, we may be in for more dumps in the coming weeks.

As part of our crypto CFD offering, we’ve seen interest pick up in previous weeks, and are expecting further interest in the halving to pick up in the lead-up to the event. That offers great opportunity for shorts on any rallies. Previous support now turned resistance at US$100 will provide bears great R:R plays, with targets for any sell positions being the Fibonacci golden ratio of 61.8% at US$70. In the previous halving, price retraced and settled at roughly US$3 post-event — three times the January 2015 price of one Litecoin. If history were to repeat, three times the 2019 January bottom would put us at US$60 per Litecoin, which, given the strong technical support at the level, would provide another great sell target. Bitcoin's price trajectory must also be a consideration, as, quite frankly, if the price of Litecoin is to break through US$75, Bitcoin will have to break down through 8,800 to 9,000 on its way down to US$8,000.

For the bulls, a strong break in the short term above US$106 would offer good short-term value, as the next resistance would be up to levels at US$120 per Litecoin.

While most speculation has been on the build-up to the halving, what’s to be expected of price months after the halving?

Expect some stability in the few months after the halving, as interest calms, with healthy upwards growth a feasible scenario after the lessened coin distribution starts to take effect. Bitcoin will also be splitting the block reward in half mid-2020, which is likely to elevate the price of other major coins as it’s done historically. This bodes well for Litecoin holders in the long term, as any Bitcoin gains can be expected to be mirrored to the price of Litecoin.

It's been a frantic but positive few months for crypto holders. While we can prepare as best we can for what may lie ahead, it's always important to expect the unexpected in the crypto world — for your own sake.