Chart of the Day: Gold flies to six-year high

Tensions between the US and Iran flared further over the weekend, propelling gold to a six-year high as investors seek safe havens in a risk-off mood.

Since the Friday trading session closed, Iran scrapped its commitment to the 2015 nuclear agreement, which limited the country's level of uranium enrichment, and Iraq’s parliament voted to expel US troops from the country.

President Trump took to twitter today to unconventionally notify US Congress that he is prepared to strike should Iran retaliate. He threatened US retaliation of a “disproportionate manner.” 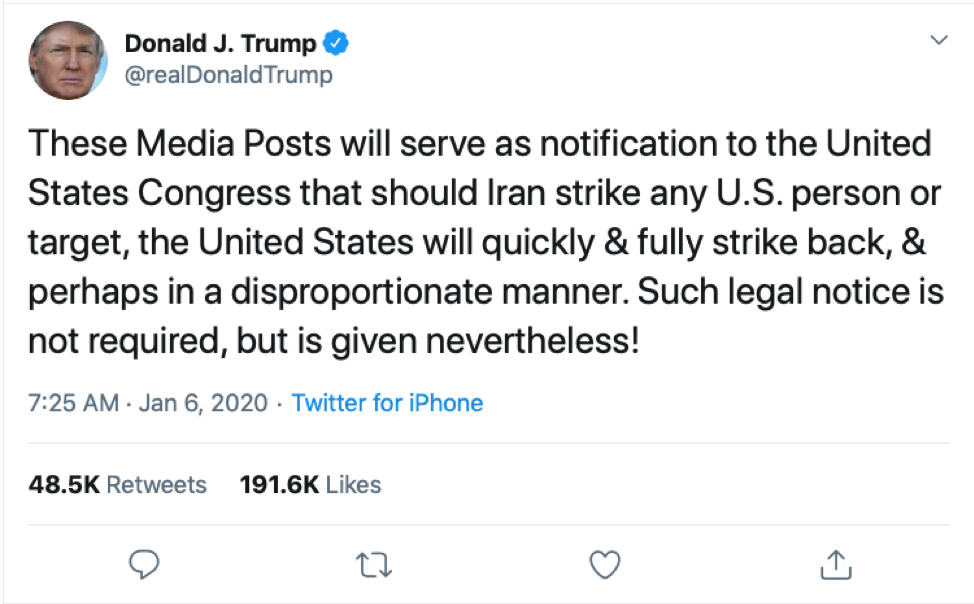 As the fallout widens, XAUUSD (gold) is trading at the highest levels since April 2013. Gold has been steadily increasing over the last two weeks from an open on 23 December at 1478.19. Friday’s news gave the most significant bid up, before gapping higher again on today’s open at the 1560.08 level. That’s a 5.54% increase since two weeks ago, and a 2.03% increase since Friday’s open. Gold is currently tracking even higher.

The Japanese yen has strengthened against the USD, as investors pour money into safe havens. USDJPY opened lower aty 107.841 this morning after closing Friday at 108.113. This morning’s open at 107.841 was the pair’s lowest print since 11 October.

Should we see retaliation, or even stronger rhetoric threatening it, expect gold and other safe havens to push higher. The situation is uncertain and very tense: this could be just the beginning.