Chart of the Day: USDCNH

As detailed in today's edition of the Daily Fix, USDCNH will be one of the clearest guides for traders on what’s going to be at the epicentres of market considerations — that being, high-level trade talks between the US and Chinese negotiating teams on 10 to 11 October. 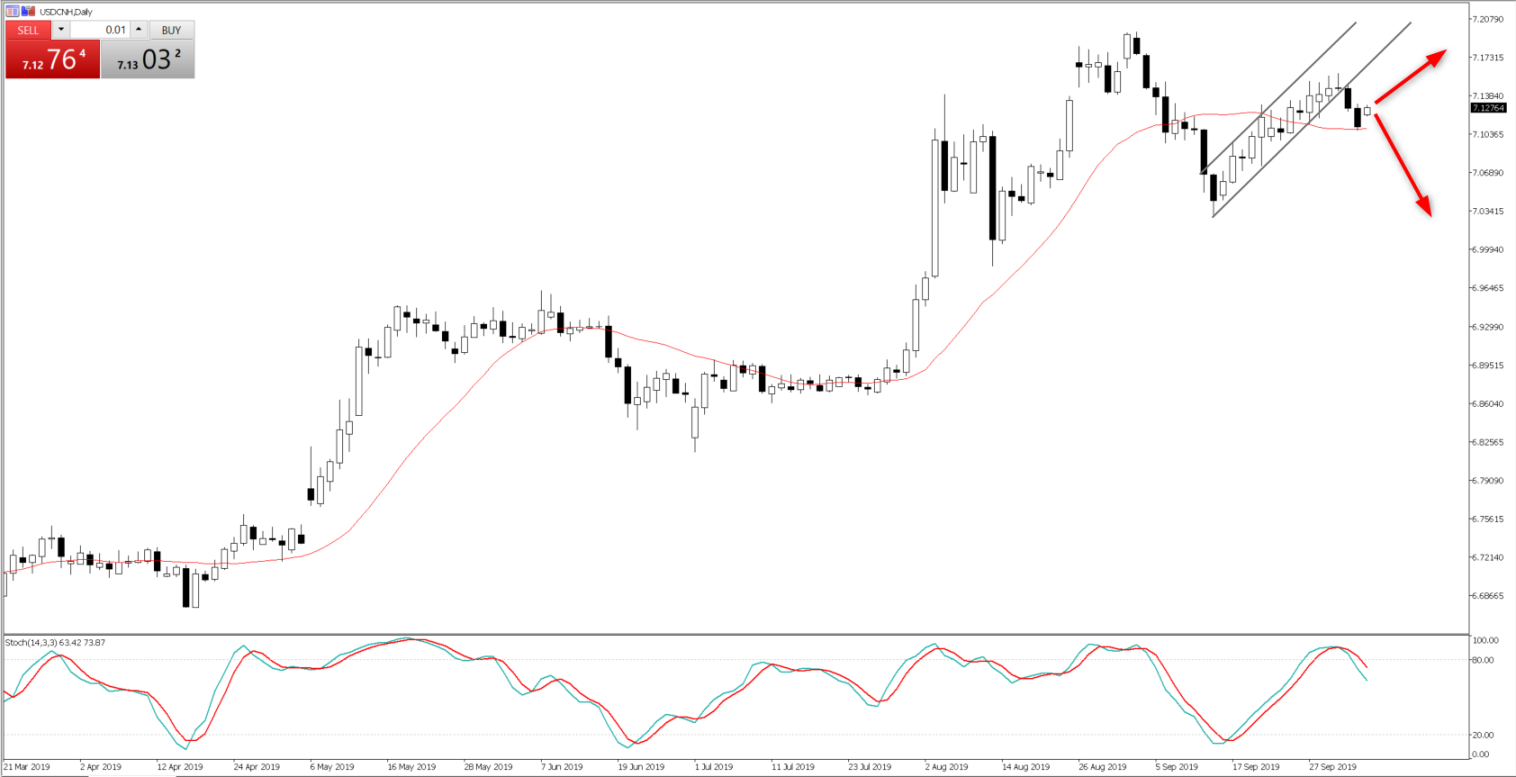 Bloomberg has reported that senior Chinese officials have indicated the range of topics they’re willing to discuss has narrowed considerably, with reports Premier Liu He will shy away from reforms to government subsidies and industrial reforms. Clearly, expectations are being managed accordingly. But there’s little doubt that when proceedings are underway, risk assets will be sensitive to any clarity on what’s the big question for the week: Will there be enough in the dialogue that suggests the US could hold off from implementing tariffs on the USD $250bn of imports from China (on 15 October), or will the tariffs kick in as planned?

At a simplistic level, if the market feels the tax will go ahead as planned, then we can expect a reasonable pullback in USDCNH. While on the other hand if we hear limited rhetoric that suggests a delay is unlikely, then USDCNH should push higher. The importance of this pair shouldn’t be overlooked. And should USDCNH push higher (CNH weakness), we can expect selling in the likes of AUD, NZD and even equities, and vice versa.

We should also consider recent comments from White House Director of Trade Peter Navarro, who on 4 October detailed that there’d be “no small deal.” So, this suggests that while the tariffs could possibly be delayed, the prospect of reaching a lasting agreement before 2020 is low and plays into my view that I want to tactically buy any pullbacks inspired by a below if the tariffs will be delayed.