A tweet from US President Donald Trump showed just how overexposed the world was to the JPY, gold and the CHF, with some rapid position adjustments taking place at the start of US trade. 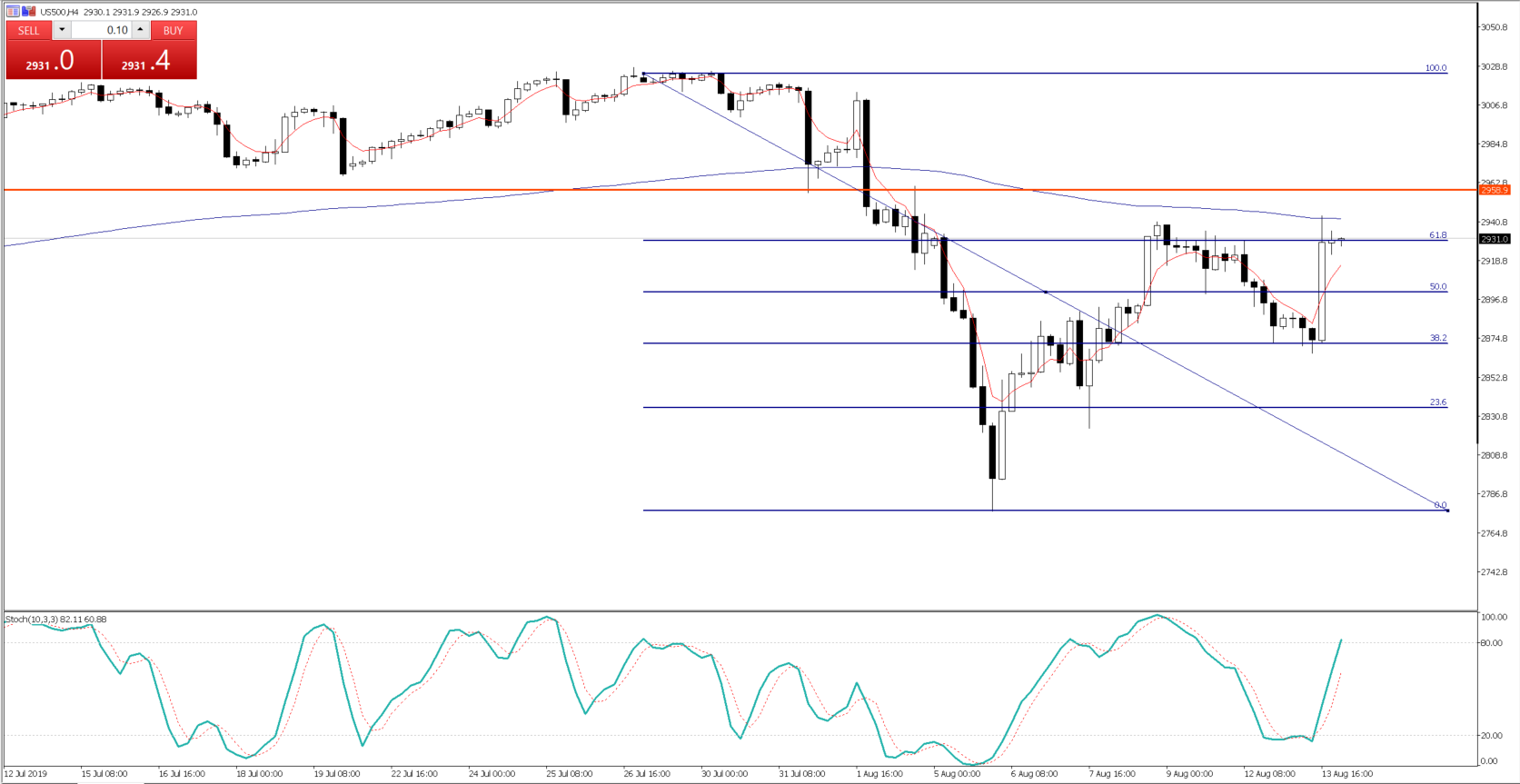 The market has been treated to so much bad news of late, that when we heard that Trump was giving the US consumer a slight reprieve by staggering the recently announced 10% tariffs on US$300bil of Chinese exports, we saw a reversal in risk sentiment. From 1 Sept, the 10% tariffs will now only cover US$103bil of goods, with the balance going up to 10% on 15 Dec. Trump has framed this as a way of helping consumers ahead of Christmas, with the goods covered in this tranche weighted towards consumer products.

Most importantly, we haven’t seen news of China having to offer anything in return. We’ve also seen a punchy rally in the CNH, which has helped equity appreciation. Certainly, after all the negative news, this tweet caught traders off guard — just as it did when Trump initially tweeted that he was placing the 10% tariffs on China a couple of weeks ago. That said, we watch price here. While this has been signs of relief, there are still too many factors suggesting this was nothing more than a short-covering rally, with price finding sellers into the 61.8% retracement of the July-to-August sell-off.

Horizontal resistance kicks in at 2,958, with the 200-period MA also holding up play. So, the bulls will want to see price move convincingly through here. If traders fade this rally, then a move through the bullish candle low and 38.2% retracement (of the aforementioned move) of 2,871 would give me some confidence that we’re headed back to 2,800. So, at this juncture I’ve turned neutral on the index, with a focus on a break of 2,958 and 2,871 to define a more lasting move.