Silver is flying, with the price up 3.6% on the session and the much-watched gold/silver ratio getting crushed. The session moves have taken the year-to-date (YTD) gains to an impressive 24%, although if we price in AUD, the YTD gains are even more impressive at 29%. 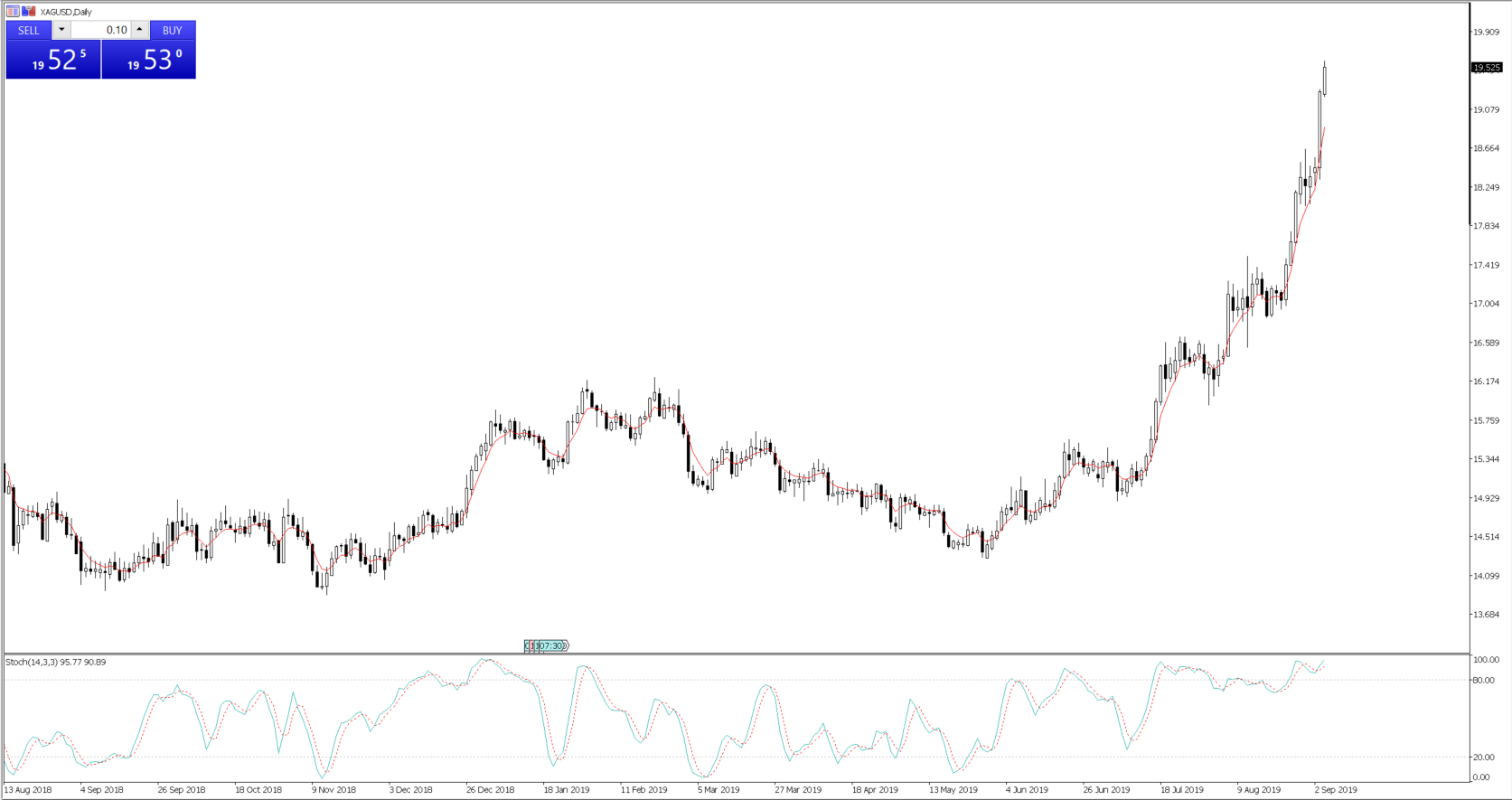 The move on the session played out with a tweet from US President Donald Trump, hitting the markets with another hawkish and defiant tweet on China. This brought out silver buyers and hardly screamed of convergence between Trump and Xi Jinping. As we’re so used to now, bond yields fell and precious metals rallied.

This came out shortly before the US ISM manufacturing printed 49.1, which was far worse than the 51.2 consensus call. It was the first contraction in manufacturing since August 2016, and the lowest read since January. St Louis Federal Reserve President Jamie Bullard also changed his call for a 50bp cut in the September FOMC meeting. Again, this only incentivised silver buyer.

The question really is whether to buy now or on a pullback within the bullish trend.