For those who trade gaps, you won’t see a bigger one than on the daily chart of Brent crude — with one, if not the biggest, one-day percentage move you’ll see. The news that Abqaiq, the world’s biggest production facility, had been attacked by drones has seen Brent and WTI crude price spiking in Asian trade. 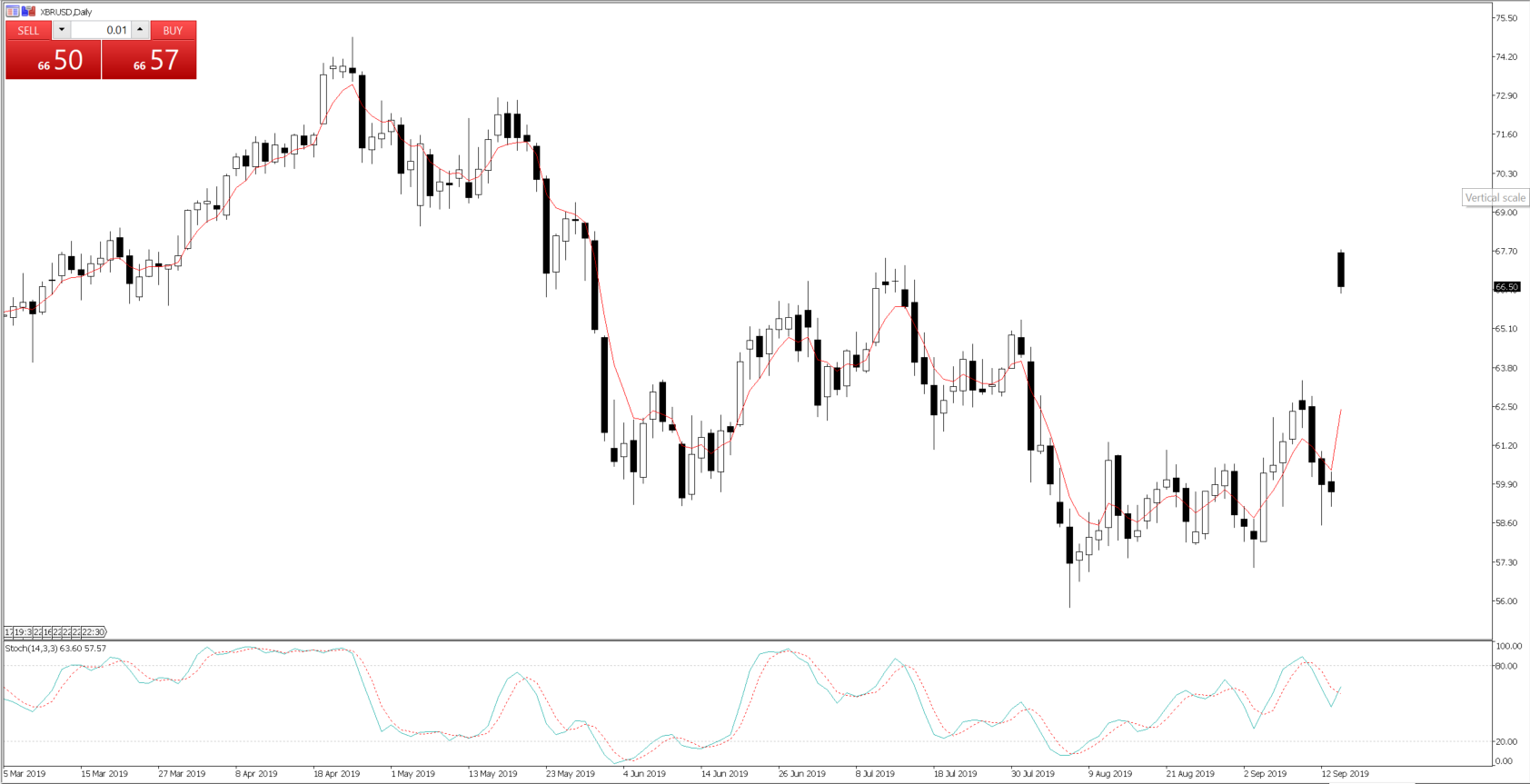 The loss of output equates to around 5% of total world crude output, which is seen as the biggest disruption to the oil market ever. It’s significant, and the reaction we’ve seen suggests the market sees this as an important development significant enough for US President Donald Trump to order the release of US oil reserves.

The other talking point, and why oil could rally from here, is whether we see a repeat of the attacks or whether the weekend hostilities form the basis for a larger breakdown in relations, potentially raising the prospect of a military confrontation between Saudi Arabia (and the US) and Iran.

Consider that only last week we’d seen a belief of a lifting of sanctions on Iran, as well as even a “secret” meeting between Trump and the Iranian President Hassan Rouhani on the sidelines of the upcoming US General Assembly. The moves in oil today suggest that’s far less likely. We watch this space with new interest.