It's hard to go past the moves in various global equity indices, with the S&P500 (US500 on MetaTrader 4 and MetaTrader 5) printing its third consecutive record high. The US500 index was joined at an all-time high by the Dow and Nasdaq 100, while the FTSE 100, ASX 200 and DAX have seen bullish upside breaks in the bullish trend. 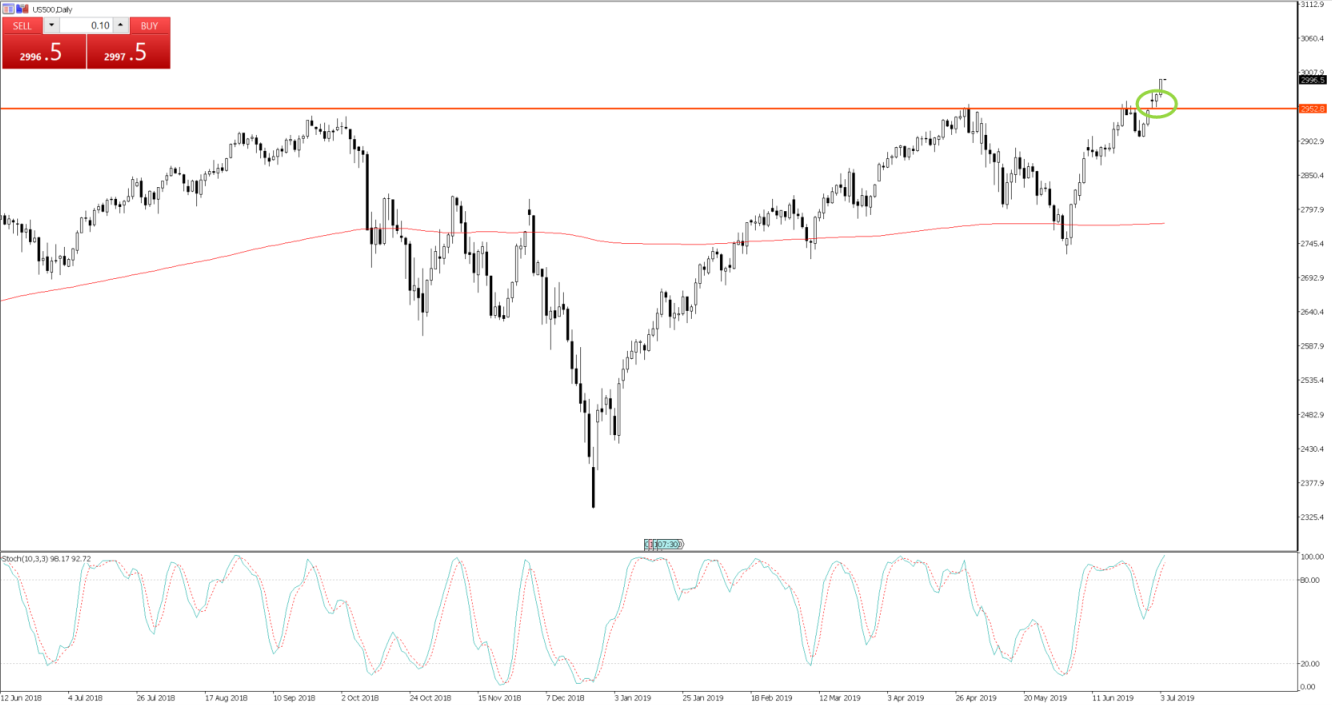 I wrote about liquidity and the “buy everything” mantra in the Daily Fix. But there’s little doubt there’s a melt-up in equity markets caused by liquidity. The perception of global central bank easing and the trend is very much our friend at this stage. If I look at the market internals (of the S&P 500), there are no screaming signs of euphoria with a mere 14% of companies closing at a four-week high, while only 8.5% of the 500 companies in the index closed with an RSI above 70. We can also see 76% of companies above their 50-day moving average, and 73% above the 200-day average. These are not levels where I’d argue give us a contrarian “sell” signal yet.

If I were to be somewhat discouraged by the moves of late, it’d be that volumes have been poor. That’s no surprise, however, given the early close for Independence Day holiday. We’ve also seen defensive sectors outperformed more cyclical sectors, while low-volatility stocks have outperformed high-beta names. In a truly bullish market, you’d like to see the riskier end of town outperforming.

Key risks to the bullish trend would be a new found belief that the Federal Reserve will hold off from cutting rates in the July meeting — while US Q2 earning season kicks off 15 July, with Citigroup starting the ball rolling.