Chart of the Day: AUDCAD

All eyes will fall on Federal Reserve Chair Jerome Powell’s testimony to the House Financial Services Committee (00:00 AEST), and whether he offers any clues as to the Fed easing by 25bp in its July FOMC meeting. We also have the Bank of Canada meeting statement due out at the same time. FX traders won’t know where to look, with both carrying volatility risks in their own right. 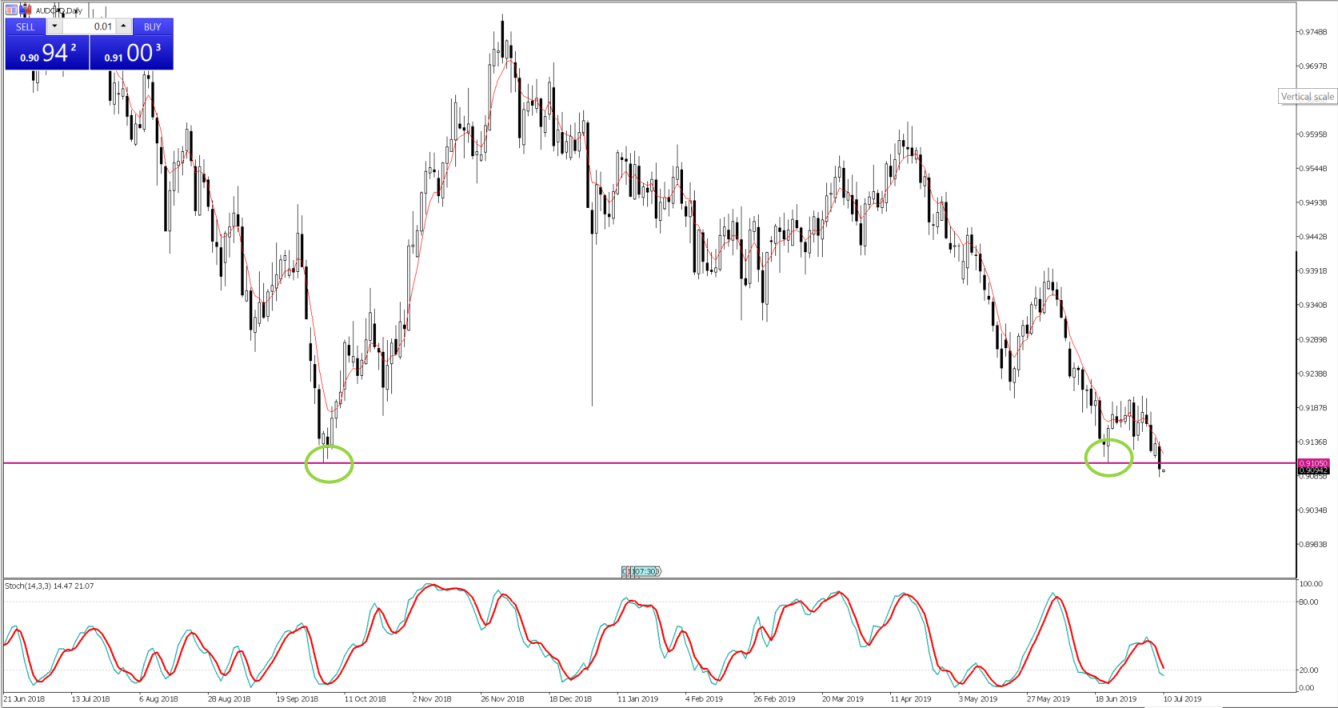 The BoC won’t move on rates, the swaps market places a mere 3% of a change here, and no economists are calling for a cut. But, as always, the market will look at what’s priced in over the 12 months and see 11bp of cuts priced in here. The question, then, is whether the tone of the communication matches this pricing structure. So, should we hear the bank strike a more optimistic chord, then we could see the CAD find further buyers. That certainly seems the higher probability given the recent wage and inflation data. You see a bank that sees things as quite balanced domestically, with greater external risk.

USDCAD is interesting given the dynamics of two event risks playing out at the same time. However, we can take the USD out of the equation and look at the setup in AUDCAD, which has closed below the April 2018 and June 2019 lows (highlighted by the purple line). While I’d tend to reduce exposures into key event risks, the fact the pair is so heavy goes some way to show we have clear divergence between two central banks and their respective settings. This strikes to the very essence of FX markets, and it’s what creates lasting trends. That being, we have the Reserve Bank of Australia with an easing bias — having already cut by 50bp — while the BoC holds a neutral bias.

So, AUDCAD is one to watch, especially given the pair is tracking at the lowest levels since mid-2010.