Chart of the Day: All that glitters is gold

It’s hard to go past gold as our Chart of the Day, mainly because it’s getting just so much attention from traders. The move definitely feels toppy. But there’s so much momentum behind the yellow metal that pullbacks should be limited — where perhaps the biggest risk to gold longs is a strong convergence in trade talks between Donald Trump and Xi Jinping on 28 June, at the G20 meeting in Osaka, Japan. 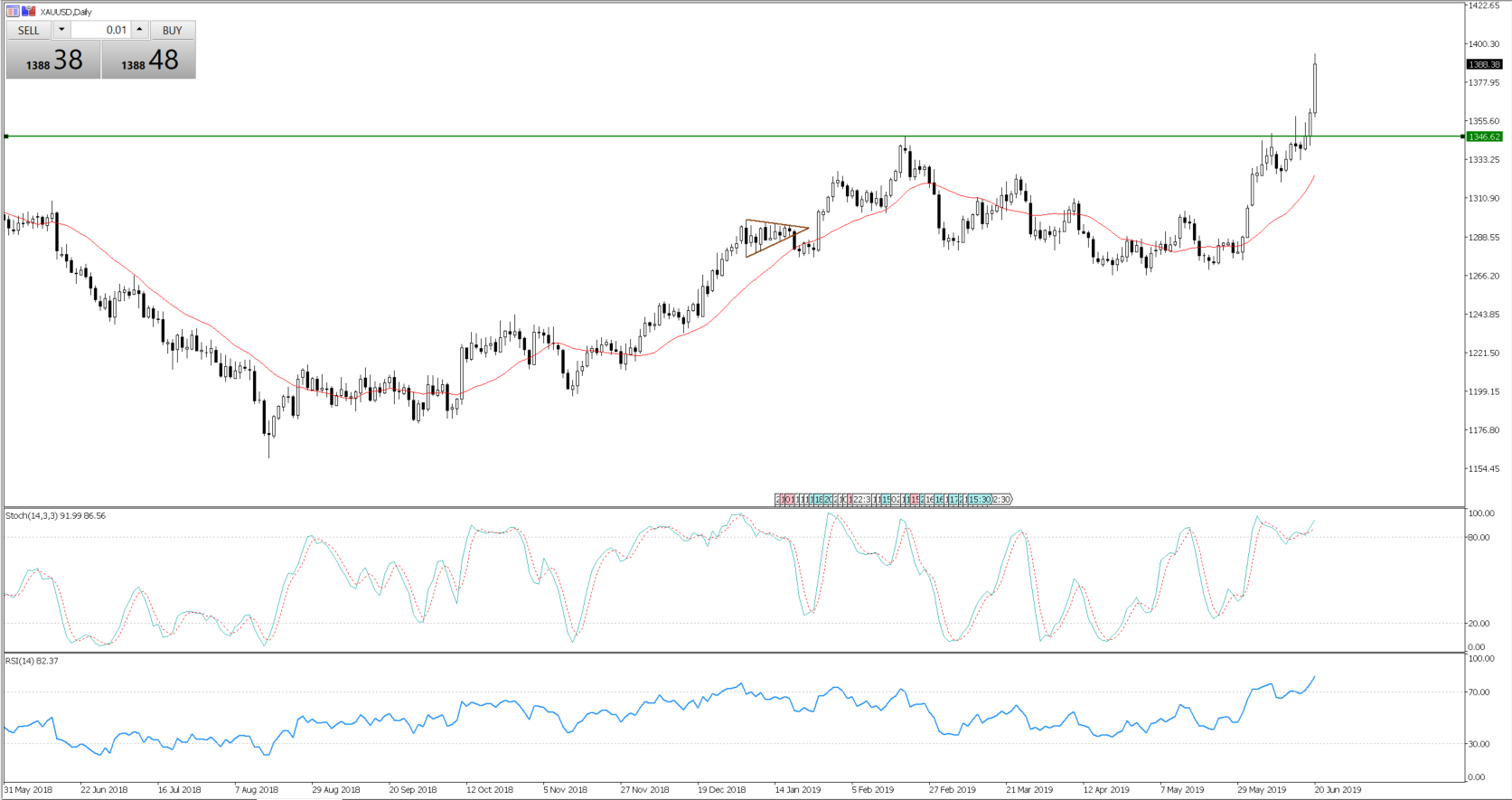 Implied volatility in gold has exploded higher, while the demand for calls over put options has pushed out to the highest levels since September 2011. If the options market is telling us anything about spot gold, then it’s a sign that there’s perhaps too much love for gold, and that some of the heat needs to come out of the price. The 14-day RSI has reached 81.3, which again shows an accelerated rate of change in price. While this in itself is no reason to be short, it does limit the risk-to-reward trade-off.

The fact is, gold has found a purple patch, with traders seeing the door open for rate cuts in July from the Federal Reserve and the Reserve Bank of Australia. The European Central Bank expected to formally alter its guidance on policy in the July meeting. Where we expect a rate cut and even renewed asset purchases. Perhaps outside of Norway and China, the markets aren’t just pricing one or two cuts but an easing cycle, and this is undoubtedly increasing the attractiveness of gold.

Gold is working beautifully as a hedge against broad currency weakness. The fact that US five-year “real” (or inflation-adjusted) Treasury’s are just 15bp (basis points) from turning negative is key for gold. The USD index (USDX) is threatening a break of the 12 June low, having closed below the 200-day average. A further breakdown would suggest that the XAUUSD will be the weapon of choice.